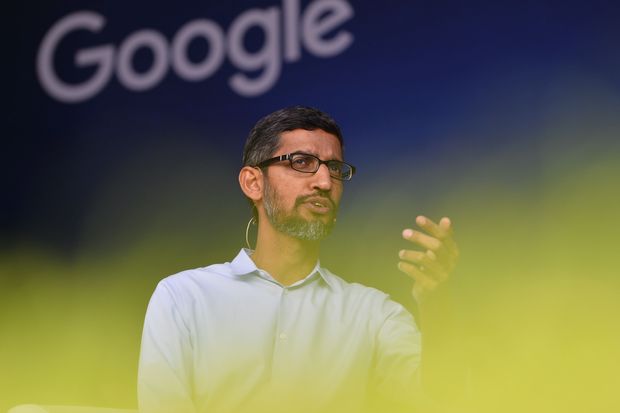 The historic lawsuit will be an underlying theme, both in the short- and long-term, when Google announces third-quarter results on Oct. 29 -- the same day as Facebook Inc., Amazon.com Inc., Apple Inc., and a raft of other tech companies. Read More...

The Department of Justice’s lawsuit against Google for abuse of its dominant search-engine business raises regulatory alarms days before it releases financial results.

Antitrust storylines abound. On Oct. 28, Google Chief Executive Sundar Pichai is scheduled to testy before the Senate Commerce Committee, with the CEOs of Facebook and Twitter Inc. TWTR, +0.08%, on their handling of content.

What Google and other members of Big Tech face this year and beyond is the inescapable notion of legislation, lawsuits and fines in the U.S. and abroad. On Monday, the head of Japan’s Fair Trade Commission said that country was prepared to work with the U.S. and Europe to address perceived market abuses by Big Tech.

For now, Wall Street isn’t particularly spooked: Google shares are up 3% since the lawsuit was announced early Tuesday, and up 20% in 2020. What’s more, digital advertising revenue in the U.S., where Google and Facebook are dominant, is expected to grow 17% in 2021 after an 8% increase in 2020, according to Canaccord Genuity analysts Maria Ripps and Michael Graham.

Indeed, many financial and legal experts are convinced Google won’t crumble under assault from federal regulators.

An unnamed antitrust expert hosted by Wall Street firm Jefferies calls any actions by government “more noise than substance.”  Their conclusion is based on the theory that any action will take years to play out, and it is difficult to win under current antitrust laws.

“Although Google search has intuitive appeal given its high profile, our expert believes it will be a tough case to win, as: 1) search product is free; and 2) there are a number of alternatives, including search outside the browser such as with apps (e.g., product search on Amazon, travel search on OTAs/metasearch sites),” Jefferies analyst Brent Thill said in an Oct. 13 note. Thill has a buy rating and price target of $1,800 for Google shares.

At the heart of the Justice Department’s lawsuit is Google’s partnership with Apple Inc. AAPL, -0.95% Google’s flagship search engine is the preset default on Apple’s Safari mobile browser, begging the question from analysts on how the iPhone maker may be impacted.

“Should this [lawsuit] result in any change to the licensing agreement, it could be a modest negative to AAPL’s EPS [earnings per share] power — though we see this as a low probability event,” Evercore ISI analyst Amit Daryanani said in a note Wednesday.

“There’s a difference between dominance and excellence,” said Schmidt, a board member of Alphabet until last year. “We worked really hard to avoid any illegal activity. It’s bad public policy to use antitrust to regulate.”

Walmart is snapping up e-commerce market share from Amazon