The first big week of earnings season will kick off with a study in contrasts. Read More... 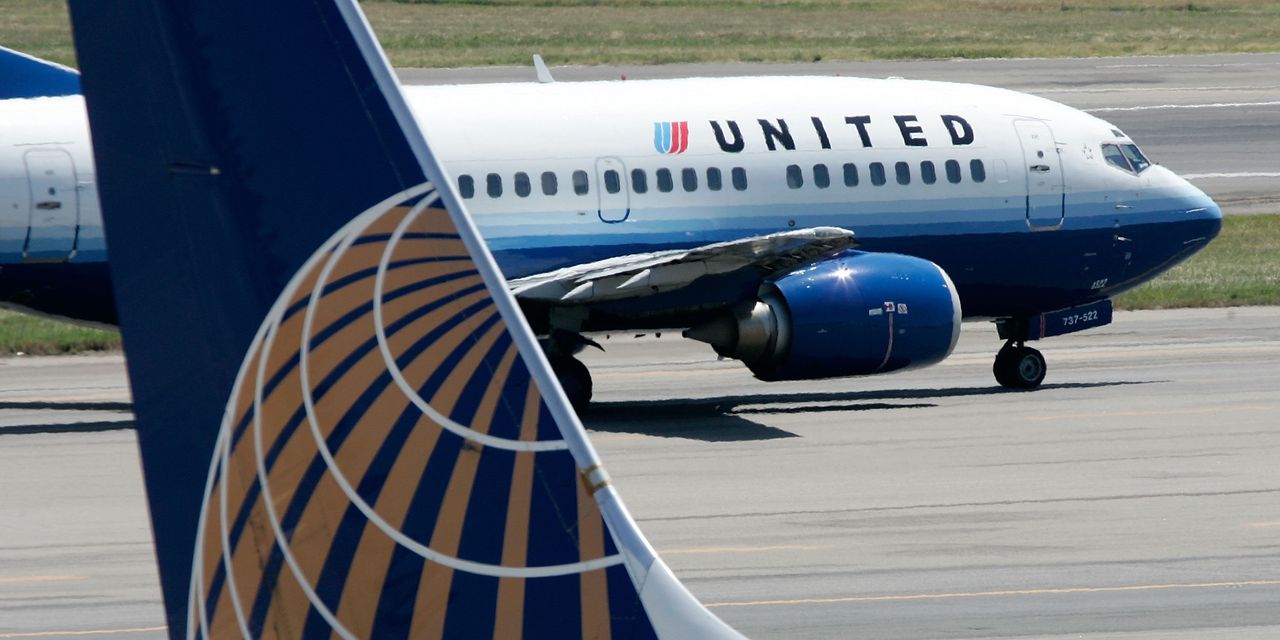 The first big week of earnings season will kick off with a study in contrasts.

The tech and airline sectors feature prominently on the earnings calendar, offering a glimpse of industries that have enjoyed vastly different fates during the first year of the pandemic. While many tech companies have benefited from an increased reliance on digital tools, the airlines continue to suffer from depressed travel demand.

For more: Tech’s COVID-19 boom won’t last forever, but it’s not going to end just yet

Netflix Inc. NFLX, -0.49% and Intel Corp. INTC, -0.42% are among the first tech companies due to post results, and they’ll show how momentum has held up as the economy starts to recover.

Netflix added 36.6 million subscribers globally during 2020, but analysts are concerned about the pace of subscriber growth going forward once people start doing more activities outside their homes. Likewise, Intel capitalized on surging sales of personal computers, an industry trend that continued into the first quarter, but some worry that demand for new PCs may have been pulled forward.

Streaming in the Age of COVID-19: Your streaming subscriptions reshaped Disney and turbocharged Netflix — now comes making more money off you

Airlines sit on the other side of the recovery equation. Judging from Delta Air Lines Inc. DAL, -0.38%, which already posted a first-quarter net loss of more than $1 billion, investors know that airline earnings still won’t be pretty this time around, but the industry is banking on pent-up demand for travel once more people are vaccinated and more countries lift travel restrictions.

The first big rush of earnings reports comes amid heavy optimism about a profit recovery and perhaps the largest quarterly increase in corporate earnings in more than a decade. Analysts surveyed by FactSet project that earnings for the S&P 500 SPX, +0.36% grew 30.1% in the first quarter, nearly double the projected growth rate of 15% that analysts were expecting for the period as of late December.

The new blended growth estimate, which takes into account already-reported results as well as estimates for companies that haven’t yet posted results, has grown substantially just since the start of the week, when analysts were projecting 24.6% earnings growth for the index. Helping matters is that bank earnings already overwhelmed expectations: Analysts now project a 118% profit increase for the financials sector once all results are in, up from the 79.5% rise that was projected at the start of this week.

International Business Machines Corp. IBM, +0.76% kicks off earnings season for the tech sector with its Monday afternoon report, which will show whether a reopening of the economy is helping to boost information-technology spending.

Netflix follows Tuesday afternoon, with questions not only about the company’s ability to maintain its subscriber momentum as the world reopens but also about its potential to extract more revenue from existing customers. The company recently raised prices in the U.S. and Canada and is also testing a program that would crack down on the practice of password sharing.

Intel’s actual earnings Thursday will likely be overshadowed by bigger themes, especially since the company already an indication of its March-quarter results and full-year outlook last month when its new chief executive Pat Gelsinger laid out a strategic road map that involves an expansion of manufacturing capacity and plans to start a foundry business. Investors may be looking for more information about how the ambitious strategy will impact Intel’s financials.

Big week for the Dow

A third of the Dow Jones Industrial Average is set to report in the week ahead, including Johnson & Johnson JNJ, +1.15%, which is in the spotlight amid a federal “pause” on the company’s single-dose COVID-19 vaccine. The pause has “no meaningful impact on earnings or downside risk to the guidance,” an SVB Leerink analyst wrote. But the company may face questions Tuesday morning about how the vaccine may be used in the future.

For more: Here’s how the ‘pause’ on J&J’s COVID-19 shot may — or may not — affect the company’s earnings

The company also has been dealing with manufacturing issues after a batch of COVID-19 vaccines produced by a partner failed to meet quality standards.

Investors already have some idea of what to expect following Delta’s report this past week, which showed that the domestic travel business is improving while the international business is still stalled amid government restrictions.

“We believe stock reactions will be less about beating estimates and more about summer demand expectations, the recovery timeline/cadence, and ability to capture demand without sacrificing yields,” Cowen & Co. analyst Helane Becker wrote.

Verizon and AT&T Inc. T, +0.67% are set to post earnings for the first time since the Federal Communications Commission released the results of the C-band wireless spectrum auction, which saw both companies spend heavily to acquire spectrum that will be used to build out their 5G networks.

Verizon could “potentially raise its 2021 capex as the carrier accelerates its network build/deployment of equipment for C-Band spectrum,” wrote Cowen & Co. analyst Colby Synesael ahead of the company’s Wednesday morning report. He expects the company to reiterate the rest of its initial 2021 outlook, as the company did during its March investor day.

In-depth: Will 5G ever live up to the hype?

AT&T has many narratives afoot, and Synesael thinks the company’s Thursday morning earnings call could put a “large focus” on the company’s broadband initiatives “as investors look for incremental color on the cadence of outer year fiber builds” given AT&T’s bullish view on the future of fiber as laid out at its own investor day presentation.

Earnings: 2 Hot Stocks to Watch This Week
Should Grocery Companies Be Worried About Amazon Fresh?
Comment

The Future Is Mobile For Netflix In International Markets, Analyst Says

Cannabis Watch: Zenabis fought short-selling financiers in the cannabis industry, but did it win?