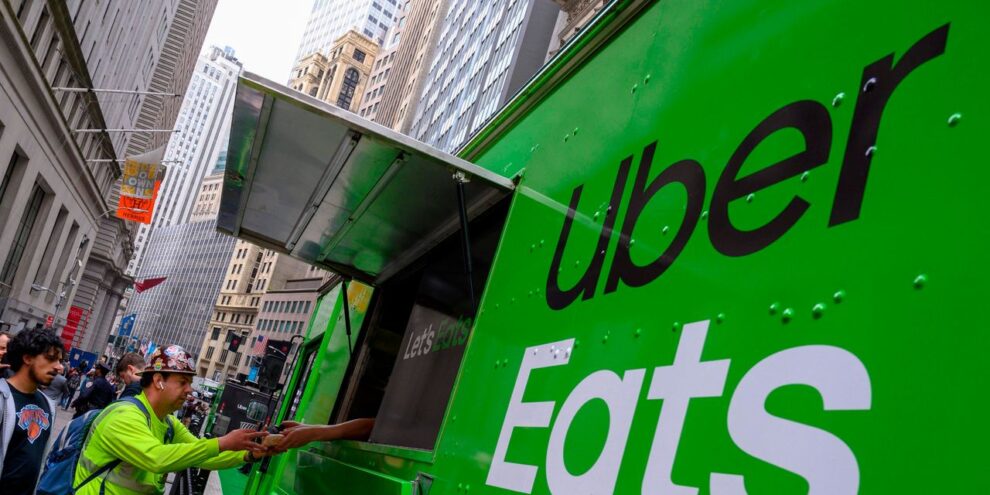 Amazon.com Inc. is jumping further into the food-delivery business by teaming up with Grubhub, just as some analysts say they see the pandemic-induced spike in that market slowing. So what does that mean for dominant U.S. delivery companies Uber Technologies Inc. and DoorDash Inc.? Read More... 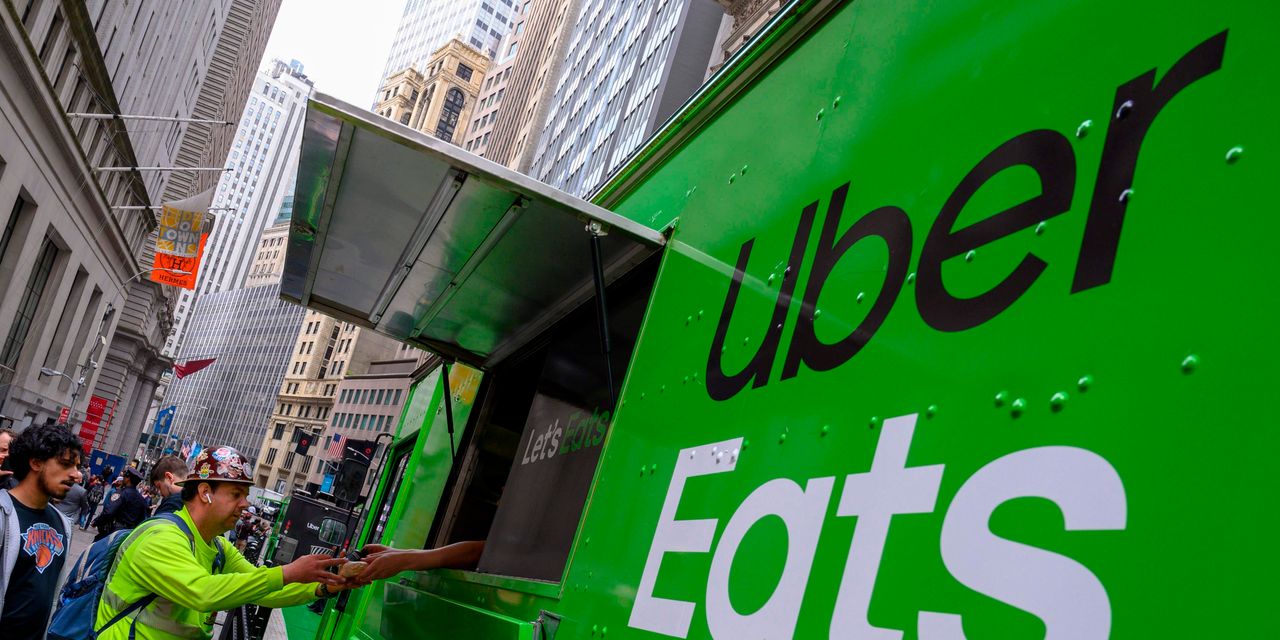 Amazon.com Inc. is jumping further into the food-delivery business by teaming up with Grubhub, just as some analysts say they see the pandemic-induced spike in that market slowing. So what does that mean for dominant U.S. delivery companies Uber Technologies Inc. and DoorDash Inc.?

Some analysts say the Amazon AMZN, +1.08% -Grubhub partnership, which was announced in early July, may have an incremental effect on the dominance of DoorDash DASH, -1.89%, which leads the U.S. app-based delivery market, and No. 2 Uber Eats UBER, +0.95%. It will depend on how Amazon chooses to market Grubhub, the analysts say.

“We question the visibility this will receive,” analysts from JMP Securities wrote in a note to investors. “Simply put, we would not be surprised to see Grubhub+ lost in the myriad benefits Amazon provides to its subscribers.”

Morgan Stanley analysts wrote about a possible upside for Amazon, which has a similar partnership with Deliveroo in the United Kingdom. Amazon’s efforts to promote Grubhub “to Prime members will be important to monitor,” they said. “For context, Deliveroo saw its subscriber base double in the month following the launch of its partnership with [Amazon].”

In June, DoorDash had 57% of the U.S. market share, Uber Eats had 32% and Grubhub, which is owned by Dutch company Just Eat Takeaway TKWY, +7.19%, had 11%, according to YipitData’s email receipt data.

Besides competitive concerns, there are indications that delivery-app companies are becoming more cost-conscious. DoorDash recently announced that it is raising the minimum order total for its DashPass subscribers who order from convenience stores, drug stores and liquor stores, as well as from the company’s own DashMarts.

Meanwhile, Raymond James analysts said their app data trends showed a slowdown in food delivery in the second quarter, as inflation continues to affect consumers. That’s in line with DoorDash, Uber Eats and Grubhub all showing declines in gross food sales from May to June, according to YipitData, and slowdowns tracked by chains such as Chipotle Mexican Grill Inc. CMG, +1.91%, which reported this week “lower delivery fees associated with a lower volume of delivery transactions.”

In another sign of the struggles in delivery — and in the broader economy — some ultra-fast delivery startups have shut down, such as Buyk and Jokr, which is closing its U.S. operations. Other delivery companies, including Gopuff and Getir, have been laying off employees.

What to expect from Uber

Earnings: According to FactSet, analysts on average expect Uber to post an adjusted loss of 27 cents a share, the same as Uber’s adjusted performance a year ago. Estimize, which gathers estimates from analysts, hedge-fund managers, executives and others, also expects the company to post earnings of 5 cents a share.

Revenue: Analysts on average expect revenue of $7.36 billion, according to FactSet, up from $3.93 billion a year ago. Estimize is guiding for $7.57 billion.

Stock movement: Uber stock has fallen after reporting earnings in two of the past four quarters, and seven of the 13 reports it has made since going public. Uber shares are down almost 48% so far this year through Thursday’s session, while the S&P 500 index  SPX, +1.21%  has fallen almost 15% year to date.

What to expect from DoorDash

Revenue: Analysts on average expect revenue of $1.52 billion, according to FactSet, up from $1.24 billion a year ago. Estimize is guiding for $1.5 billion.

Stock movement: DoorDash shares have decreased about 60% this year through Thursday’s session. Shares have risen five of the six times after the company reported earnings since going public.

Analysts note that Amazon shut down its previous entry into prepared-food delivery, Amazon Restaurants, in 2019.

“Amazon has tried to build its own third-party food marketplace for years and did not have much success,” analysts for William Blair wrote in a recent note. They said they think that even despite increasing competition, DoorDash will nevertheless “remain a strong player in the space” because of its scale, technology, brand and partnerships. They also noted that Uber continues to grow in the space, “demonstrating the strength of its global marketplace business portfolio.”

Don’t miss: ‘I don’t know how I fell for this’ — How scammers target vulnerable gig workers, and why it may never end

Needham analysts also appeared to be skeptical of how much the Amazon-Grubhub partnership would affect the market leaders.

“The bull case for DASH and UBER is if the partnership fails to gain traction,” the Needham analysts wrote. “There have been other partnerships in the marketplace industry which have not been substantial needle-movers, in our view, like Grubhub+ and Lyft Pink.” The analysts also questioned how much Amazon will be subsidizing Grubhub+ to the company’s Prime members.

As far as possible reach, though, Amazon has everyone beat, with JMP Securities analysts noting that the company has more than 200 million Prime members, and that DoorDash has about 10 million DashPass subscribers. “The worry here is that new diners (or simply non-DashPass or Uber One subscribers) may ultimately choose Grubhub given the incremental savings offered by Grubhub+,” they said.