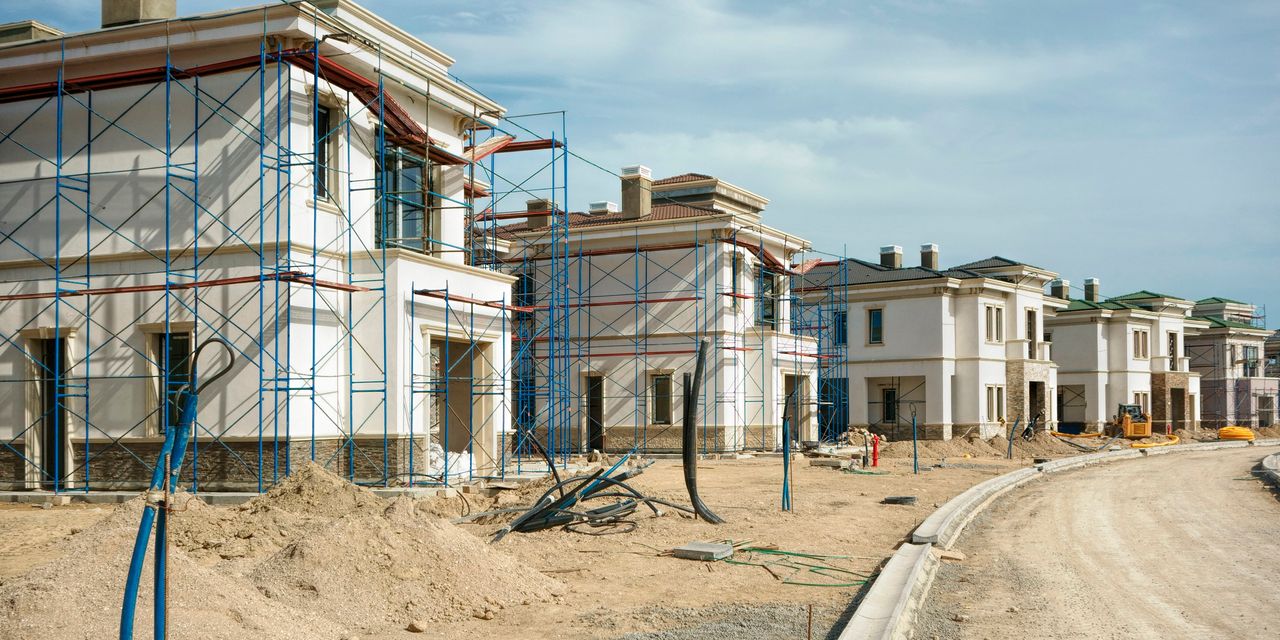 The numbers: Sales of newly built homes dropped significantly, largely as a result of last month’s winter weather. But analysts expect home construction activity to remain strong in the months to come despite rising mortgage rates.

New home sales occurred at a seasonally-adjusted annual rate of 775,000 in February, the U.S. Census Bureau reported Wednesday. That was 18.2% down from the upwardly-revised pace of 948,000 in January.

Analysts polled by MarketWatch had projected new-home sales to occur at a seasonally-adjusted annual rate of 879,000.

Compared to 2020, February’s figure was still up roughly 8.2% year-over-year. Because of the small sample size used in producing the report, it is prone to large revisions from month to month.

What happened: New-home sales fell on a monthly basis across all parts of the country, led by a 37.5% decline in the Midwest. Compared to 2020, sales were up in the Midwest and South, but down in the West and Northeast.

Inventory rose to a 4.8-month supply. A six-month supply of homes is generally considered indicative of a balanced market. The median price of new homes for sale was $349,400, down roughly 1% from January.

The big picture: As with other economic data, the pace of new home sales was certainly affected by the extreme weather events that affected many parts of the country last month, including Texas. These effects were certainly temporary, but rising mortgage rates could create a broader, longer-lasting headwind for the housing market.

“ Analysts expect building activity to persist even as higher interest rates cause some buyers to become skittish about their ability to afford to buy a home. ”

Nevertheless, analysts expect building activity to persist even as higher interest rates cause some buyers to become skittish about their ability to afford to buy a home.

“While housing demand is likely to level off on the back of rising rates, we believe there is further upside for building activity,” Jeffries chief economist Aneta Markowska and money-market economic Thomas Simons wrote in a research note.

As the Jeffries analysts argue, household formations have occurred at nearly double the pace of housing starts for the last six months. “The excess demand has been met out of inventories, which will now have to be replenished,” the Jeffries analysts wrote. “This creates incremental further upside for housing starts and for residential investment.”

What they’re saying: “Mortgage rates remain low but are gradually rising. For now, the constraint for home sales relates mostly to tight inventories, which should be supportive of home building activity,” Rubeela Farooqi, chief U.S. economist at High Frequency Economics, wrote in a research note.

“New homes remain attractive for many buyers, especially those ready to trade up to larger floor plans, designated home offices, and newer technology and appliances,” said George Ratiu, senior economist at Realtor.com. “With the number of willing buyers still running ahead of available homes for sale, the spring season is expected to bring additional energy to the new home market.”

Netflix Has Been Trailing the Market. Why One Analyst Decided to Get More Bullish.
Is The Trade Desk Stock a Buy?
Comment

U.K. companies are required to enroll workers in retirement plans — and it’s helping them save more

Commodities Corner: Why gold’s ‘strong undercurrent’ has some analysts eyeing $2,000 an ounce