Confidence in the U.S. economy sank in August to a seven-month low owing to the rapid spread of the delta strain of the coronavirus, signaling the recovery is running into more headwinds as the summer winds down. Read More... 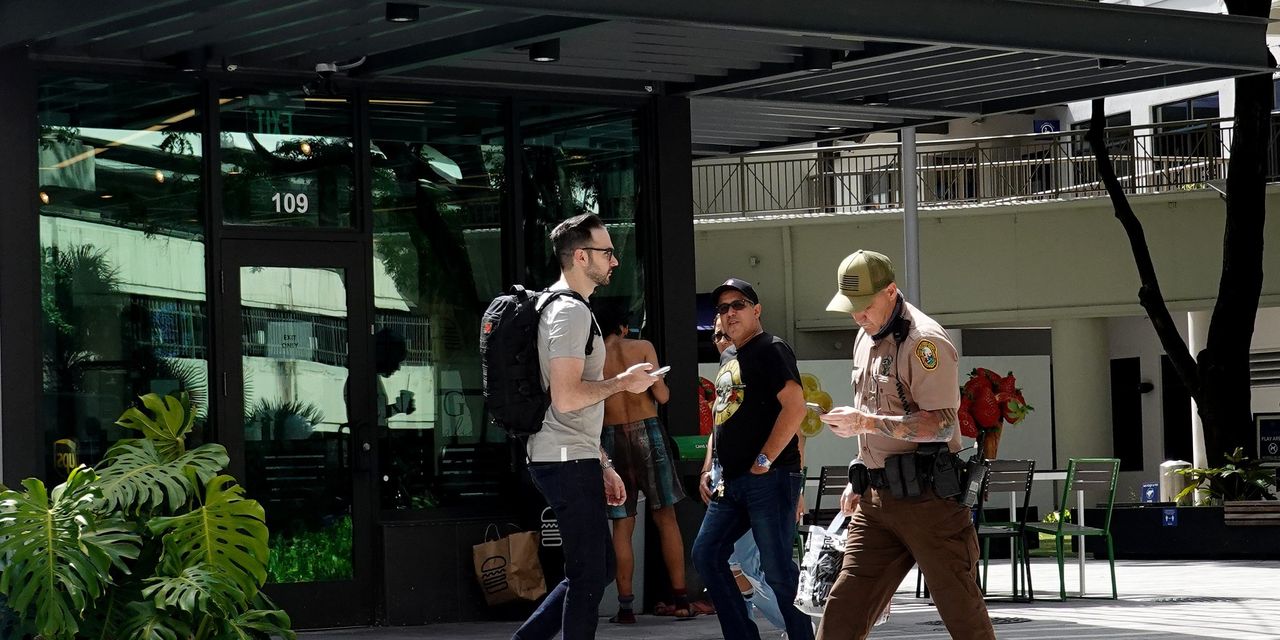 The numbers: Confidence in the U.S. economy sank in August to a six-month low owing to the rapid spread of the delta strain of the coronavirus, signaling the recovery is running into more headwinds as the summer winds down.

The closely followed index of consumer confidence slid to 113.8 this month from a revised 125.1 in July, the Conference Board said Tuesday.

Adding to the delta worries, consumers were put off by higher gasoline and grocery prices. Inflation in the U.S. is running at the highest level in 30 years based on the Federal Reserve’s preferred price barometer.

Economists polled by The Wall Street Journal had forecast a reading of 123.1. Wall Street had been expecting a decline in confidence because two other major surveys of consumer attitudes fell in August.

Big picture: The economic recovery has been partly knocked off-stride by delta, but it still has a good dose of momentum.

Companies have a record number of job openings they are try to fill and most are still hiring.

Consumers are flush with savings from government stimulus payments, rising wages and the ability to switch jobs for better pay. Americans are quitting at record rates to take better job offers.

And governments have refrained from severe business restrictions they adopted earlier in the pandemic.

While delta is still spreading around the country, the caseloads appear to have peaked in the hardest hit states. If that continues, the economy could regain its footing very quickly.

Key details: Part of the survey that tracks how consumers feel about the economy tumbled to 147.3 from 157.2 in the prior month.

“Concerns about the Delta variant—and, to a lesser degree, rising gas and food prices—resulted in a less favorable view of current economic conditions and short-term growth prospects,” said Lynn Franco, senior director of economic indicators at the board.

A gauge that assesses how Americans view the next six months also fell. The so-called future expectations index slid to 91.4 from 103.8 to mark the lowest reading since January.

The good news? Most people still think it’s easy to find a job. Some 54.6% of consumers said jobs are “plentiful,” down slightly from 55.2%.

A recent Gallup survey found that Americans think it’s even easier to get a job now than it was before the pandemic. Earlier this summer, job openings topped 10 million for the first time and hit a record high.

Worries about the coronavirus, however, is a big reason why millions of people who had a job before the pandemic still haven’t returned to work.

” However, we haven’t seen consumer spending soften significantly in the last two months, as consumer behavior is affected less with each successive wave,” he added. “And Americans overall are flush with cash and eager to spend it as the economy reopens.”

Is Google Stock A Buy? Internet Search Giant Tops Among FANG Stocks In 2021
Zoom’s pandemic boom cools — but the company is building a powerful platform to battle Microsoft and Cisco
Comment

The Tell: ETF survival of the fittest shows just what’s going on in financial markets

What's Next for Facebook (FB) Stock Heading into Q2 2019 Earnings & Beyond?

HBO Max To Be Available On Roku Starting Today