The number of job openings rose to a record 10.9 million in July, the Labor Department said Wednesday. Read More... 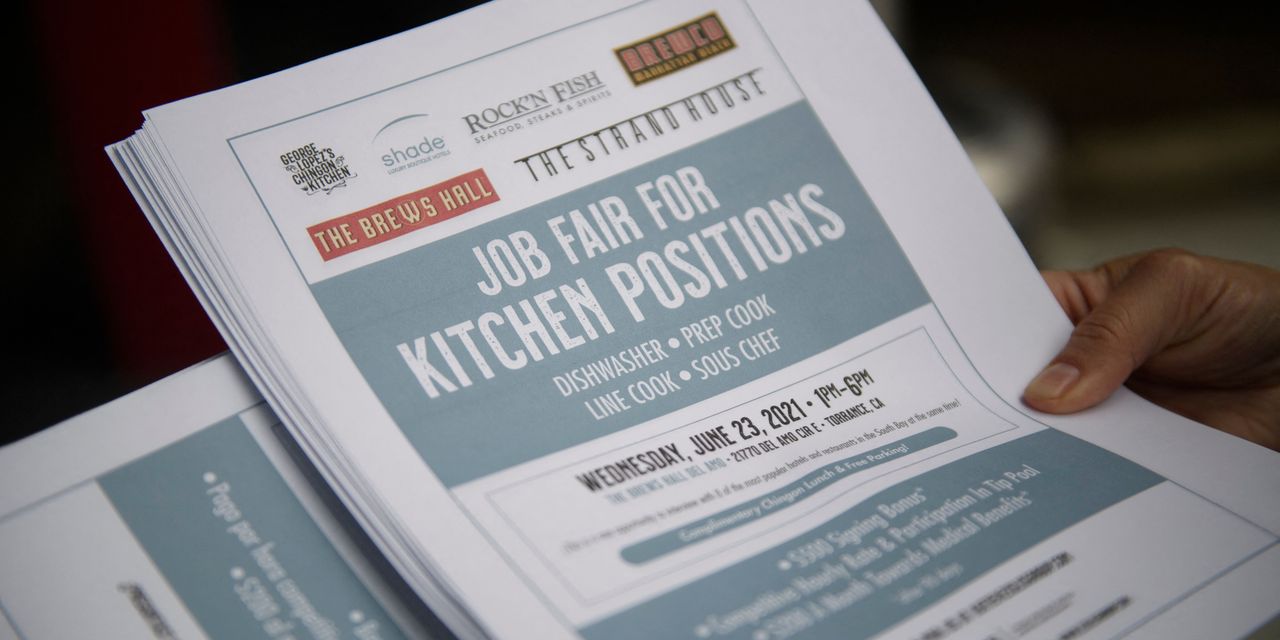 The numbers: The amount of job openings rose to a record 10.9 million in July from a revised 10.2 million in the prior month, the Labor Department said Wednesday. That’s the fifth straight all-time monthly high.

The quits rate remained steady at 2.7% from the prior month.

Big picture: The labor market continues to be a puzzle, with record high levels of openings but also low levels of employment, at least compared with pre-COVID levels. Analysts have different and often conflicting explanations. How this shakes out will be key for the economy in 2022. Last Friday, the government reported that the economy added 235,000 net new jobs in August, well below forecasts. On the other hand, the unemployment rate fell to 5.2% from 5.4%.

Market reaction: Stocks DJIA, -0.06% SPX, -0.09% were mixed in early trading on Wednesday as St. Louis Fed President James Bullard said the Fed would taper its bond buying this year even in light of the weaker-than-expected September jobs report.

The Margin: Two hot dogs or four pieces of bacon a week raise your risk of heart disease, death

The Moneyist: I’m 24 and dating a 64-year-old man. He wanted to get married, but I discovered he never got divorced. Have I been conned?

A U.K. Company Is Building a Hub for Flying Taxis in Singapore