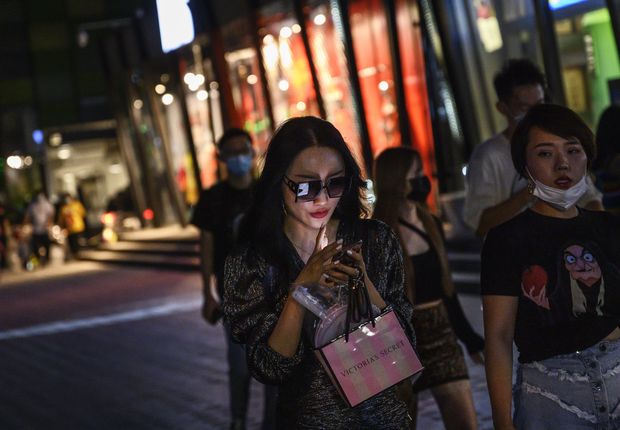 The Organization for Economic Cooperation and Development on Tuesday boosted its global economic outlook while warning policy makers not to tighten policy too quickly. Read More...

Fixes the story to correctly reflect the OECD’s June estimate for 2021 global growth.

The Organization for Economic Cooperation and Development on Tuesday boosted its global economic outlook while warning policy makers not to tighten policy too quickly.

The OECD said global gross domestic product will shrink by 4.5% this year, and rise 5% next year. That is a big improvement from what the OECD projected in June, which was for a 6% contraction this year, followed by 5.2% growth in 2021.

The OECD credited the improvement to better-than expected outcomes for China and the U.S. in the first half of this year, and a response by governments on a massive scale. But the Paris-based organization said output in many countries at the end of 2021 will still be below the levels at the end of 2019, and well below what was projected before the pandemic.

“It is important that governments avoid the mistake of tightening fiscal policy too quickly, as happened after the last financial crisis. Without continued government support, bankruptcies and unemployment could rise faster than warranted and take a toll on people’s livelihoods for years to come,” said Laurence Boone, the OECD’s chief economist.

In the U.S., negotiators are still at an impasse over extending what was $600 a week in federal unemployment benefits that expired in August, which so far has been replaced by a White House executive order for half of that, affecting only a patchwork of states.

In the U.K., Chancellor Rishi Sunak said on Tuesday that he did not plan on extending the furlough program that is set to expire at the end of October.

Got $5,000? These Stocks Should Be Surefire Winners Over the Next Decade
Amazon UK unit pays $8 million corporation tax as sales hit $17.5 billion
Comment

The Margin: Trump’s 2020 campaign created a website offering talking points for debating ‘that liberal snowflake relative’ over the holidays

Outside the Box: Gigafactory in Nevada is critical to Tesla’s future