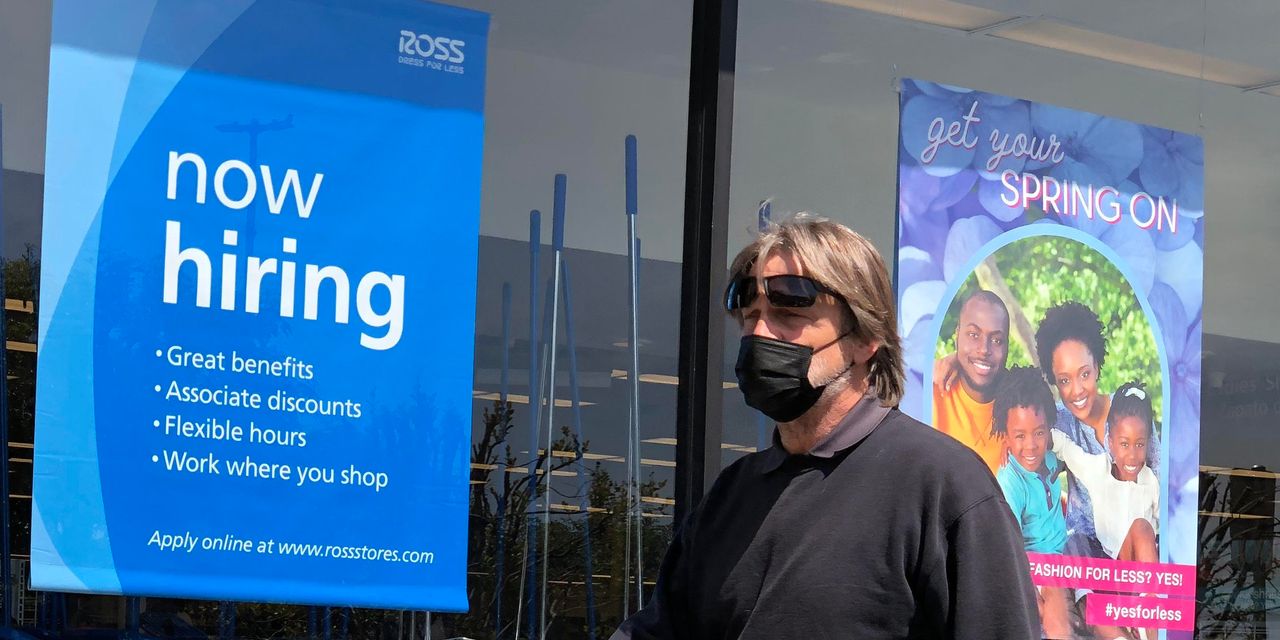 The numbers: Jobless benefit claims fell to 553,000 last week from a revised 566,000 a week earlier, the U.S. Labor Department said Thursday. With the revisions, this is the lowest level of claims since the pandemic struck last year. Economists surveyed by the Wall Street Journal had been looking for a drop to 528,000 new claims.

Claims in the prior week were revised from the initial estimate of 547,000.

Applications for benefits were filed last week through a temporary relief program fell by 11,609 to 121,749.

The number of people already collecting the traditional unemployment benefit increased a slight 9,000 to a seasonally adjusted 3.66 million in the week ended April 17.

Workers getting extra benefits through an emergency program funded by the federal government fell by 413,224 to 5.12 million. Workers can claim these benefits until September.

Taken together 16.5 million people were collecting benefits from eight separate state and federal programs as of April 10, down from 17.4 million in the prior week.

Big picture: Jobless claims are a proxy for layoffs. Claims have been trending lower as the economy reopens and the labor market improves. Economists think this trend will continue.

Capitol Report: Trump threatens Vietnam, which has been benefiting from U.S. tariffs on China