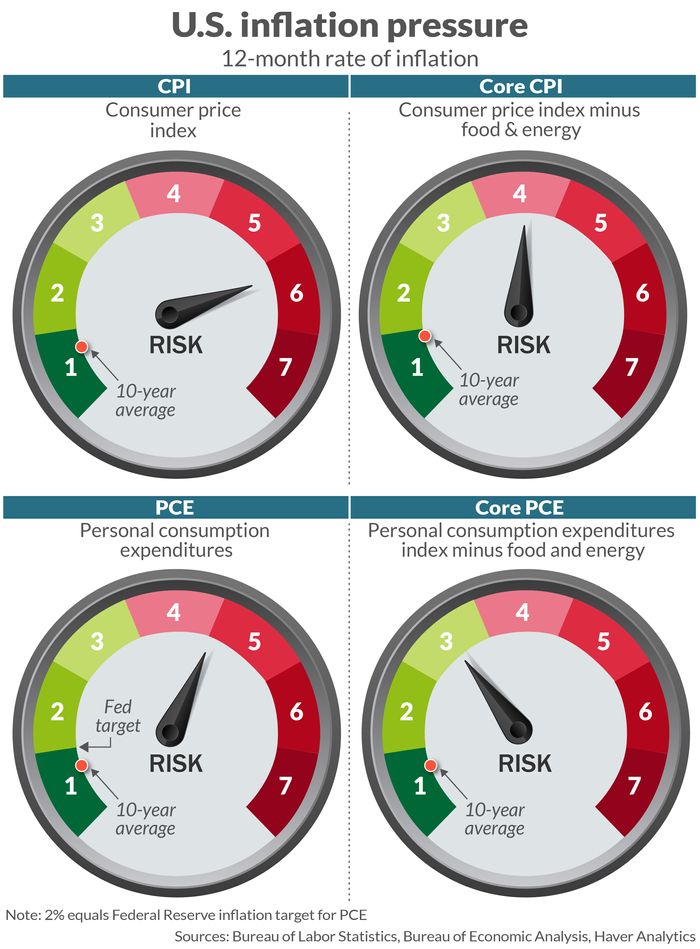 Another key barometer of the cost of living showed inflation rising at the fastest pace in 31 years, underscoring a growing problem for the financial well-being of households and the broader U.S. economy. Read More...

The numbers: Another key barometer of the cost of living showed inflation rising at the fastest pace in almost 31 years, underscoring a growing problem for the financial well-being of households and the broader U.S. economy.

The cost of goods and services jumped 0.6% in October, based on the government’s personal consumption expenditure price index. Economists polled by The Wall Street Journal had forecast a 0.4% advance.

The latest increase pushed the surge in inflation over the past year to 5% from 4.4% in September. That’s the highest level since December 1990.

The Federal Reserve views the PCE index as a more accurate measure of U.S. inflation compared to the better known consumer price index. The most recent CPI showed the cost of living rising at a 6.2% yearly rate, also a 31-year high.

A narrower measure of inflation that omits volatile food and energy costs, known as the core PCE, also accelerated 0.4% in October.

Big picture: Get used to high inflation, at least for a while. A major shortage of supplies and the biggest labor shortage in decades has sharply raised the costs of doing business and force companies to charge higher prices.

The Fed predicts inflation will wane by the middle of next year as supply shortages ease and more people return to work, but the central bank has badly misjudged the rise in prices this year.

Read:The Fed has bet on a future of low inflation. Here’s what could go wrong

Some economists predict it could take a year — or longer — for inflation to return to a level the Fed would consider acceptable. The central bank wants inflation to average 2% a year in the long run, using the PCE gauge as its starting point.

Read: Consumer spending sizzles in October – and it’s not just all high inflation

What they are saying? “Inflation rose a little less than expected, but was still pretty bad,” said chief economist Chris Low of FHN Financial.

Dispatches from a Pandemic: ‘Everything seems to go smoother when we’re together’: Companies dangle spa weekends and free meals to lure workers back to the office

Amazon Donates $2.25 Million to The Housing Fund to Help Preserve Homeownership for Hundreds of Nashville Residents Amid Ongoing Challenges of 2020