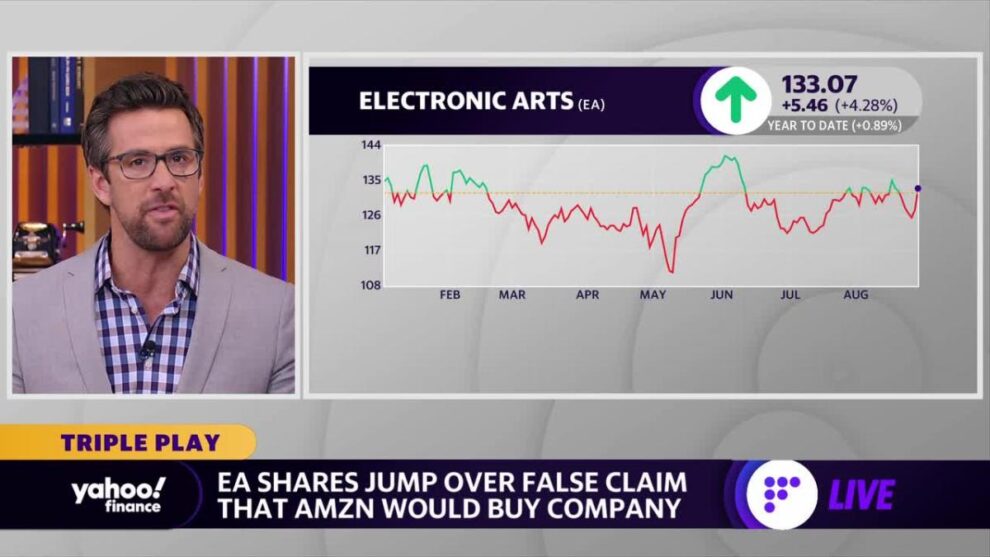 EA shares jumped on Friday after a false claim circulated that Amazon would make a play to buy the company. Read More... 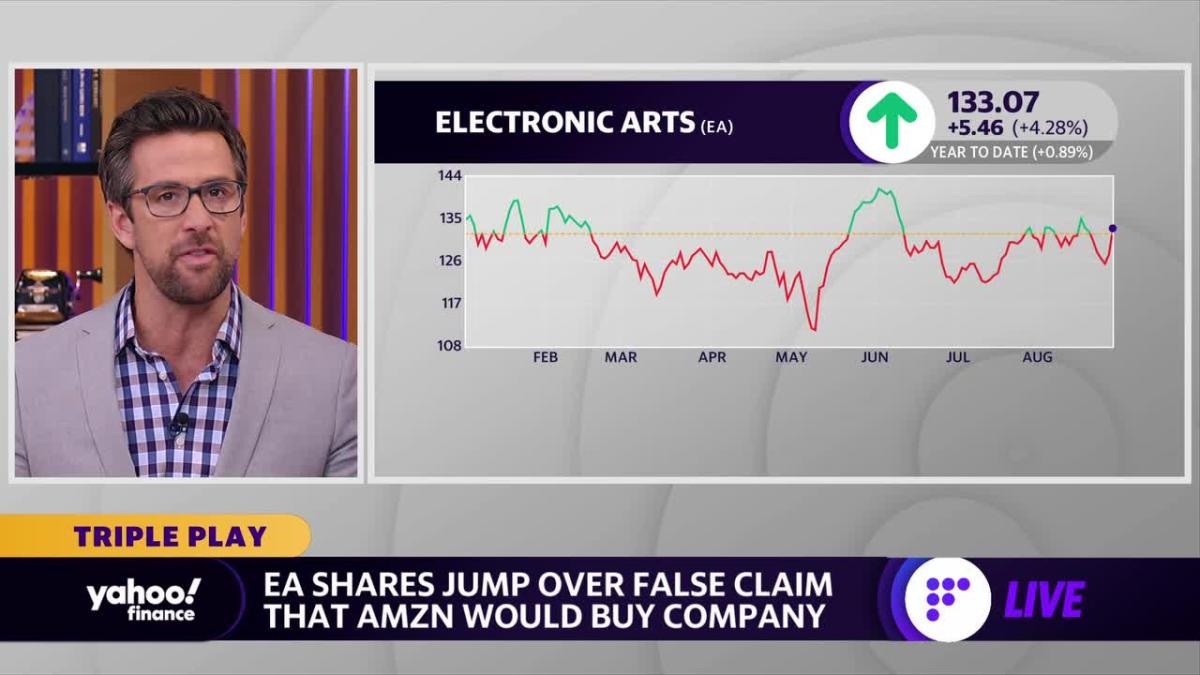 EA shares jumped on Friday after a false claim circulated that Amazon would make a play to buy the company.

DAVE BRIGGS: Very few stocks up. Mine is one of those up. My play is EA, Electronic Arts surging this morning initially more than 14% on this report that Amazon would make a bid to buy the video game publisher. EA known for some of the most popular games in the industry, including FIFA, Madden and APEX Legends. An Amazon spokesman said the company doesn’t comment on rumors nor speculation. An EA spokesperson declined to comment. So that’s really just hanging out there.

Amazon already owns the popular gaming streaming service, Twitch. It’s launched its own cloud gaming service, Luna. So it seems to certainly make sense. The biggest deal in this space, as you all know, yet to be approved by regulators was, of course, that Microsoft $68 billion acquisition of Activision. Investors believed EA would fetch a similar price.

Shares of Amazon down on the day more than 4%, really on the broader market move that Jared just told us about. EA, again, has settled, but it’s still up dramatically more than 4% on the day. So this looks like it’s still out there. No official comment, Rachelle. It feels like it might happen.

RACHELLE AKUFFO: I mean, when you look at reports, some of the rumors trying to sort of put some water on this. But you have to imagine, when you’re Amazon and you have as much free cash as they have, about $37 billion, any time that you’re linked to another company, you’re going to see that company’s share price go up.

But you mentioned Microsoft, and it really does bring up this idea of blurring the lines between some of these tech giants and gaming giants as they really try and– you see a lot of this overlap as a sort of thinking about the future of gaming, as well as perhaps a much more distant future, as we keep talking about in the Metaverse as well.

JARED BLIKRE: Possibly. I’m not a big M&A guy in this space. But if the regulators like it, why not?

DAVE BRIGGS: All right, good to have you on the show today. Enjoy the weekend–