Read about some of the most important and impressive investments for Elon Musk, the engineer and technology superstar. Read More... 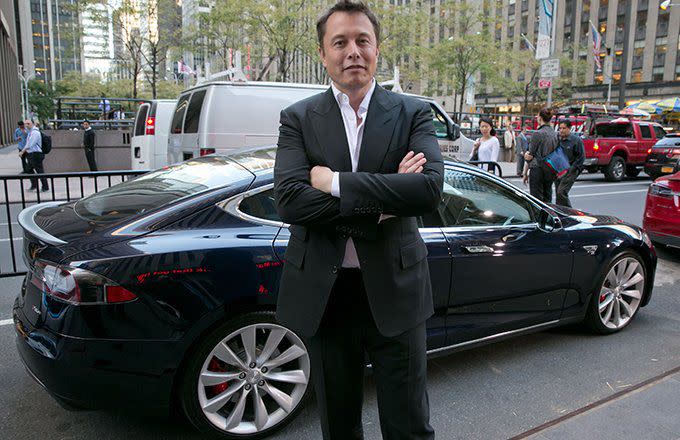 (Bloomberg) — Once again, the U.S. stock market suffered a major dip. And once again, buyers arrived on the scene right on time to stop the bleeding.Was that the right call this week, given the shocker of an inflation report that roiled markets on Wednesday? While only time will tell for sure, a chorus of analysts and strategists are defending their bullish positions and recommending clients take advantage of cheaper prices to buy stocks — especially in the battered technology industry.The rationale for many echoes the Federal Reserve’s take on hot inflation reports in 2021: Price pressures will be temporary as the economy works its way back to normal following the pandemic. Victoria Fernandez, chief market strategist at Crossmark Global Investments, said the consumer-prices report did little to alter her belief that above-normal inflation will be fleeting and the fundamentals in technology stocks remain attractive.“The question is, 12 months from now are we going to see a big jump in consumer prices? And I think most people will say probably not,” she said. “When you’ve had a pullback like this for some of these big tech names, to me that is an opportunity to go in and add to them.”Inflation concerns reached a climax on Wednesday when the government reported the consumer price index jumped 4.2% year-over-year in April, the fastest rise since 2008 and well above most economists’ estimates. That can’t be written off entirely to fuel prices and base effects from suppressed prices last year. Core CPI, excluding food and energy prices, rose 0.9% from the prior month, the biggest such increase since 1982.The initial reaction was brutal: By the end of Wednesday, the S&P 500 was down as much as 4% from its last record on May 7, poised for its worst week since October. It recouped more than half the losses on Thursday and Friday to close 1.4% lower on the week, still its worst drop in almost three months. The Nasdaq 100 Index plunged 2.6% on Wednesday, extending its retreat from an April record to 7.4%, then rebounded 3% in the last two days of the week. “That just shows there is a lot of cash on the sidelines and this weakness in the market is being met with a lot of demand,” said Matt Miskin, co-chief investment strategist at John Hancock Investment Management.Treasury yields, closely watched by equity investors for signs that inflation will lead to higher borrowing costs, marched upward. The 10-year yield ended the week up five basis points at 1.63%One interesting dynamic at play: Dip buyers in tech stocks appear to be mainly day traders and other individuals, rather than hedge funds and other professional investors. Retail traders bought a daily average of $300 million in tech stocks and related exchange-traded funds, according to data from Vanda Research.Meanwhile, JPMorgan Chase & Co.’s hedge-fund clients boosted bearish wagers against growth stocks while adding money to value sectors like banks. Semiconductor stocks in particular saw cooling interest amid production constraints, with net exposure falling to the lowest level since at least the start of 2020, according to JPMorgan’s prime broker data. Software was the focus of many dip-buying calls this week. Some of the group’s formerly hot stocks like Coupa Software Inc. and Alteryx Inc. have tumbled more than 30% from highs notched earlier this year.That’s creating great opportunities for investors to buy the highest-quality software-as-a-service and cloud-computing stocks that are poised to rebound, according to Evercore ISI analyst Kirk Materne.“Each time we have seen a big valuation-induced software sell down, the returns over the next six, 12 and 24 months trounce the S&P 500,” he wrote in a note this week. “While we expect the sector to remain choppy near-term, we believe that picking away at leading SaaS/Cloud franchises makes sense for those investors taking a 3-6 months view.”For more articles like this, please visit us at bloomberg.comSubscribe now to stay ahead with the most trusted business news source.©2021 Bloomberg L.P.

Microsoft, IBD Stock Of The Day, Holds In Buy Zone Amid Volatile Market