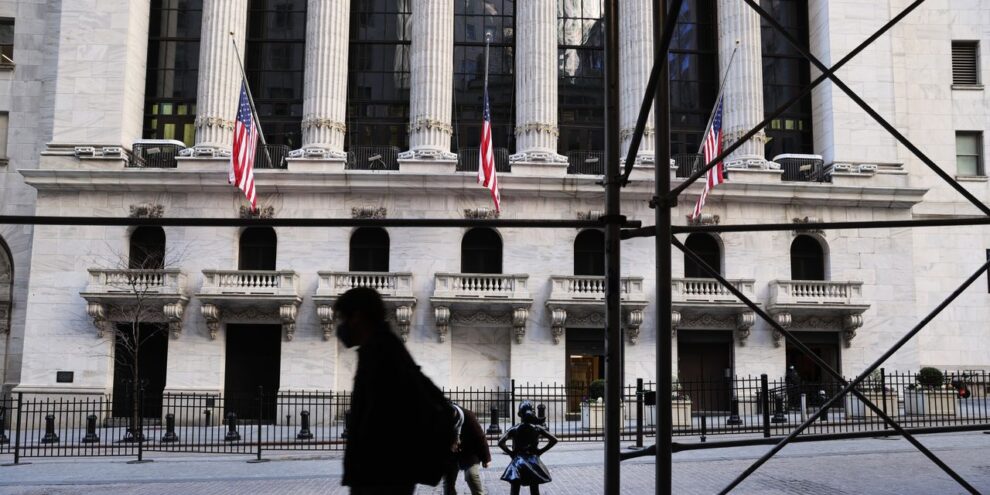 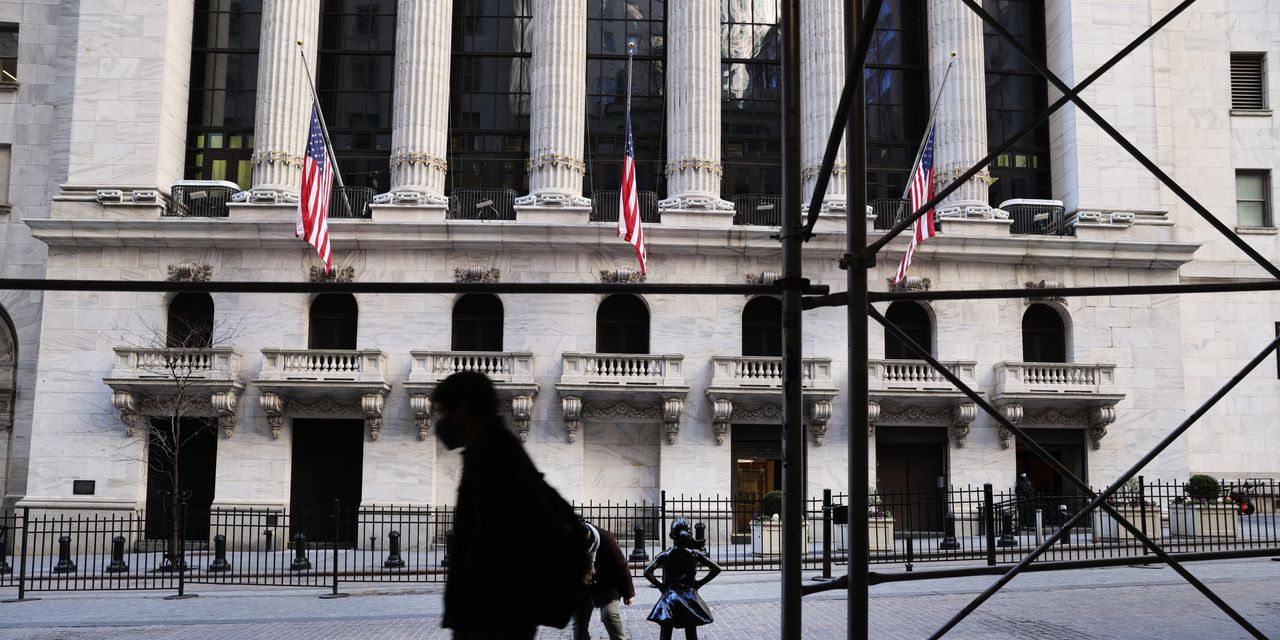 Investors are also looking out for U.S. jobs data due later.

Read: China sets economic-growth target of 6%, aims to be more self-reliant on tech

U.S. stock futures ES00, -0.39% YM00, -0.33% NQ00, -0.59% indicated a selling mood wasn’t going away after Thursday’s technology-led rout. The Fed’s Powell said a disorderly move in the bond market would be concerning, but didn’t suggest that the central bank was alarmed yet, in comments made at The Wall Street Journal Jobs Summit.

Investors are worried bond yields will keep climbing amid his apparent lack of concern and, in turn, pressure stocks.

“The markets wanted hints as to what the central bank would do if the situation worsens, and when that didn’t materialize, equities took a hit,” said Connor Campbell, financial analyst at Spreadex, in a note to clients. “That’s fed into a rough European open, confirming whatever rebounding hopes opened the week (and month) have completely disappeared.”

Economic data due later are expected to show 210,000 U.S. jobs were added last month, according to economists surveyed by Dow Jones and The Wall Street Journal. In Europe, German manufacturing orders rose by a better-than-expected 1.4% in January, following a revised 2.2% drop in December.

As for European stocks on the move, weakness was spread across almost all sectors, with airline stocks under pressure. Shares of Deutsche Lufthansa LHA, -2.90%, International Consolidated Airlines IAG, -1.85%, which operates British Airways and other carriers, and Ryanair RYAAY, -1.25% RYA, -0.55% were down over 3% each.

Energy companies failed to get a lift from rising crude futures CL00, +2.10%, up more than 1%. U.S. prices posted their highest finish since 2019 on Thursday, after the Organization of the Petroleum Exporting Countries and its allies said they would rollover current production cuts to end-April. Royal Dutch Shell shares RDSA, +0.92% RDS.A, +0.88% fell 0.6% and those for BP BP, +1.76% BP, +1.26% were barely higher.

Dassault Aviation AM, -3.12% shares fell 3%, after the French aircraft manufacturer said profit and revenue fell in 2020 as the aviation industry continues to struggle under the weight of the COVID-19 pandemic. Dassault did say it said expects higher sales in 2021. Shares of rival Airbus AIR, -2.13% fell by roughly the same.

Shares of London Stock Exchange LSEG, -6.68% fell 5%. The exchange operator said 2020 pretax profit rose 5.2% on the back of higher revenue, and declared an increased dividend. But net profit came in 5% below consensus on a heavier tax charge, noted Citi analyst Andrew Coombs.

“2021 revenue guidance seems to be in-line with expectations, but cost guidance appears heavier than expected. There is also no update on the existing financial targets. On balance a disappointing set of results,” said Coombs, in a note to clients.

NerdWallet: Eight reasons to take an RV on your spring vacation
Bollywood, streaming giants on edge as Amazon gets flak for hurting religious beliefs in India
Comment