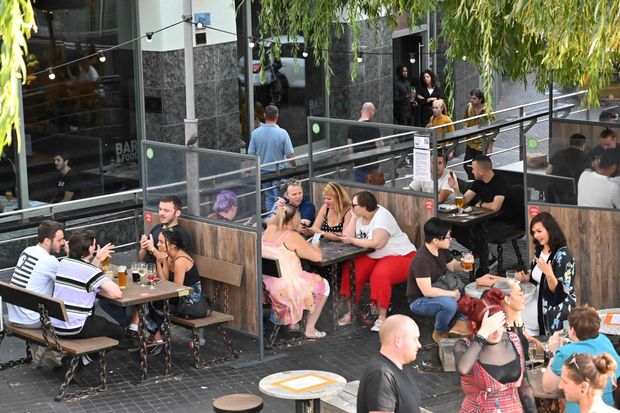 European stocks edged higher Tuesday after their worst one-day performance in more than three months, as the Continent faces tighter economic restrictions due to rising cases of coronavirus. Read More...

European stocks edged higher Tuesday after their worst one-day performance in more than three months, as the Continent faces tighter economic restrictions due to rising cases of coronavirus.

Federal Reserve Chairman Jerome Powell will appear with U.S. Treasury Sec. Steven Mnuchin in front of a House committee to discuss the largely unspent credit facilities, though he may address other topics. In prepared remarks, Powell said activity has picked up from its depressed second-quarter level, when much of the economy was shut down, but the path forward will “come only when people are confident that it is safe to reengage in a broad range of activities.”

Several European countries including France, Spain and the U.K. are grappling with rising coronavirus numbers. U.K. Prime Minister Boris Johnson is expected to order pubs in England to shut by 10 p.m. and, in a reversal from the summer, encourage working from home.

“We project a modest temporary setback in response to more modest, better targeted and often regional restrictions,” said Holger Schmieding, chief economist at Berenberg Bank, of Europe generally. “Many such measures will hit parts of consumer spending (mostly services such as leisure, entertainment, tourism…) disproportionally. We expect these measures to temporarily dampen but not derail the overall economic rebound.”

U.K. insurers including Direct Line Insurance DLG, -5.07% and RSA Insurance RSA, -3.58% dropped after the Financial Conduct Authority proposed that when a customer renews their home or motor insurance policy, they pay no more than they would if they were new to their provider through the same sales channel, stamping out a practice called “price walking.”

Inside the nationwide effort to tackle the $1.5 trillion student-debt crisis — with the help of high-school students