European stocks slipped on Monday, with markets in London and the U.S. closed for holidays. Read More... 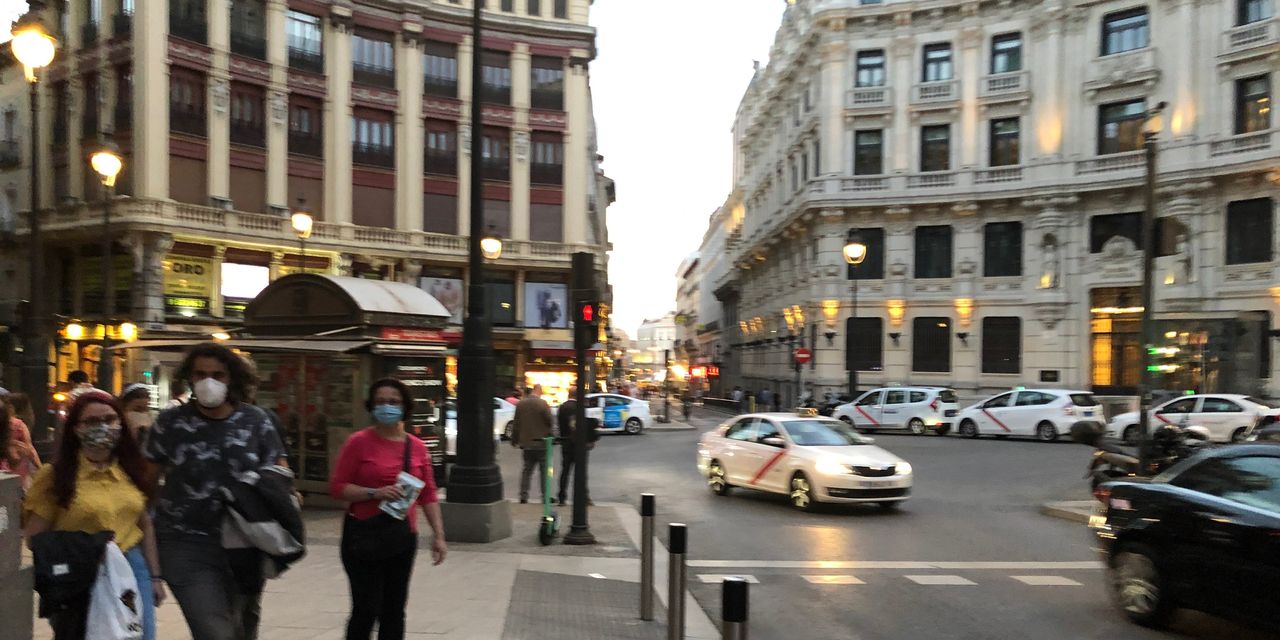 European stocks were headed for a fourth straight monthly gain, but May was set to end on a weaker note after inflation picked up in Germany and data was soft out of China and Japan.

Market closures due to holidays in London and the U.S. also kept many investors on the sidelines.

Wall Street equities booked weekly gains after data showed strength in the economy, though inflation remains a worry after the U.S. PCE inflation rate approached its highest level in nearly 13 years. This week’s batch of data will include all-important nonfarm payrolls for May.

Read: Life might feel more certain this summer, but betting on a calm stock market still could go wrong

China’s official manufacturing purchasing managers index (PMI) eased in May, while nonmanufacturing PMI, which includes services and construction activity, rose modestly. Also from China came news that the southern city of Guangzhou was forced to cancel hundreds of flights after a surge in COVID-19 cases.

Elsewhere, May retail sales in Japan fell from the previous month and factory output rose above prepandemic levels for the first time, but came in short of expectations.

Meanwhile, German consumer prices rose in May, beating expectations, according to preliminary data released by the statistics office Destatis on Monday.

Also Monday, the Organization for Economic Cooperation and Development lifted its global economic output forecasts for 2021 thanks to vaccines and U.S. fiscal stimulus. Its U.S. growth forecast was lifted to 6.9% from 6.5%, while growth for the eurozone was boosted to 4.3% from 3.9%. and China growth was raised to 8.5% from 7.8%.

But the Paris-based research body warned that emerging countries were falling far behind. Its growth forecast for India was cut to 9.9% from 12.6%.

Shares of Kinnevik KINV.B, +4.95% climbed 4% after the Swedish investment company said digital-health company Babylon Holdings Ltd. is exploring going public via a special-purpose acquisition company deal, reported Dow Jones Newswires. Kinnevik, which owns a 16% stake in Babylon, said Sunday that that no definitive decision has been taken to pursue any transaction.

At an impasse with Apple, U.K. government ditches its contact-tracing app — now it’s forced to use a rival app made by … Apple

These 3 Stocks Could Soar if Biden Beats Trump

J.C. Penney, Macy’s and other department stores don’t have many more seasons left for a turnaround, analyst says