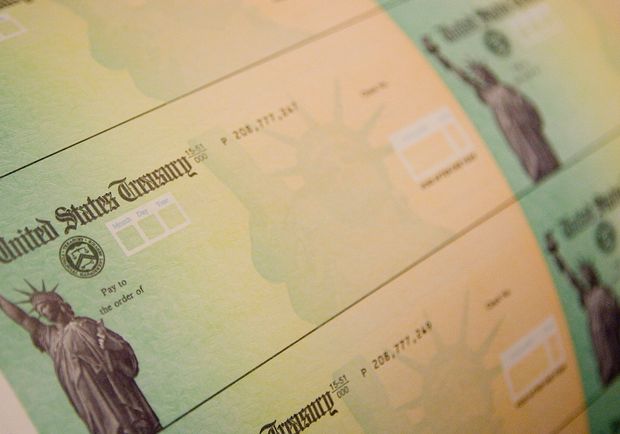 European stocks fell Wednesday, with earnings news was overshadowed by investor concerns over stimulus progress in the U.S., with those equity futures clinging to gains.

U.S. stock futures ES00, +0.23% NQ00, +0.03% YM00, +0.23% were modestly higher. Wall Street equities closed up Tuesday, but off session highs as investors watched progress on a new round of fiscal stimulus to combat economic fallout from the pandemic.

White House representatives and House Speaker Nancy Pelosi both said enough progress was made Tuesday to justify further talks Wednesday, with an aim of getting a package voted on before Nov. 3.

But a bigger risk to a deal may come from Senate Republicans. The Washington Post also reported Senate Majority Leader Mitch McConnell told his fellow Republicans at a Tuesday party lunch that he had advised the White House against a pre-election deal.

“If Republican Senate leader Mitch McConnell refuses to introduce a bill, then the stimulus is dead in the water until post the U.S. election,” said Jeffrey Halley, senior market analyst, OANDA, in a note to clients.

“Over two-months away and a lifetime in the grander scheme of 2020.,” he said. “Financial markets are blithely ignoring this very real and obvious risk…”

Rising coronavirus cases on both sides of the Atlantic continued to weigh on investors. In Spain, officials are reportedly considering a nationwide curfew, which would echo efforts seen in other European countries that are battling autumn infection waves.

“I think that most scientists and the various scientific bodies were expecting the virus to take off again in November and December, alongside the cold weather with factors that had nothing to do with the virus,” said Lagarde in prerecorded comments released Tuesday for an interview with French news channel LCI.

“But it has come earlier and from that point of view it was a surprise and of course that doesn’t bode well,” she said.

Data showed U.K. annual inflation rose 0.5% in September, versus a 0.2% rise in August, the Office for National Statistics said. Contributing to the increase was higher transport costs and higher prices at restaurants, after the end of the government’s Eat Out to Help Out program, which cut the price of meals.

Investors were also absorbing a fresh crop of earnings.

Shares of Centamin PLC CEY, -19.29% plunged 12% after the London and Toronto-listed miner reported lower gold production and sales for the third quarter.

Protesters Return to Nigeria’s Streets After Deadly Clashes
A Majority of Investors Are Considering Portfolio Changes Ahead of the Election. What to Consider.
Comment