Shares in Big Tobacco companies listed in Europe led stocks across the region lower on Tuesday, following a report that the White House could introduce new regulations for nicotine levels in cigarettes, affecting how addictive they are. Read More... 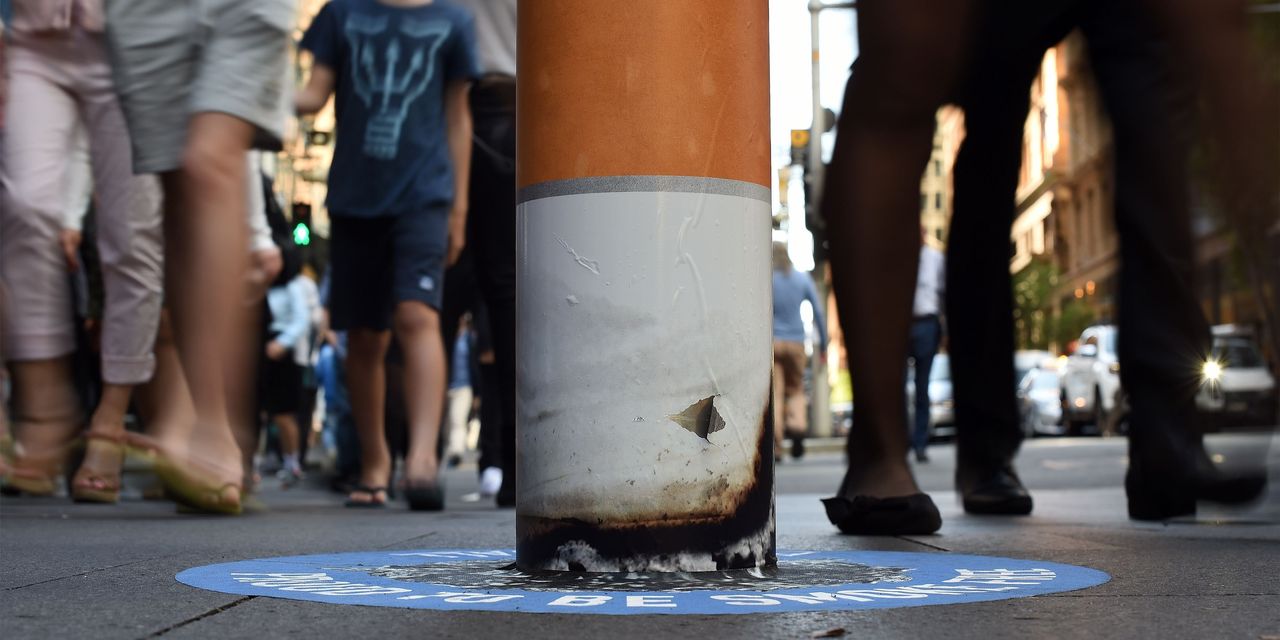 Shares in Big Tobacco companies listed in Europe led stocks across the region lower on Tuesday, following a report that the White House could introduce new regulations for nicotine levels in cigarettes, affecting how addictive they are.

Shares in U.S. tobacco giant Altria MO, -6.17% fell more than 6% in late Monday trading and the stock was down more than 1% further in the New York premarket. Share price declines for Philip Morris International PM, -1.33% were more muted — the stock fell more than 1% lower on Monday in New York and was just below flat in the premarket.

The Wall Street Journal reported on Monday that President Joe Biden’s administration is considering new regulations requiring tobacco companies to reduce the nicotine levels in cigarettes sold in the U.S. to the point at which the products are no longer addictive.

A decision on the matter would come as the administration faces a deadline over whether or not it intends to ban menthol cigarettes.

Analysts said that macro factors remain the same, with bond yields, inflation concerns, and the continuing pressure of COVID-19 infections in Europe on the radar as the market turns to a wave of corporate earnings.

“Earnings could be a catalyst to give the overall market a sense of direction,” said Jim Reid, a strategist at Deutsche Bank.

This sentiment was echoed by Michael Hewson, an analyst at CMC Markets, who noted that “it is perhaps not surprising that after the gains seen last week, that we might see some modest profit-taking as we gear up for further big earnings announcements this week.”

Looking past the tobacco stocks, shares in London-listed Czech cybersecurity firm Avast AVST, +3.97%, a FTSE 100 component, climbed near 3% higher after the group reported results for the first quarter of 2021. Revenue and adjusted earnings both grew more than 10% in the quarter compared with the same period last year, and Avast raised its forecast for the full year.

Plus: European soccer’s planned Super League has thrown the sport into chaos. What is it all about?

German automobile titans Volkswagen XE:VOW, Daimler DAI, -0.83% and BMW BMW, -0.19% were among the leading gainers in Frankfurt trading, adding buoyancy to the DAX index with Volkswagen stock near 2% higher. Daimler prereleased upbeat first-quarter results on Friday that Deutsche Bank analysts expect to pave the way for similar earnings announcements from Volkswagen and BMW in the coming days.

Danone BN, -2.54% stock slipped near 3% in Paris following downbeat earnings. The French food giant confirmed its guidance for the full year and said that sales fell in the first quarter of 2021 as the pandemic continued to weigh on its activities.

Shares in Italian soccer club Juventus JUVE, -8.84% fell 6.5% in Milan, erasing some of 18% gains on Monday following news that the club would join a prospective breakaway European Super League of top clubs. Backlash from fans and politicians against the new league continued on Tuesday, though shares in Manchester United MANU, +6.74% — listed in the U.S. — were up more than 2% in premarket, after climbing near 7% on Monday.

Johnson & Johnson reports $100 million in quarterly sales from Covid vaccine
The Moneyist: ‘I vow to fight for full custody of my kids’: I married my wife THRICE to bring her to the U.S. — she surprised me with divorce
Comment

PayPal Will Invest About $500 Million in Uber at IPO Price: WSJ

Why Investors Should Want Jeff Immelt on Twilio's Board

Capitol Report: Here’s Washington’s new fight over the small-business coronavirus bailout: what to do with leftover cash