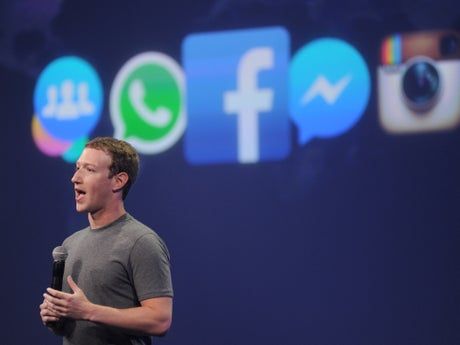 Facebook will start adding informational labels to posts on climate in the UK that direct people to the Information Centre Read More... 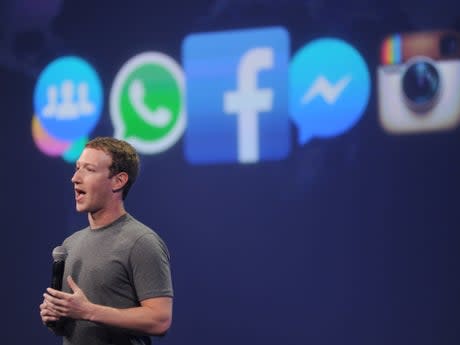 (Bloomberg) — Walmart Inc. fell after forecasting a slowdown in sales and profit for the year, plus billions of additional spending on worker salaries, automation and other technology.The retailer said Thursday earnings per share will decline slightly in the fiscal year that just started, though will be flat or slightly up when excluding divestitures. Although U.S. comparable sales will stay positive this year, they’ll rise in the low-single-digits, below the recent breakneck rate but on pace with estimates.Walmart shares fell 5.6% at 9:30 a.m. in New York. Over the past 12 months, the shares have outpaced the S&P 500 but have trailed Target Corp.After an unprecedented year marked by shortages of staples like toilet paper, surging web traffic and constant shifts in demand from quarantined consumers, Walmart expects a return to more normal business patterns in 2021. But it won’t be business as usual as the retailer is pushing into new areas like advertising and web marketplaces, looking to capitalize on the connections it already has with shoppers. Those moves, along with the wage increase, will cost money though, and there’s no guarantee they will all pan out.Wage HikesWalmart pledged Thursday to raise wages to an average of more than $15 per hour, up from a current average of more than $14 per hour. About 425,000 employees out of roughly 1.5 million total in U.S. are slated for increases, mostly in roles that support its digital and stocking operations, U.S. CEO John Furner said in a separate memo to workers Thursday.Follow Along With Walmart’s Fourth-Quarter Earnings CallChief Financial Officer Brett Biggs said in an interview the wage hike is “focused on roles that will help us fulfill our strategy around online pickup, delivery and e-commerce.” He also said he wants to create more of a “ladder of opportunity” for the retailer’s sprawling workforce, some of whom joined the retailer after losing jobs in occupations negatively impacted by the pandemic.The move comes amid calls from President Joe Biden to gradually increase the federal minimum wage to $15 per hour as a means to lift hundreds of thousands of Americans out of poverty. Chief Executive Officer Doug McMillon recently said Walmart opposes a universal wage of $15 as increases should reflect regional norms, and this move — an average starting rate, not a minimum one — means some workers will still be below that $15 threshold. New starting rates are moving to between $13 and $19 per hour.Investors have reacted negatively in the past when Walmart has boosted wages. In 2015, shares plummeted when McMillon, then fresh in the job, decided to raise starting wages to at least $10 an hour.Tech SpendingIn addition to spending more on salaries, Walmart says it will invest about $14 billion this year on things like supply chain and automation, up from the $10.3 billion it spent on capital expenditures in the year that just ended. Those kind of investments will help it expand in retail’s growth areas like microfulfillment of groceries and better digital experiences for customers. That’s increasingly important as Walmart’s U.S. e-commerce sales grew 79% in the year.“We need more space for fulfillment centers, but also for some of the innovative things we’ve seen in the supply chain,” Biggs said. “That includes pallets that are aisle-ready and making grocery-picking more efficient in the back room. A lot of dollars are going toward that.”When asked by an analyst whether the investments in wages and the supply chain are totally new, or were pulled forward from a more long-term plan, McMillon said they were planning to do all of this over time but the pandemic forced them to act faster. He also cited the conflicting demands on Walmart’s resources, as it has to juggle what it doles out in wages versus money for supply-chain improvements.Solid HolidayWalmart said adjusted operating income in constant currency decreased 3.2% in the latest quarter, primarily due to Covid-19 expenses and the company’s decision to repay property tax relief in the U.K.At the same time, sales surged. Same-store sales increased 8.6% for U.S. Walmart stores in the holiday period ended Jan. 31, well above the 5.7% average estimate compiled by Consensus Metrix. Biggs said the holiday performance was “good,” with gift-buying “solid.”Investors on today’s call are asking a lot of questions about Walmart+, including number of subscribers, but management wouldn’t release the figure. McMillon said he’s more concerned with delivering a great experience for existing members versus gathering new members. “We don’t want to get ahead of ourselves,” McMillon said.Analysts estimate that the service, which launched in September as a rival to Amazon Prime, has as many as 9 million members.(Updates with shares trading, details from call)For more articles like this, please visit us at bloomberg.comSubscribe now to stay ahead with the most trusted business news source.©2021 Bloomberg L.P.

NewsWatch: My wife drinks too much, has never bathed our 7-year-old son and now wants a divorce

Bulls And Bears Of The Week: Amazon, Apple, Boeing, Netflix, Tesla And More

Buy These 3 Stocks That Are Changing the Face of Entertainment

Key Words: Trump calls out ‘so-called rich guys’ speaking negatively about the stock market, alleges they are ‘betting big against it,’ as Dow falls 500 points