Facebook's News Feed, which comprises posts from friends and businesses, is the first thing users see when they open their account on the mobile app or go to the website. The company is running tests globally to get more specific feedback from users on what they want to see, wrote Facebook in a blogpost. Facebook also said it would look at posts with lots of angry reactions and ask people what content they want less of. Read More... 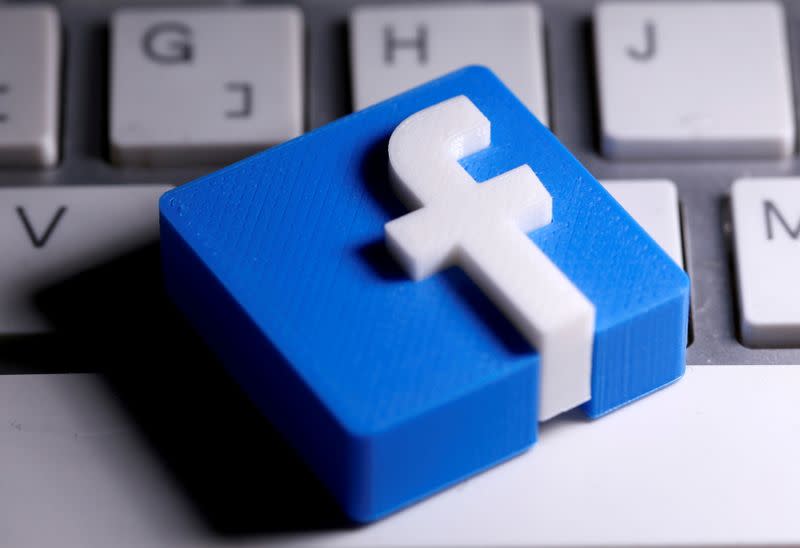 (Bloomberg) — Intel Corp. ducked getting hit with another multibillion-dollar damage award after a federal jury in Texas cleared it of claims it was infringing patents formerly owned by NXP Semiconductors NV on ways to speed up computers.Intel doesn’t infringe two patents owned by closely held VLSI Technology LLC, according to the federal jury in Waco, Texas. The trial was held in the same courthouse where a different jury told Intel to pay VLSI $2.18 billion over other patents last month.This was the second of three trials in suits VLSI lodged against Intel over patents that until early 2019 were owned by Dutch chipmaker NXP Semiconductors. A third trial, also before U.S. District Judge Alan Albright, is scheduled to begin in June.In the most recent trial, VLSI was seeking $3 billion in damages, saying the inventions were critical to Intel’s ability to make chips faster and with fewer energy requirements. That’s more than 3,000 times what the patents were valued at in past acquisitions, Intel’s lawyers argued.Intel denied using any of the inventions, saying its own engineers have spent decades developing the chips that are used in everything from laptops to military fighter planes. It also argued that the patents didn’t cover new ideas even two decades ago, when they were issued.Intel said in a statement that it was pleased the jury “rejected VLSI’s meritless claims that Intel’s cutting-edge processors infringe expired patents on MP3 player technology.”VLSI was seeking damages for a period beginning March 1, 2019, just before the suit was filed. One of the patents, issued in 2002, expired in November; while the other was issued in 2003 and expires in May, according to data compiled by Bloomberg Law.Intel reported $20.9 billion in net income on $77.9 billion in revenue last year.VLSI was created in 2016 by the Softbank Group Corp.-owned Fortress Investment Group, according to an antitrust lawsuit Intel and Apple Inc. filed against Fortress. Fortress has “deployed patents in waves of lawsuits against their targets without regard for the merits of the claims,” Intel and Apple said in the complaint, which is pending in federal court in California.A federal judge had initially tossed the antitrust case, but Apple and Intel amended their complaint a week after the $2.18 billion verdict, arguing that trial and VLSI’s demand for billions more over other patents is evidence of Fortress’s anticompetitive activities. Fortress is scheduled to respond by April 26.Intel said the cases show the need for legislation “to prevent such ‘litigation investors’ and their shell companies from using low-quality purchased patents to extract exorbitant damages from productive American businesses.”VLSI has no products and its only potential revenue is its litigation against Intel. VLSI lawyer Morgan Chu of Irell & Manella told the jury not to be distracted by that issue.“This was technology that had looked over the horizon, changed the way Intel designed their chips,” Chu told the jurors in closing arguments. The damages request “is a large number but it’s a large number because Intel is the dominant company selling this infringing product.”The patents originated with SigmaTel Inc., which was bought by Freescale Semiconductor Inc. for $110 million in 2008, which in turn was bought by NXP in 2015 in a $12 billion deal. In Freescale’s purchase, SigmaTel’s “intangible assets,” which included a portfolio of hundreds of patents, were valued at $7 million, said Intel lawyer William Lee of WilmerHale in Boston.VLSI brought “unfair and unfounded claims that were created for litigation, and a $3 billion claim that was created for by a paid-for expert,” Lee said in closing arguments, calling the damages demand “objectively unreasonable.”NXP isn’t a party to the case, though in the first trial Lee said that the chipmaker would receive a cut of any damage award. The Eindhoven, Netherlands-based company said it doesn’t comment on ongoing litigation as a matter of corporate policy.During the trial, Intel witnesses highlighted the Santa Clara, California-based company’s long history in developing the chips that power devices that have transformed all aspects of society, and its efforts for the next generation of electronics.Intel has announced billions of dollars in spending on new factories and creating a foundry business to make chips for other companies, part of an aggressive push to regain its manufacturing lead. The move has the support of the Biden administration, which is calling for more U.S.-based chip manufacturing as a result of a global shortage of computer chips caused in part by the pandemic and the world’s reliance on two Asian companies.The patents were the subject of litigation between SigmaTel and Chinese chipmaker Actions Semiconductor Co. in a dispute that settled in 2007. The only other litigation involving these patents are the lawsuits against Intel, Bloomberg Law data show.The case is VLSI Technology LLC. v. Intel Corp., 21-299, U.S. District Court for the Western District of Texas (Waco).(Updates with Intel comment in 6th and 11th paragraphs.)For more articles like this, please visit us at bloomberg.comSubscribe now to stay ahead with the most trusted business news source.©2021 Bloomberg L.P.

: Is now a good time to buy a house? Should homeowners sell? Your guide to the hot real-estate market
American and Southwest report stronger bookings, ramp up schedules
Comment

What Analysts Recommend for Tilray in April

Deep Dive: Few stocks pass this rigorous test, but those that do may serve you well through market turmoil