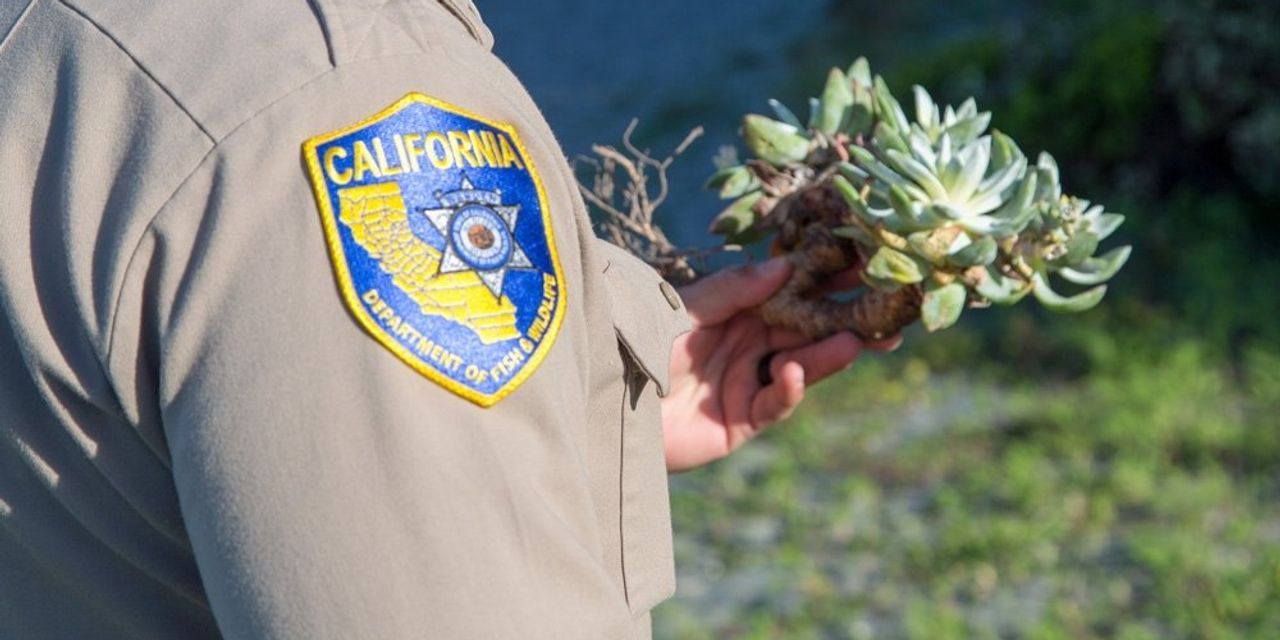 The leader of an international plant poaching ring has pleaded guilty to digging up thousands of succulents from remote state parks in California to ship to Asia to sell for giant profits, federal prosecutors said.

Byungsu Kim, 46, of South Korea, was accused with two co-conspirators of flying to Los Angeles in 2018, and then driving to small state parks in northern California where they illegally dug up numerous Dudleya plants.

The plants are prized in Asia, but take years to grow in nurseries, so those growing in the wild along the California coast have become a major target for poachers, authorities say. Black market Dudleyas can sell for up to $1,000 each, wildlife experts say.

“Local law enforcement then executed a search warrant on the cargo, and found more than 3,000 Dudleyas inside, prosecutors said.”

Prosecutors say Kim and his accomplices, Youngin Back, 47, and Bong Jun Kim, 46, stole plants from DeMartin State Beach and Del Norte Coast Redwoods State Park that were worth more than $600,000 in Asian markets.

Kim and his accomplices then drove the stolen plants to a nursery near San Diego. They then turned around and headed back north to Russian Gulch State Park in Mendocino County, where they allegedly pulled up more Dudleya plants before returning to the nursery.

Before attempting to ship the plants to Korea, Kim made arrangements for a local agriculture inspector to come to the nursery to fill out the requisite paperwork. But prosecutors say he told the inspector that the shipment contained only about 1,400 Dudleya plants and that all of them had come from San Diego County.

“Kim and his accomplices were arrested on state smuggling charges and Kim had his Korean passport confiscated by the court.”

Kim then brought the plants with the fraudulent permit to a commercial exporter in Los Angeles. Local law enforcement then executed a search warrant on the cargo, and found more than 3,000 Dudleyas inside, prosecutors said.

Kim and his accomplices were arrested on state smuggling charges and Kim had his Korean passport confiscated by the court. But in January 2019, Kim allegedly obtained a new passport form the South Korean consulate by claiming he had lost his original.

When he later learned that federal charges were pending against him, Kim and Back fled to Tijuana on foot and eventually flew to China from Mexico and on to South Korea.

Months later, Kim was arrested in South Africa on similar charges of poaching plants from protected areas. He pleaded guilty to charges there, and was extradited to the United States last year.

Kim faces up to five years in federal prison when he is sentenced next January, prosecutors said. Kim’s co-conspirator, Bong Jun Kim, served four months in prison after pleading guilty to state charges in 2019. Back remains a fugitive, officials said.

Dow Jones Futures: Market Rally Retreats Amid ‘Epic’ Apple Sell-Off; Will Tesla Self-Driving Release ‘Blow Your Mind’?
The Big Move: My mother-in-law moved into our rental home years ago and made $60,000 in upgrades. We now want to sell. Should we repay her?
Comment

Google, Facebook Would Face FTC Over Policies in Democratic Bill