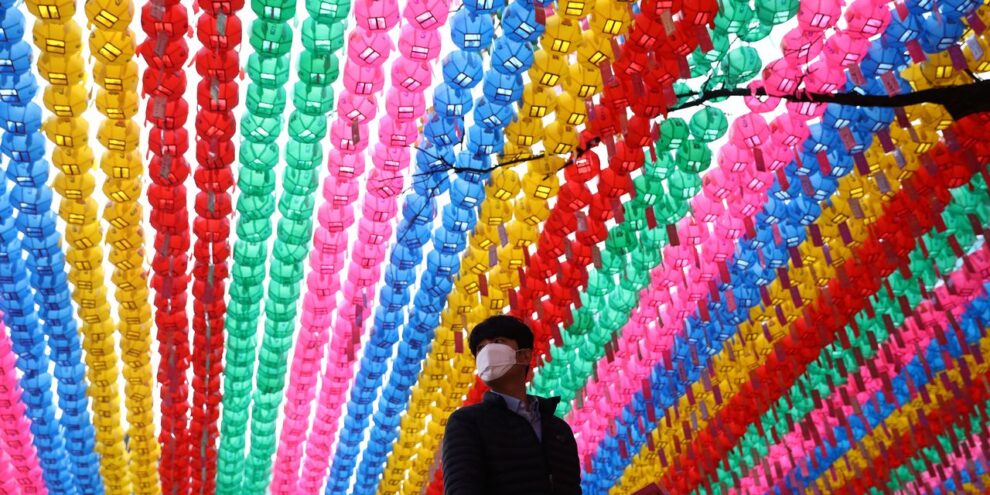 The U.S. stock market is in a tizzy. For now there are better prospects in China, South Korea and elsewhere in Asia. Read More... 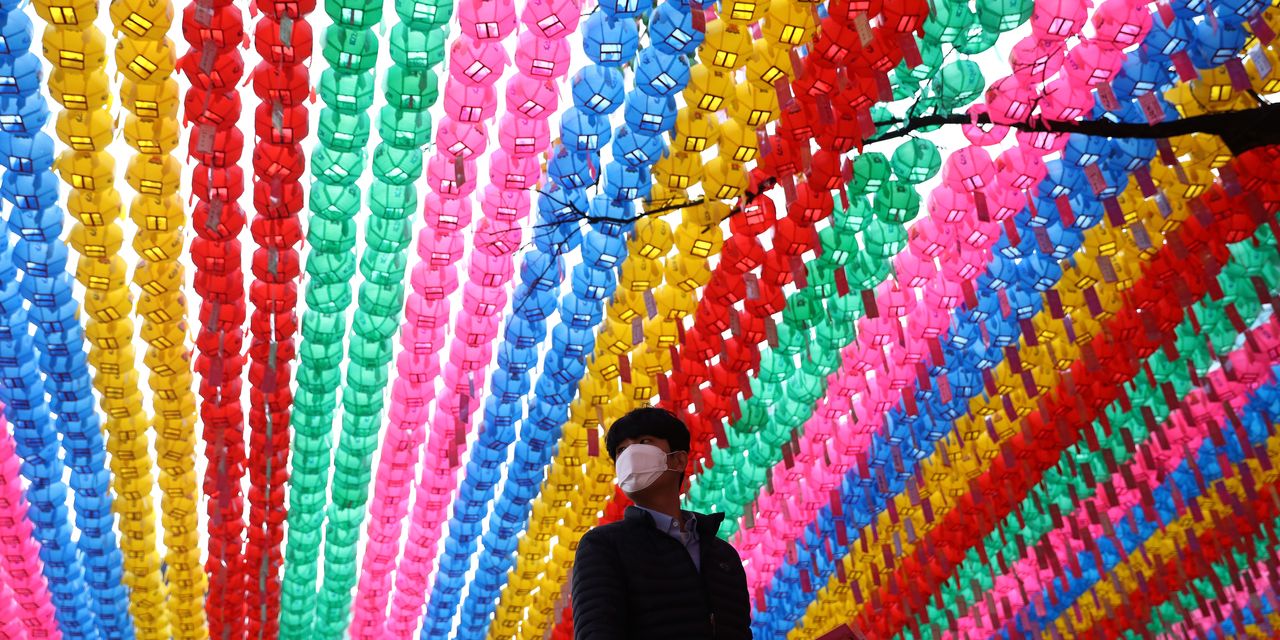 That’s why, with the global economy poised to take off because of trillions of dollars in stimulus, it’s a prudent idea in the current U.S. stock market selloff to do some contrarian buying emerging markets (EM). Those stocks will likely outperform their S&P 500 SPX, +0.10% and Nasdaq COMP, -0.59% equivalents.

To find ideas, I recently caught up with Michael Oh, who manages the Matthews Asia Innovators Fund MATFX, -1.59%. A native of Korea who moved to the U.S. when he was 15, Oh settled in the Bay Area by way of University of California, Berkeley. Since becoming portfolio manager at his fund in 2006, he’s readily beaten competing funds and benchmarks.

Looking beyond the inflation tantrum

Oh says he’s taking the current inflation tantrum in stride. Instead, he prefers to stay focused on the basic tenets that have served him well over the years. It boils down to this: Identify long-term trends and buy companies that will benefit, as long as they have the right qualities.

“These trends can last as long as 20 years,” he says. “When you find a long-term structural trend that will play out over five to 20 years, then short-term economic cycles impact you less.”

Here are five lessons from Oh, and 11 stocks from his portfolio — based on his favorite mega trends and go-to company qualities. Oh is worth listening to because his fund beats its Pacific/Asia ex-Japan fund category and its benchmark MSCI AC Far East ex-Japan Index by over 10 percentage points annualized over the past five years, according to Morningstar. It also beats them by 4-4.5 percentage points since Oh took the helm 15 years ago.

Lesson # 1: Buy into the emerging middle class in China

A big perceived negative on China now is that global companies are transplanting supply chains elsewhere — to dodge gnarly problems like trade restrictions and tariffs that pop up because of simmering U.S.-China tensions.

Oh doesn’t think supply chain relocation will be a big challenge for China, since so many people are breaking into the middle class. That’s transforming China to a domestic growth story from “factory of the world.” Japan and Korea went through the same transition years ago, so there are plenty of guideposts.

Here’s one that’s key. The median income in China has hit $8,000-$9,000 a year. That’s the inflection point to watch for, says Oh. Once people hit this income level, they reach beyond spending on the basic necessities. This is great for companies in areas like leisure, entertainment, electronic gadgets, sportswear and health care.

Wuxi Biologics, a Matthews Asia Innovators Fund holding that trades over the counter in the U.S., offers a good example. It provides research services to biotech companies developing drugs and therapies in China. Until now, only the U.S. and Europe had big enough markets to support drug development companies. But now, China joins the club because of its emerging middle class (and the next mega trend, below).

This means the entire biotech industry is poised to take off.

“We like the biotech industry in China a lot,” says Oh.

You can try to pick winners. But it also makes sense to own the research-services company that will serve them — meaning Wuxi Biologics.

“It is a good proxy for betting on China’s biotech growth,” says Oh. This stock has tripled since December 2019. But it still has a reasonable valuation given the growth prospects, says Oh.

Oh is only allowed to talk about three names from his holdings. (The other two are below.) But a look at his portfolio shows he also owns Innovent Biologics (which also trades over the counter), a cancer therapy research company.

Other names from his holdings that look like they will benefit from greater spending beyond necessities as more Chinese join the middle class include Samsung Electronics, the restaurant chain Haidilao International HDALF, +1.74% and Li Ning LNNGY, +1.55% in sporting goods.

Lesson # 2: Invest in rising disposable incomes in China and elsewhere in Asia

This sounds a lot like the emerging middle class theme. But it’s different, because pay levels are rising across the income spectrum, including among people in the upper range of “middle class” and beyond.

This is an important investing trend in Asia. While economic growth in Korea is fairly mundane at 2%-3% a year, disposable income there is growing at a much faster 10%, says Oh. In other Asian countries, the growth rate hits 20%-30%.

“When income grows that quickly, it creates huge opportunities for companies and entrepreneurs,” says Oh.

This trend means people splurge more on luxury items sold by Moet Hennessy Louis Vuitton LVMUY, +0.03%, a name in Oh’s portfolio. But they also spend on more practical thing like life insurance. Here, his fund owns AIA Group AAGIY, -4.39%. Wuxi Biologics is a play on this theme, as well, since people spend more on health care when they have more discretionary income.

Lesson #3: Invest in companies that benefit from powerful sector and product trends

Oh identifies several of these which you are already familiar with — like e-commerce, the cloud and electric vehicles. To make it into his portfolio, a company has to be a dominant player in its space.

Here, Oh cites Sea SE, -0.76% in online games, e-commerce and digital financial services. Sea is like a combination of Tencent TCEHY, -7.52% and Alibaba BABA, -3.71%, positioned in Southeast Asia. Sea is the dominant e-commerce platform in many countries in Southeast Asia, including Indonesia, the Philippines and Malaysia, say Oh.

“Once you have become a dominant player, you have a barrier to entry,” he says.

Oh says the video content platform company Bilibili BILI, -0.41% may well become the YouTube of China. This is a play on the popularity of video-content creation in China.

“It has a clear secular tailwind,” says Oh.

That’s already helped propel the company to a $40 billion market cap, up from $10 billion when his fund first bought it. But Oh thinks Bilibili’s market cap will grow to $100 billion and beyond. So he cites this one as an example of a holding with a reasonable valuation.

Michael Brush is a columnist for MarketWatch. At the time of publication, he had no positions in any stocks mentioned in this column. Brush publishes a stock newsletter called Brush Up on Stocks. Follow him on Twitter @mbrushstocks.

How to Think About Lofty Price-to-Sales Ratios
: Biotech stocks are a buy — especially these 18 picks
Comment

One year on, Canada’s legal cannabis market is down but not out

This bitcoin ad was literally a chart crime