Study will compare how immune systems respond to Valneva’s vaccine candidate with the one jointly developed by AstraZeneca and the University of Oxford. Read More... 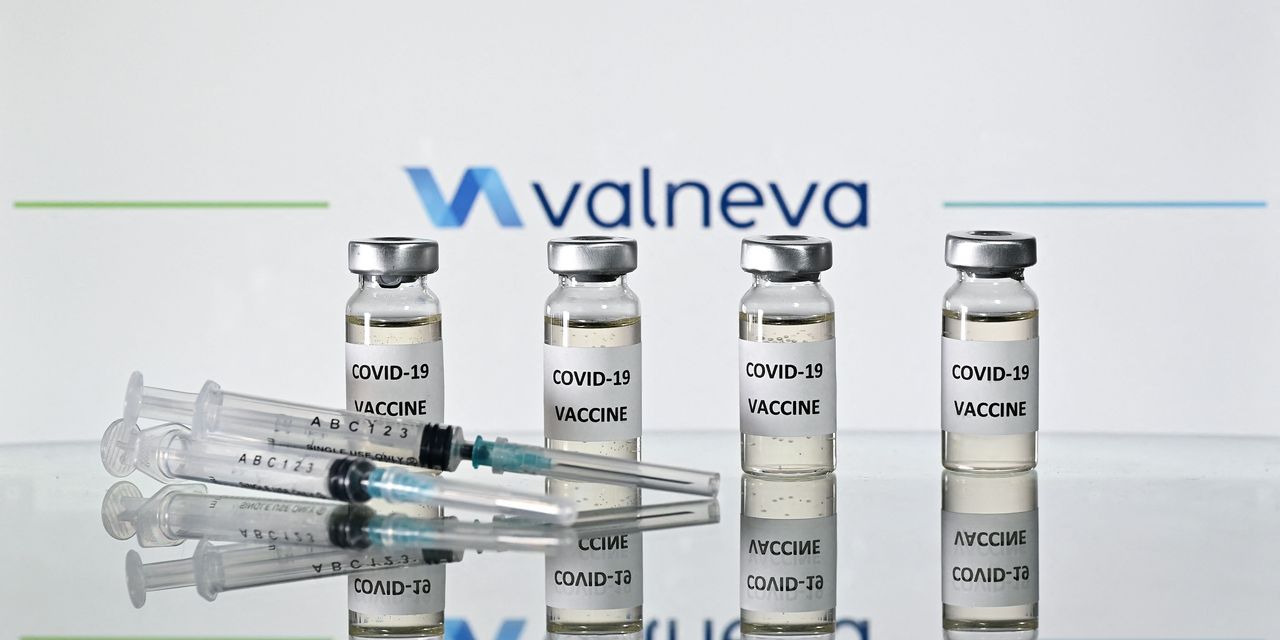 It comes as Valneva said it would give priority to securing deals with individual countries after it failed to make “meaningful progress” on supplying its vaccine candidate to the European Union, dealing another blow to the bloc’s immunization program.

Valneva’s Cov-Compare Phase 3 study will compare its vaccine candidate against the one jointly developed by drug company AstraZeneca AZN, +1.61% and the University of Oxford, to determine its safety and effectiveness, the company said in a statement on Wednesday.

The trial will look at the immune response of 4,000 participants two weeks after getting their second dose of either vaccine, administered in a four-week interval. It will be conducted at approximately 25 sites in the U.K. with the support of the National Institute for Health Research.

The company plans to conduct additional, complementary trials while the Cov-Compare study is progressing.

Shares in Valneva VLA, +0.67% rose 2.59% in early European trading. The stock has risen more than 57% in the year to date, according to FactSet.

Saint-Herblain, France-based Valneva is developing an inactivated, whole virus vaccine, a more traditional approach to making shots than the one taken by German biotech BioNTech BNTX, +3.60% with U.S. drug company Pfizer PFE, +1.28%. Valneva will use an adjuvant — ingredients that can be added to vaccines to make them more effective — made by U.S. biopharmaceutical Dynavax DVAX, +5.03%.

Valneva said on April 6 that it would start large-scale efficacy trials of its two-dose vaccine candidate later that month, after initial results from a Phase 1/2 clinical trial involving 153 people aged 18-55, showed it produced a “strong immune response.”

The shot was also found to be “highly immunogenic,” with “more than 90% of all study participants developing significant levels of antibodies to the coronavirus spike protein. It also induced T-cell responses, which help the body fend off a virus and play a role in long-lasting immunity.

Valneva expects to file for approval with U.K. regulators in the autumn of 2021. If approved, the vaccine will be produced in Livingston, Scotland. The U.K. has secured up to 100 million doses of the inactivated vaccine, with the option of purchasing 90 million more doses between 2023 and 2025. Valneva expects to deliver 60 million doses by the end of the first quarter of 2022.

Earlier this week, Valneva said it was “deprioritizing” centralized talks with the European Commission to supply its COVID-19 shot across the 27-member bloc, focusing instead on bilateral discussions on “a country-by-country basis.”

“We’ve committed significant time and effort to try to meet the needs of the central EC procurement process. Despite our recent clinical data, we have not made meaningful progress,” said Valneva Chief Executive Thomas Lingelbach in a statement.

Instead, Valneva said it would focus on “those European Union member states and interested parties outside the EU” that expressed interest.

The EU said in January that it had concluded “exploratory talks” with Valneva for the supply of up to 60 million doses of its vaccine candidate. However, it had not completed the deal.

The Tell: Pick a winner? Wall Street is already screening which corporate bonds may benefit from Fed purchases

NerdWallet: All the ways your burnout is costing you money