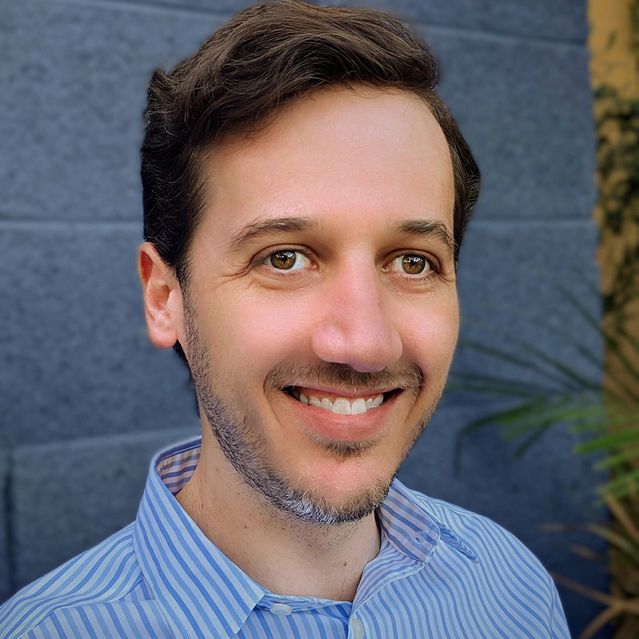 Only a sliver of workers negotiate when presented with a noncompete agreement, one study said. Read More...

In a career that started in software engineering and rose to management, Chad Burggraf estimates he’s likely signed four noncompete agreements — but he’s always done it with reluctance.

Most of the clauses stipulated that Burggraf had to wait at least a year before he could take a role with another company in the same line of work as his employer. One was filled with even more aggressive conditions and a three-year wait period.

So Burggraf’s resume is filled with tactical hops to stay on the right side of these agreements. He’s known people who needed to pay up in court after their ex-business sued over a noncompete clause.

Before becoming his own boss as the founder and CTO of Assetbots, a software business that helps companies keep track of the equipment that workers use, Burggraf’s software development and management experience ranged from juvenile corrections to smartphone app development and healthcare.

“It just doesn’t feel right that an employer has the ability to restrict my earning potential after our employment engagement is over. That has always felt to me uniquely unbalanced,” the 40-year-old Phoenix entrepreneur said, later adding, “It just always felt to me like this employer is trying to tell me what I can do with my own talent after our relationship is over. And that’s just not a good feeling.”

If the Biden administration gets its way, noncompete agreements would be banned and that nagging feeling would go away for people who view the agreements as Burggraf does. The Federal Trade Commission unveiled a rule proposal Thursday that would make it illegal for employers to enter new noncompete agreements with workers. They would also have to rescind existing ones.

Approximately 30 million employees in all sorts of industries — including lower wage workers — are bound by such agreements, according to FTC estimates. A ban that facilitates easier moves from job to job would boost their wages by nearly $300 billion, the regulator said.

The proposal has been hailed by worker and consumer-advocacy groups. It’s also been blasted by business organizations who describe the FTC’s move as government overreach that overlooks the fact that many states already have laws governing how the agreements can be used.

“We believe that both things are true, that noncompetes can be inappropriate and abusive, but can also in other circumstance be appropriate and necessary. It makes little sense to have a blanket ban. In the past the states have drawn these lines, we question the need for a federal rule,” Sean Heather, the U.S. Chamber of Commerce’s senior vice president for International Regulatory Affairs and Antitrust, said Thursday.

What happens next is unclear. The FTC is seeking public comment. But critics, including a Republican FTC commissioner, say any finalized rule might not hold up if a legal challenge put it before the Supreme Court.

What are noncompete agreements?

The agreements generally prevent employees from working with rival businesses, or in a certain geographic area, for a set period of time. The FTC notes employers may also face other types of post-work restrictions, like non-disclosure agreements, customer/client non-solicitation agreements, no-recruit agreements and training repayment agreements.

“Nearly 35% of people without a bachelor’s degree reported entering a noncompete at one point.”

Compared to other clauses saying what workers can and cannot do post-employment, “noncompete agreements are more protective because they are so blunt. They prohibit a move in the first place, and that’s essentially where the harm comes from,” said Evan Starr, a professor at the University of Maryland’s Robert H. Smith School of Business.

Starr’s research on noncompete agreements includes analysis of survey data from more than 11,500 workers. The agreements are more common in higher-paying and higher-skilled jobs, including technology, manufacturing and information-based industries, he said.

Nevertheless, nearly 35% of people without a bachelor’s degree reported entering a noncompete at one point and 14% of the same segment said they were currently working with one, the study said.

Three states say noncompete clauses are unenforceable for nearly all workers, California, North Dakota and Oklahoma. It’s noteworthy that California, home to Silicon Valley’s innovation, is one of the three states, Starr said.

While some state laws do make distinctions on when the agreements can apply and for how long, “this is the boldest policy that they could have come out with,” Starr said. (The proposal makes “a limited exception” on noncompete agreements for the buyers and sellers of businesses, the FTC notes.)

Can you get around a noncompete agreement?

Is it possible to wriggle out of a noncompete agreement? It depends on state law specifics and even income. The FTC says 11 states and Washington D.C. have laws voiding noncompetes “based on the worker’s earnings or a similar factor.”

But there’s a good chance any legal resolution could be expensive and time-consuming, said Mark Hanna, a partner at Murphy Anderson, a Washington D.C.-based law firm representing workers.

“They don’t just go away. They are not easy to vacate,” said Hanna, who is vice president of public policy at the National Employment Lawyers Association. Many workers either stick with their jobs, leave and hope their ex-employer doesn’t sue or they work it out in a severance deal, he noted.

Neil Klingshirn, principal at Employment Law Partners in Independence, Ohio, sees all sorts of workers come to him with noncompete agreements and questions. That includes people in insurance sales, tech workers and hairstylists bringing a book of business to a new salon.

Ohio law offers some relief on overly broad agreements, but the agreement “is binding to the extent it is necessary to protect an employer’s business interests. An employee violates it at their peril.”

If it comes to legal blows, depending on your profession and job, Klingshirn says there’s a best-case scenario for legal fees around $25,000 to $30,000. The worst case could be “hundreds of thousands of dollars in legal fees and a potential seven-figure settlement,” he said. “So what do you want to do? Do you feel lucky?”

Obviously, negotiating to never sign one to begin with would be the least expensive, less restrictive, if not always the simplest, option. In today’s tight labor market, however, workers might have added leverage.

But Starr thinks “it’s rather unlikely that workers are negotiating these things out of employment contracts.” In his research, 10% of workers negotiated over their agreement and around one-third of people got the noncompete agreement after they took the job offer.

The agreement can commonly appear in the stack of paperwork workers get to sign on their first day, he noted. “At that point, what are you going to do? Are you going to walk out? You’re asked to sign these things and most workers just do.”

If you know your value, it’s worth brining up your aversion noncompetes in the hiring process. Indeed, Burggraf is one of the few who has negotiated terms of the agreement. In one case, he persuaded his employer to rescind the noncompete agreement.

Whatever happens to the FTC proposal, Burggraf knows his plan when it’s his time to hire employees for Assetbots. “One of the motivators of starting a business is to do it your way, and I certainly would prefer to operate under a more employee-friendly regime. And that does include not requiring noncompetes, even if this rule does not go forward.”