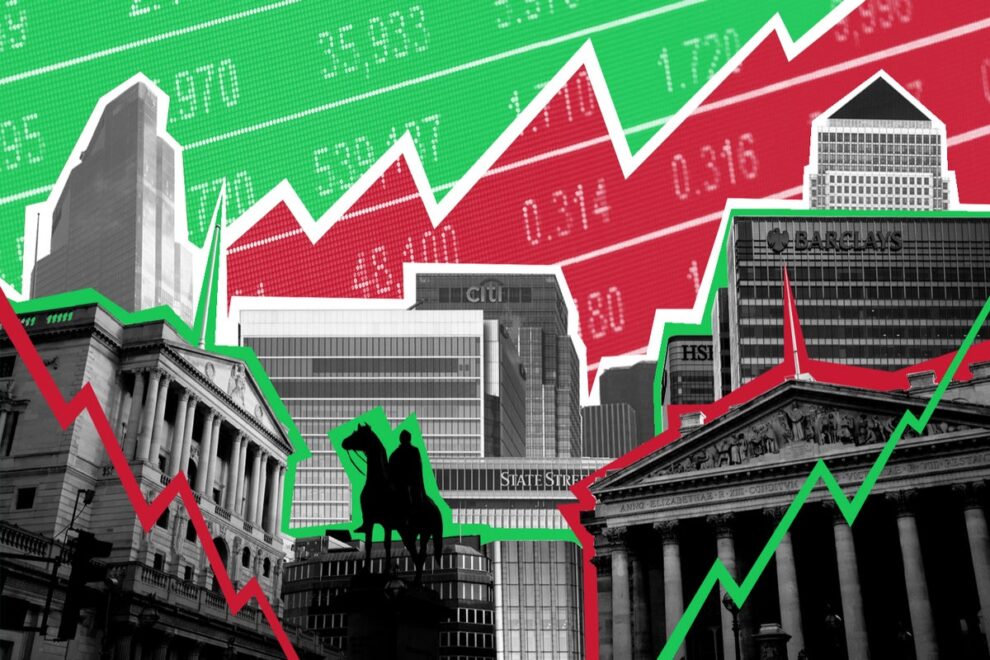 Amazon’s slide in value and Elon Musk’s Twitter takeover have led to a dramatic few hours in Wall Street’s Big Tech sector. The billionaire appeared to confirm media reports of his takeover, tweeting shortly before 5am UK time on Friday: “the bird is freed”. Read More...

Glencore shares today fell 3% after it lowered annual production guidance for some commodities, blaming factors such as extreme weather in Australia and industrial action at a nickel mine in Canada.

Mining valuations have been under pressure in recent days, fuelled by worries over the demand outlook in China and after a lacklustre reaction to latest production reports, including from De Beers owner Anglo American yesterday.

Glencore reported a big quarterly drop in copper output as it reduced annual guidance for several commodities, including in coal due to severe flooding in New South Wales.

Projections for zinc output have also suffered because of supply chain issues in Kazakhstan stemming from the Ukraine war, with nickel lower due to a recent 15-week strike at its mining complex in northern Quebec. However, Glencore’s giant marketing operation is expected to deliver an above-average second half performance.

The selling pressure for miners came as investors retreated to the sidelines, shaken by Amazon’s poor earnings figures and nerves ahead of next week’s interest rate decisions in the UK and United States.

More big rises are expected, in sharp contrast to today’s decision by the Bank of Japan to maintain its key short-term interest rate at minus 0.1%

Insolvencies rose 2% in the three months to September, government data shows, in the latest sign the UK economy is edging closer to recession.

One in 405 adults entered insolvency between 1 October 2021 and 30 September 2022, an increase of 3% on the previous year, but overall numbers were down slightly on the previous quarter.

Bankruptcies rose by 4% compared to the previous quarter to 1,713, but were lower than 2021 levels. Insolvencies soared in the second half of 2021 as the government began to withdraw its emergency coronavirus support package for businesses.

BRITAIN’S top four high street lenders have set aside towards £2.5 billion this week to deal with bad debts, a clear sign that the bankers are preparing for a recession.

Today NatWest recorded an “impairment charge” of £242 million for the last three months alone. That compares favourably to Barclays at £381 million, Lloyds Bank at £668 million and HSBC’s £930 million but is still a clear sign of looming distress.

That £2.5 billion figure doesn’t include write offs from other major high street lenders, such as Spanish owned Santander or Nationwide Building Society.

Fears of a house price crash of perhaps 30% are growing. That would leave many people in negative equity, just as they come to renegotiate mortgage deals at much higher prices as interest rates spiral.

NatWest chief executive Alison Rose said the bank has done 600,000 financial health checks as it seeks to be proactive in managing people’s finances.

“The levels of anxiety among people are high,” she told the Standard. “We are not yet seeing mortgages going into arears, but we know people are very worried.”

Four of the world’s richest tech billionaires have seen their wealth plummet a combined £50 billion in the past week as squeezed household incomes dampen consumer demand and soaring labour costs hurt profit margins.

Meta founder Mark Zuckerberg’s wealth dropped by £12 billion after Meta shares tumbled 20% as investors reacted with disappointment to a 52% drop in net income to $4.4 billion (£3.8 billion) in the quarter to 30 September.

Meanwhile Jeff Bezos is set to lose some £22 billion from his wealth today as Amazon shares fell 19% in after-market trading overnight as the tech giant warned profits were set to dip in the fourth quarter amid increased labour and delivery expenses.

Matt Britzman, Equity Analyst at Hargreaves Lansdown, said “Clearly, Amazon went too big too soon on its expansion plans and it’s had to put the brakes on and then some to try and get costs back under control.”

Confidence has been shaken by Amazon’s poor earnings figures, while investors are also positioning for next week’s interest rate decisions in the UK and United States.

Big retail sector fallers include JD Sports Fashion, which generates a big chunk of its revenues in the US. Its shares were 3% lower, off 2.7p to 98.8p.

Mining stocks added to the pressure after Glencore downgraded its annual production guidance for some commodities. Its shares dropped 3% or 15.4p to 485.6p and Rio Tinto lost 145p to 4519p.

The owners of the Lucky Voice karaoke bars have unveiled plans for a huge expansion and investment programme after punters flooded back to their venues far more quickly than expected after the pandemic.

The company, which has London venues in Soho, Islington and Holborn attended by celebrities including Harry Styles, Paul McCartney and Gwyneth Paltrow, said trade surpassed 2019 levels “within weeks” of reopening in May last year. Between March and May this year revenues were 54% up on the same period in 2019.

Under the new plan the business aims to have 10 venues by the end of 2024 “including a significantly expanded presence in London.” It has also earmarked £500,000 for upgrading its exisiting sites following a £300,000 refurbishment of the original Lucky Voice on Poland street in Soho..

Managing director Charlie Elek, said: “We’ve been delivering phenomenal nights out since 2005, and we’re sounding better than ever in 2022. The refurbishment of our Soho site forms part of a wider strategy for the business, as we seek to grow and invest in our venues to ensure we provide the most amazing experience, both for guests and for our teams. Our mission is to combine karaoke with great service, technology and food and drink, and we’re constantly thinking about how to give people their favourite night out.”

The impact of base rate rises meant the bank’s net interest margin of 2.99% was 27 basis points higher than the second quarter of the year.

NatWest has taken a bad debts charge of £242 million in relation to its core business, which it said reflected scenario planning rather than the underlying book performance where conditions continue to be benign.

Chief executive Alison Rose said: “The bank’s strong capital and liquidity mean we are able to help those who are likely to need it the most.”

Shares fell 6%, however, as increased inflationary pressures mean the bank no longer expects costs in 2023 to be broadly stable.

Elon Musk is now in charge of Twitter and has ousted its top three executives.

Sources on Thursday night (early Friday morning UK) would not say if all the paperwork for the deal, originally valued at $44 billion (£38 billion), had been signed or if it had been closed.

However they said the South Africa-born entrepreneur was in charge of the firm and had dismissed chief executive Parag Agrawal, chief financial officer Ned Segal and general counsel Vijaya Gadde.

The billionaire appeared to confirm media reports of his takeover, tweeting shortly before 5am (UK time) on Friday: “the bird is freed”.

Profits at British Airways owner IAG topped 1.2 billion euros (£1 billion) in the three months to September amid a return to overseas travel over the summer.

Revenues at the firm stood at 7.3 billion euros, around 1% higher than pre-pandemic levels despite continued travel restrictions in Asia and disruption at Heathrow airport.

Luis Gallego, IAG Chief Executive Officer, said: “All our airlines were significantly profitable and we are continuing to see strong passenger demand, while capacity and load factors recover.

The FTSE 100 index is expected to fall back today, having hit its highest level in over a month last night due to stronger energy stocks.

Disappointment over tech sector earnings and uncertainty ahead of next week’s interest rate decisions on both sides of the Atlantic means CMC Markets expects the FTSE 100 to open 47 points lower at 7026.

Futures markets are also pointing to a further 1% decline for the tech-led Nasdaq when trading resumes on Wall Street later.