Oil futures head higher on Friday, looking to recoup losses from a day earlier and turn higher for the week. Read More... 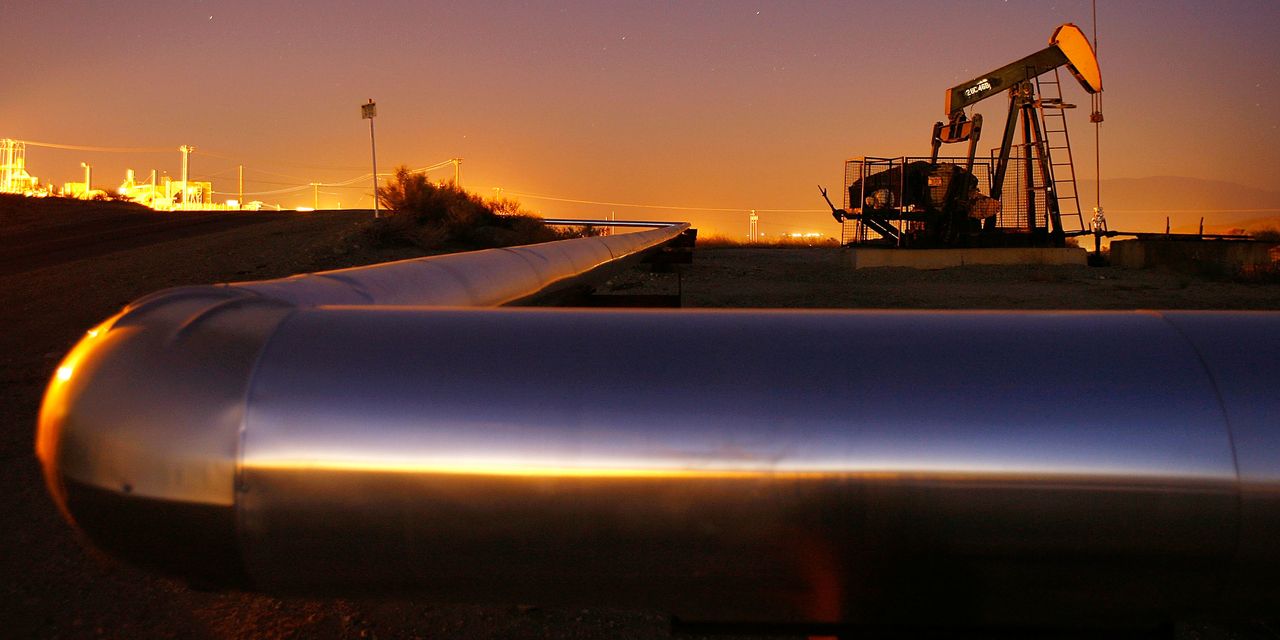 Oil futures climbed on Friday to turn higher for the week, with prices looking to recoup sharp losses from a day earlier that were blamed on strength in the dollar, following a shift in tone by the Federal Reserve this week.

“Oil is trying to come to grips with the fact that the Federal Reserve might have to raise interest rates sooner than later, and that stalled the market ascent until they understand exactly what the Fed has in mind,” Phil Flynn, senior market analyst at The Price Futures Group, told MarketWatch. “But in the short term, that doesn’t change the fact that we’re going to see global oil inventories tighten dramatically in the coming weeks.”

Meanwhile, Iran held a presidential election Friday. The likelihood that the nation is may see a hardline candidate become the winner, “probably reduces the odds that Iranian crude oil will come on the market anytime soon,” said Flynn.

Read: Why Iran’s presidential election is the ‘most important political milestone’ of 2021 for the global oil market

Indirect negotiations between the U.S. and Iran to revive the 2015 nuclear deal are ongoing and some analysts have said that a victory by a front-running hard-liner could slow negotiations.

Energy traders will also keep an eye on the Gulf of Mexico to see if a storm system in the region forms into tropical storm Claudette and causes any problems, said Flynn. “More than likely, it will shut in some production and delay imports and exports next week.”

On Wednesday, WTI crude saw the highest front-month contract settlement since October 2018, while Brent ended that session at the highest since April 2019, but prices for both contracts fell sharply Thursday.

“We believe that the strength of the U.S. dollar, which has seen [the euro/U.S. dollar pair] plunge in a matter of days from over $1.21 to $1.19 now, is chiefly responsible for the price correction,” said Eugen Weinberg, analyst at Commerzbank, in a note.

A surging U.S. dollar was getting the blame for a selloff across most of commodity markets, including crude oil Thursday. The greenback moved sharply higher Wednesday and Thursday after a Federal Reserve meeting that saw policy makers pencil in two interest rate increases by the end of 2023 and begin discussing the eventual tapering of its monthly asset purchases.

Read: Why the U.S. dollar is soaring — and what’s next — after Fed’s change in tone

The ICE U.S. Dollar Index DXY, +0.40%, a measure of the currency against a basket of six major rivals, was up 0.4% on Friday, headed for a 1.9% weekly gain, which it would be its strongest since September, according to FactSet. A stronger dollar can weigh on commodities priced in the currency, making them more expensive to users of other currencies.

The selloff across commodities, meanwhile, also appeared to be part of a pullback by assets that had been buoyed by bets on a pickup in inflation. The Bloomberg Commodity Index, which tracks 23 commodities futures markets, was down 4.6% for the week, trimming its year-to-date gain to 16%. The weekly pullback was on track to be the largest since March 2020.

“The fact that several other commodities have also weakened means sentiment towards the sector has turned negative, hurting crude oil in the process,” said Fawad Razaqzada, analyst at ThinkMarkets, in a note.

5 smart ways to shift your investments as the Fed gets ready for a big move
Outside the Box: For Juneteenth, America needs a new flag that all of us can honor
Comment

Dispatches from a Pandemic: As Spain welcomes back tourists, this tiny island finds ‘hearts divided’ with hope and anxiety

Next Avenue: Are probiotics a waste of money?

Mark Hulbert: These are the 14 value stocks that top-performing investment newsletters like the most