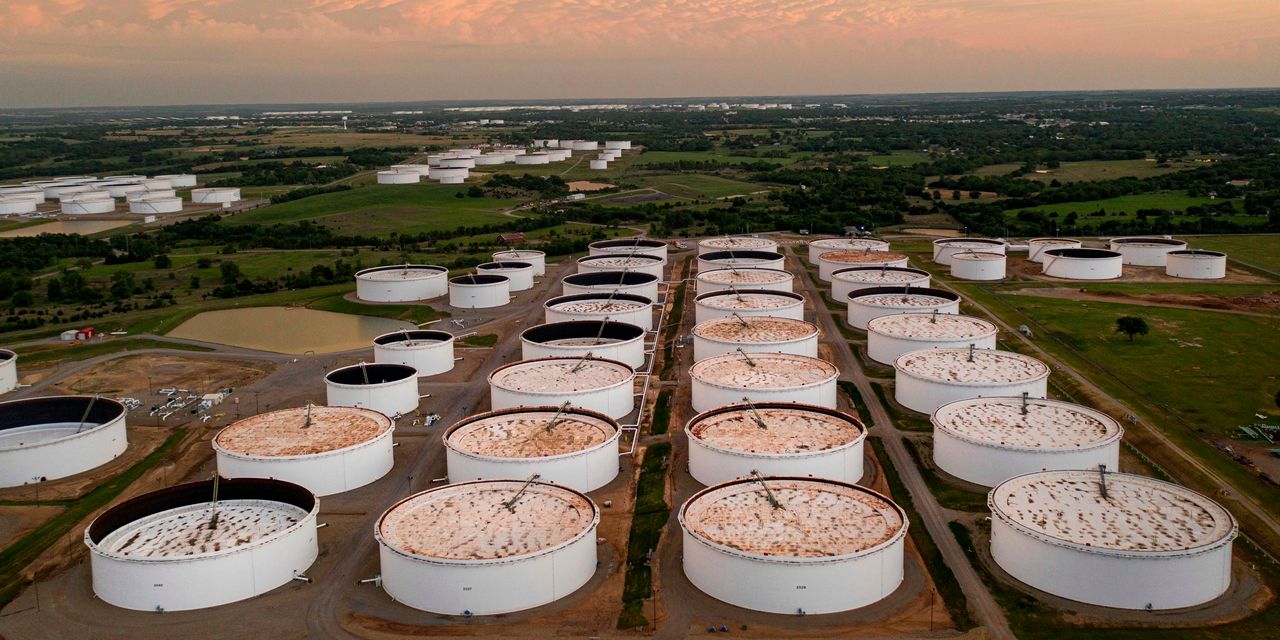 Oil futures fell Wednesday, under pressure following industry data that showed a modest rise in U.S. crude inventories. The drop for crude prices also tracks with a slump in global equities and a retreat for other commodities.

Brent on Tuesday briefly traded above $70 a barrel before turning south. “Besides the strong technical resistance, increased risk aversion in view of the weakness on the stock markets and the massive slump in so-called cryptocurrencies is likely weighing on its price, as no doubt is the current news backdrop,” said Eugen Weinberg, commodity analyst at Commerzbank, in a note.

Global equities were under renewed pressure Wednesday, with U.S. stock-index futures pointing to a sharply lower start for major indexes. Bitcoin BTCUSD, -11.04% fell below $40,000 for the first time in months, with crypto assets feeling pressure after the People’s Bank of China apparently warned against using digital coins as payment.

Commodities have seen broad gains in 2021 on surging demand and supply constraints, including supply-chain bottlenecks, as much of the world begins to emerge from the COVID-19 pandemic. But several highflying commodities have set back in recent sessions. Lumber futures LB00, -4.75%, for example, have fallen for seven straight sessions.

Meanwhile, the American Petroleum Institute reported late Tuesday that U.S. crude supplies inched up by 620,000 barrels for the week ended May 14, according to sources. The data, however, also reportedly showed gasoline stockpiles down by 2.8 million barrels, while distillate inventories fell 2.6 million barrels.

Crude stocks in Cushing, Okla., the delivery hub for Nymex futures, edged up by just 53,000 barrels for the week, sources said.

More closely followed inventory data from the Energy Information Administration will be released Wednesday. On average, the EIA is expected to show crude inventories down by 2.9 million barrels, according to a survey of analysts conducted by S&P Global Platts. It also forecast a supply climb 600,000 barrels for gasoline, but a 200,000-barrel decline for distillates.

U.K. economy forecast to remain below pre-COVID peak through 2021 while FTSE 100 surges again

Battle Lines Drawn for Political Ads in Next Election