The U.S. oil benchmark pulls back from a seven-year high after data from an industry trade group shows a rise in crude and fuel inventories. Official weekly data is due Wednesday morning. Read More... 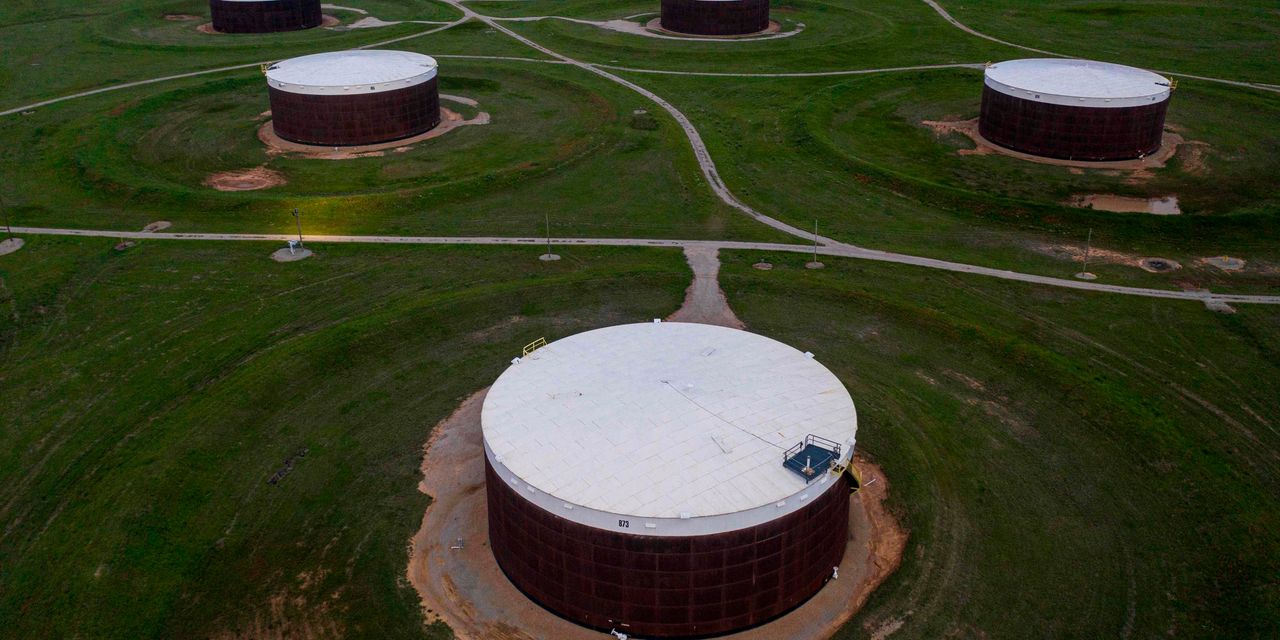 Oil futures fell Wednesday, with the U.S. benchmark pulling back from a seven-year high, after industry data showed a rise in crude and fuel inventories last week ahead of closely followed government data.

The American Petroleum Institute reported late Tuesday that U.S. crude supplies rose by 2.3 million barrels for the week ended Oct. 22, according to sources. The API also reportedly showed inventory increases of 530,000 barrels for gasoline and 986,000 barrels for distillates.

“There is a risk we may see further weakness if the U.S. Department of Energy’s weekly stockpiles report shows a surprise build in inventories today,” said Fawad Razaqzada, market analyst at ThinkMarkets, in a note.

However, API saw crude stocks in Cushing, Oklahoma, the delivery hub for Nymex futures, down by 3.7 million barrels for the week, sources said. Falling inventories in Cushing have underlined tightness in the market amid a scramble for physical crude.

On average, data from the Energy Department’s Energy Information Administration is expected to show crude inventories down by 100,000 barrels, according to a survey of analysts conducted by S&P Global Platts. The survey also calls for supply declines of 2.7 million barrels for gasoline and 2 million barrels for distillates.

As Schwab slashes commissions, can it get any cheaper to be an investor?

: Gilead coronavirus drug use expanded to include moderate cases