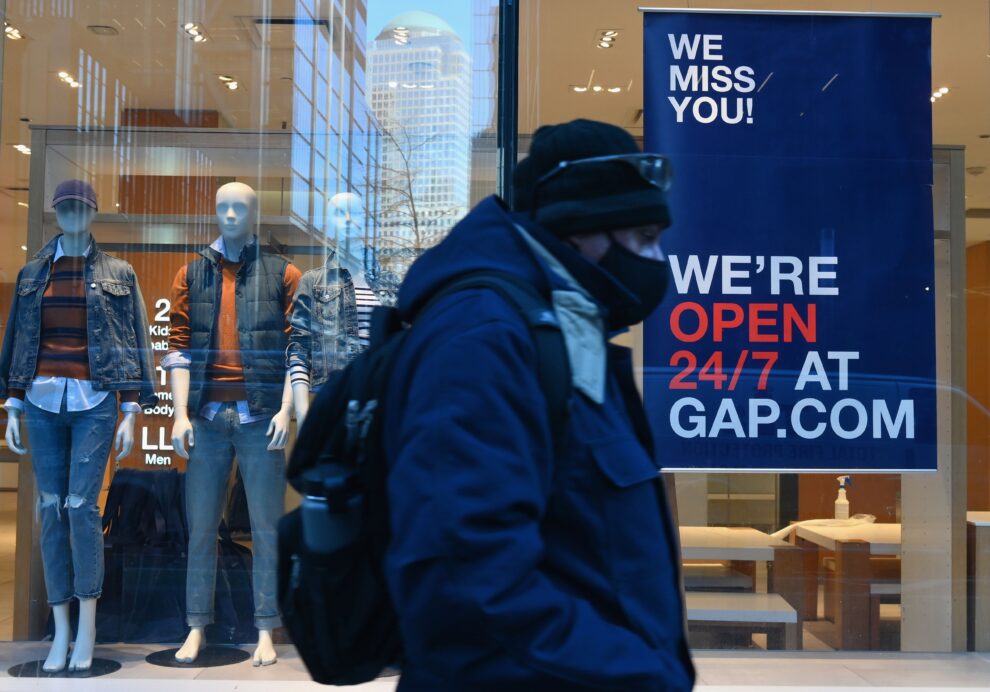 Gap Inc. is calling for a bounce back to sales growth in 2021, hopeful that customers will soon return to its stores and spend more money on apparel. Read more...

Gap Inc. on Thursday predicted a bounce back to sales growth in 2021, hopeful that customers will soon return to its stores and spend more money on apparel as they look to resume some social activities.

Its shares shot up more than 4% in after-hours trading.

The apparel maker reported fourth-quarter sales that came up short of estimates, as the ongoing coronavirus pandemic forced temporary store closures in Europe, parts of Asia and Canada. But it swung to a profit, thanks to its efforts to sell more merchandise at full price and progress it made shuttering underperforming stores.

It showed continued strength at its Old Navy and Athleta brands, which focus on basics and workout gear. But its namesake Gap brand and Banana Republic label reported another quarter of sales declines.

Same-store sales for Gap’s athletic apparel brand Athleta grew 26% year over year, and they were up 7% at Old Navy. Gap’s namesake brand, however, booked a 6% same-store sales decline, and Banana Republic said that metric fell 22%. Same-store sales are a key metric for retailers that track performance online and at stores open for at least a year.

Gap said its overall online sales were up 49%, representing 46% of net sales during the quarter.

For fiscal 2021, the company is calling for net sales to be up a mid- to high-teens percentage compared with 2020. That’s assuming Covid-related impacts continue in the first half of 2021, and the retailer returns to a more normalized, pre-pandemic level of sales in the second half of the year, the company said.

Analysts had been calling for year-over-year revenue growth of 14.1%, according to Refinitiv.

One constraint, however, continues to be backlogged U.S. ports that are causing inventory to be stuck in transit for longer periods of time. Gap said the port congestion is expected to continue through the first half of the year. Therefore, it expects inventory levels to remain elevated into the second quarter, up high single digits compared with a year earlier.

Gap said it plans to open 30 to 40 Old Navy stores along with 20 to 30 Athleta stores this year and it will close about 100 Gap and Banana Republic stores globally.

: Here are some of the other stocks seeing GameStop-like short squeezes

Why Aurora Cannabis Fell 13.2% in October