(Bloomberg) -- German rocket-launch startup Isar Aerospace wants to provide a “small and fast taxi” to space for nimbler trips than those currently offered by the likes of Elon Musk’s SpaceX, Chief Executive Officer Daniel Metzler said at the Bloomberg New Economy Catalyst virtual event.Lawmakers and industry executives from around the world are debating climate change and its impact on food supply, energy and the economy at the conference.The event features discussions on cryptocurrencies, revo Read More... 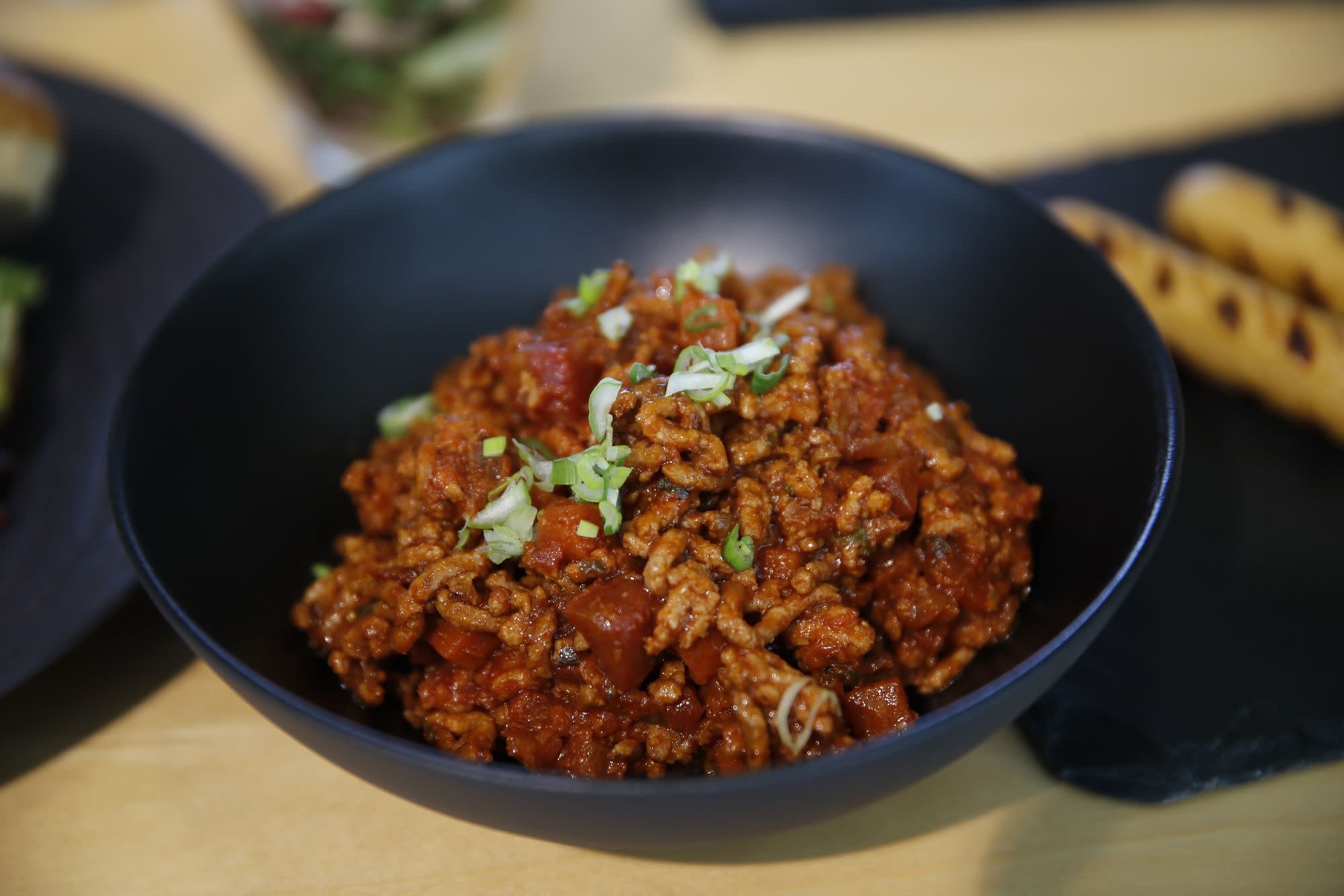 Lawmakers and industry executives from around the world are debating climate change and its impact on food supply, energy and the economy at the conference.

The event features discussions on cryptocurrencies, revolutions in life sciences and Covid-19’s impact on e-commerce. Bloomberg New Economy Catalyst is being organized by Bloomberg Media Group, a division of Bloomberg LP, the parent company of Bloomberg News.

In the next decade, billionaires like Elon Musk and Jeff Bezos plan to send thousands of satellites with their own launch companies to beam broadband across the planet. But a phalanx of other entrepreneurs from the burgeoning space startup scene also need rockets to launch, modify and maintain systems of many mini spacecraft.

Munich-based Isar Aerospace wants to provide the “small and fast taxi,” using nimbler trips for these space-faring ventures to circumvent the expense and delay of waiting for ride alongside bigger players on the existing rocket routes, CEO Daniel Metzler said. It’s raised about $100 million with backing from the likes of Lakestar and Earlybird Venture Capital.

Billionaires like Jeff Bezos and Elon Musk lead the discourse on space endeavors “because they have money, not because they really represent the core dialogue or the core forces that are shaping our activities in space,” said Danielle Wood, director of the Space Enabled Research Group at MIT Media Lab.

A central goal of space policy should be to “expand the voices” that shape the agenda in terms of economic activity in space and advancing human use of space sustainably, to avoid waste and creating pollution in orbit as on Earth, Wood said.

The United Arab Emirates’ investment in the space industry has created a “ripple effect in society,” said Sarah Al Amiri, the UAE minister of state for advanced technology.

The start of the mission was about diversifying the economy through developing the skills for space and “across different sectors that require complex technological systems.” Now, the space agency is focusing on ensuring mechanisms are in place to support a “very risky business,” and turning data from scientific missions “into impactful outcomes for the economy.”

As cities look to repopulate their streets in the aftermath of the pandemic, urban leaders around the world are embracing a model of city planning that enables residents to have their work, health, educational, and recreational needs met within a radius accessible by foot or bike, said Kieran Long, a director at ArkDes, Sweden’s national center for architecture and design.

In Sweden, that radius can be as small as one minute, he said. ArkDes is running a project that allows community members to design the layout of their own streets.

“The one-minute city idea, of course, uses a buzzy-sounding phrase to talk about the even more local than the hyper-local scale, the street exactly outside your front door or outside the door of a café or a business, and how that can be transformed to make additional amenity space, to make public spaces that didn’t exist before,” said Long.

The first two decades of e-commerce progressed in the Western hemisphere with the likes of Amazon.com Inc., Shopify Inc. and Walmart Inc. dominating, but the next phase of innovation will come from the rest of the world, said Vidit Aatrey, co-founder and chief executive officer of Indian social commerce startup Meesho.

As smartphones become more widespread and the coronavirus pandemic accelerates e-commerce demand, different business models are emerging, Aatrey said. “You see so many companies innovating with very local insights into what small businesses want, in India, Southeast Asia, Latin America,” he said. “There’s no standard experience. Amazon can work for brands globally, but for long tail of small businesses, we have to figure out the nuances.”

The fast fashion industry, often criticized for labor malpractices and pollution, is improving as the pandemic has prompted factories to increasingly work through digital supply channels like Zilingo, said Ankiti Bose, co-founder and CEO of the Singapore-based company.

There are about 5,000 factories in Southeast Asia that are engaged in supplying for the fast fashion industry broadly, of which about 10% are adopting digital methods and open to validating their entire processes, Bose said. “Southeast Asia is moving in the right direction,” she said.

Moderna Inc. co-founder and Chairman Noubar Afeyan said that after the Covid-19 pandemic, the U.S. and other countries need to take more of a security mindset toward health issues.

Countries should more actively seek to prevent diseases such as infections, cancer and heart ailments before they get out of control, Afeyan said.

Governments “need to alter the social contract” in order to offer “forms of security of health, not just dealing with the after-effects of losing it,” said Afeyan, who’s also founder of venture-capital firm Flagship Pioneering, one of the early investors and largest shareholders in Moderna.

Rural Ugandan communities are being offered earlier cancer detection through the use of drones and mobile technology that transport patient samples to hospitals for testing.

A breast cancer survivor, Shamim Nabuuma Kaliisa founded Chil Artificial Intelligence Lab as a way to give medical access to communities in the country of her birth.

“This opened my eyes,” Kaliisa said, noting that she realized many people in remote areas don’t survive cancer because they can’t easily get to hospitals for check-ups and because they don’t have information about the disease.

Using automated chat services, Kaliisa’s company has also been able to also provide initial screening to people with Covid-19, prompting them to travel to hospitals when needed.

The DNA of Africa’s diverse populations is being collected and studied more closely, helping improve global efforts to understand the courses of diseases and their potential cures.

This is happening after 54gene Founder and CEO Abasi Ene-Obong decided to reduce inequality in precision medicine by building a genomic database across Africa.

Ene-Obong started 54gene after reviewing a 2018 study that showed African populations comprised just 2% of global studies used to find associations linking genes to diseases, even as these populations accounted for about 7% of the associations.

“It kind of talks about the discovery power within African genomics,” he said.

Results last week from a study that used Crispr within the human body to lower levels of a harmful liver protein are a reminder of the technology’s immense power, said Rachel Haurwitz, a co-founder of Intellia Therapeutics Inc., one of the companies that led the research.

Widely used as a tool to cut and paste genes, Crispr is like the Microsoft Word program for DNA, said Haurwitz, who’s also co-founder and CEO of Caribou Biosciences Inc. Gene editing offers a way not only of attacking human diseases, but designing hardier livestock and crops that will resist climate change, for example, she said.

The world was somewhat prepared for a pandemic before Covid-19 struck, but it anticipated the wrong kind, said Aurelia Nguyen, managing director of the Covax facility for the nonprofit Gavi, the Vaccine Alliance.

“A lot of the focus had been on influenza,” Nguyen said. “We had the machinery in place thanks to seasonal flu vaccines, but we were not prepared for a coronavirus.”

Now that Covid vaccines have been developed, the next step is to get them to countries worldwide — the mission of Covax — and ensure that vaccines are available to poorer nations when the next pandemic inevitably hits, she said.

As Venezuelans ride one of the world’s longest episodes of hyperinflation, they’re constantly seeking ways to preserve the value of their money. So-called stablecoins are one way to address the problem, said Simon Chamorro, CEO of financial app Valiu.

His system allows users to trade bolivars into dollar-pegged digital instruments called stablecoins, which can be quickly exchanged for dollars in a digital wallet. It also facilitates remittances, allowing users to send money from Colombia to their relatives in Venezuela.

“This is effectively how we help them protect their money from inflation,” said Chamorro, who’s primary goal is to help people purchase goods in Venezuela’s stores using stablecoins.

So far, his app has 30,000 active monthly users and handles $30 million a year in remittances, and he’s raised $5.2 million, mostly from U.S. investors.

MarketWatch First Take: Rush to beat China tariffs drives PC shipments higher, but that may bode ill for rest of 2019