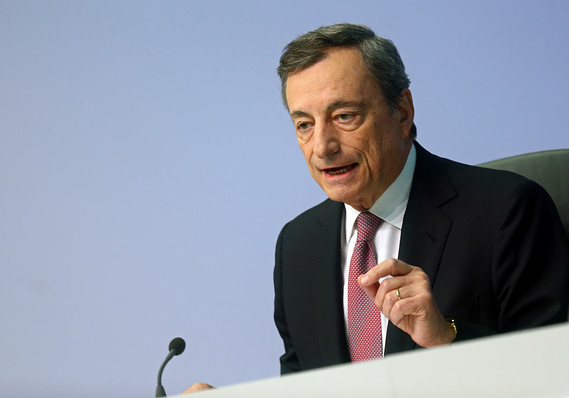 Not everyone’s a fan of the European Central Bank’s package of easing measures delivered Thursday.

There was a German opposition elsewhere too. Reuters reported that the ECB decision to restart bond purchases was opposed by the president of the Bundesbank, Jens Weidmann, though it’s unlikely he expressed his distaste with a photo montage.

It’s fair to point out that Draghi isn’t a fan of German policies, either. He subtly took aim at the country for running a budget surplus at a time its own economy appears to be headed into a recession.

“In view of the weakening economic outlook and the continued prominence of downside risks, governments with fiscal space should act in an effective and timely manner,” Draghi said. He said there was “unanimous” agreement at the ECB of the need for fiscal policy to become the main instrument to drive the eurozone economy forward, which has inflation a full percentage point below its target.

Paradoxically, Germans have saved more as the interest rate has declined, with the savings rate reaching 11% last year, up from the low 9% level in 2013.

Microsoft and The Walt Disney Studios to develop ‘scene-to-screen’ content workflows
The New York Post: Texas representative tweets Beto O’Rourke that his ‘AR is ready for you’
Comment

Earnings reporting season just kicked off. Here’s what to expect