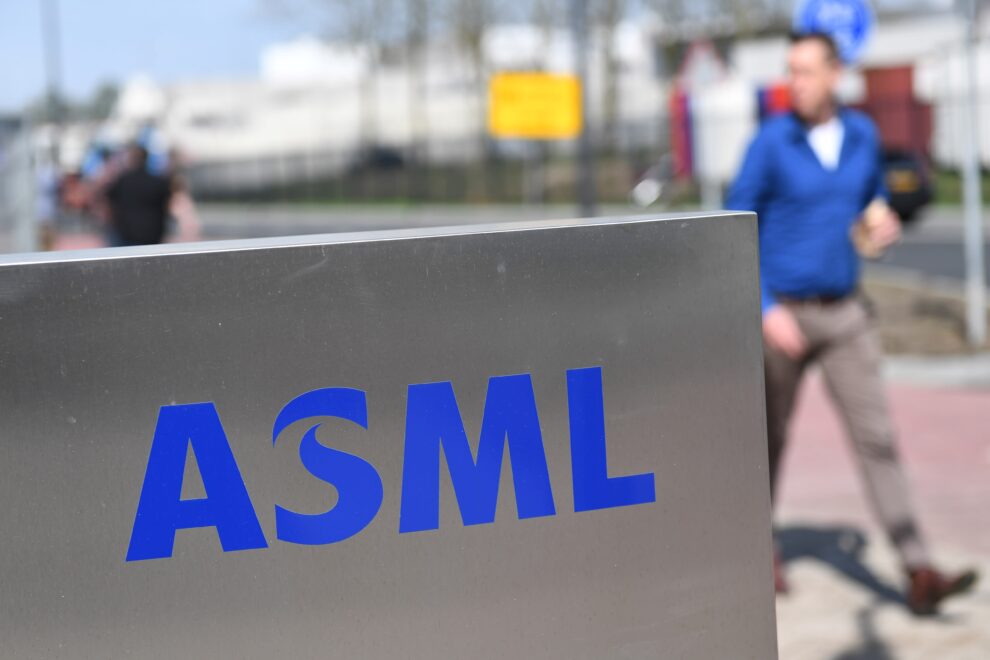 Dutch firm ASML makes one of the most important pieces of machinery required to manufacture the most advanced chips in the world. U.S. chip curbs have left companies, including ASML, scrambling to figure out what the rules mean in practice.

Shares of ASML, one of the world’s most important firms in the semiconductor supply chain, jumped 6% on Wednesday after reporting strong earnings that bucked the trend of a slowdown in the chip industry.

The Dutch company also said that the latest export curbs on high-end chips to China would have a “limited” impact on its business.

ASML does not make chips. Instead, it sells $200 million extreme ultraviolet lithography machines to semiconductor manufacturers like Taiwan’s TSMC, which are required to make the most advanced chips. It is the only company in the world making such machines, giving it a de-facto monopoly on this part of the supply chain and making it one of the most important firms in the semiconductor industry.

ASML said Wednesday revenue for the third quarter of 2022 came in at 5.77 billon euros ($5.6 billion), beating analysts forecast of 5.41 billion euros, according to Reuters. That was a 10% year-on-year rise.

Net profit totaled 1.7 billion euros versus forecasts of 1.42 billion euros, a 2.2% decrease versus the same period last year, but higher when compared to the second quarter of this year.

Shares of chip firms have been battered in 2022 amid a slowdown in growth among companies like Samsung and Micron as the semiconductor boom hits a wall. ASML shares are down around 40% so far this year.

But the strong results from ASML bucked the broader market slowdown, sending shares more than 6% higher in European morning trade.

“This is a classic case of ASML’s relative resilience versus the rest of its peers coming to the fore,” Amit Harchandani, head of European technology equity research at Citi, told CNBC’s “Squawk Box Europe” on Wednesday.

“This strength overall that ASML sees … we would say is more a reflection of the relative positioning of the company as opposed to the broader semiconductor cycle … The broader cycle definitely seems to be going through a downward phase now.”

Peter Wennink, CEO of ASML said Wednesday there is “uncertainty in the market due to a number of global macro-economic concerns including inflation, consumer confidence and the risk of a recession.”

“While we are starting to see diverging demand dynamics per market segment, the overall demand for our systems continues to be strong.”

The U.S. has recently introduced sweeping rules aimed at cutting China off from obtaining or manufacturing advanced chips which could be used in applications such as supercomputers.

As part of those rules, Washington restricted “U.S. persons” that support the development or production of certain chips in China, including those for military uses, doing so without a license.

ASML’s Wennink said the company is “continuing to assess and follow the new US export control regulations.”

“Based on our initial assessment, the new restrictions do not amend the rules governing lithography equipment shipped by ASML out of the Netherlands and we expect the direct impact on ASML’s overall 2023 shipment plan to be limited.”

ASML’s machines are critical for firms wanting to make the most advanced chips. If Chinese chipmakers can’t get their hands on the tool, it will be incredibly difficult for them to catch up to the likes of TSMC.