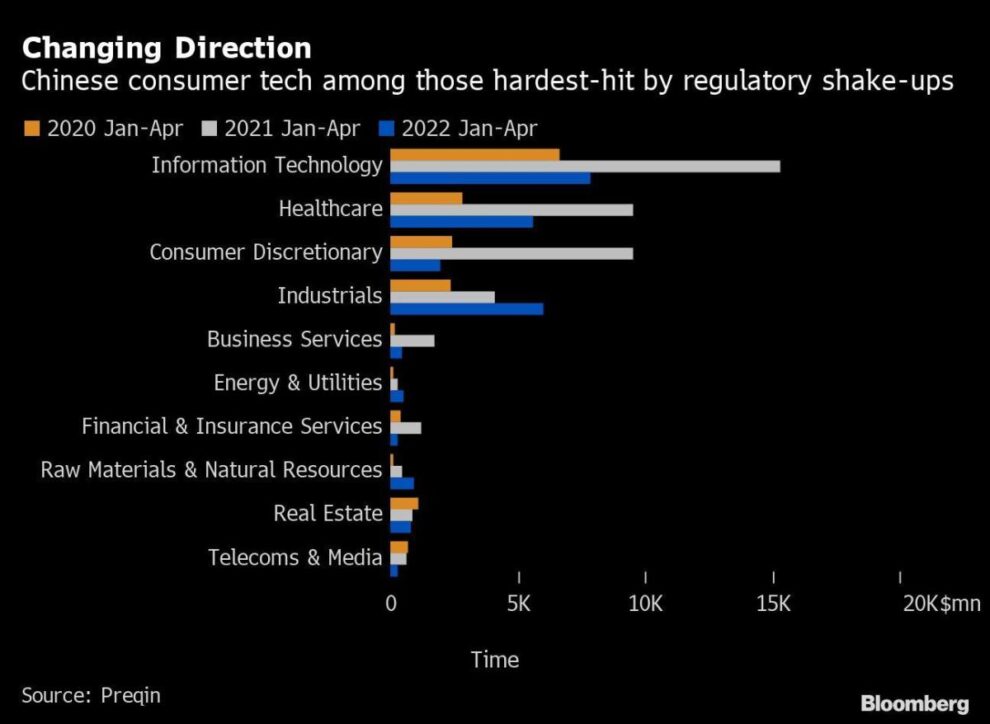 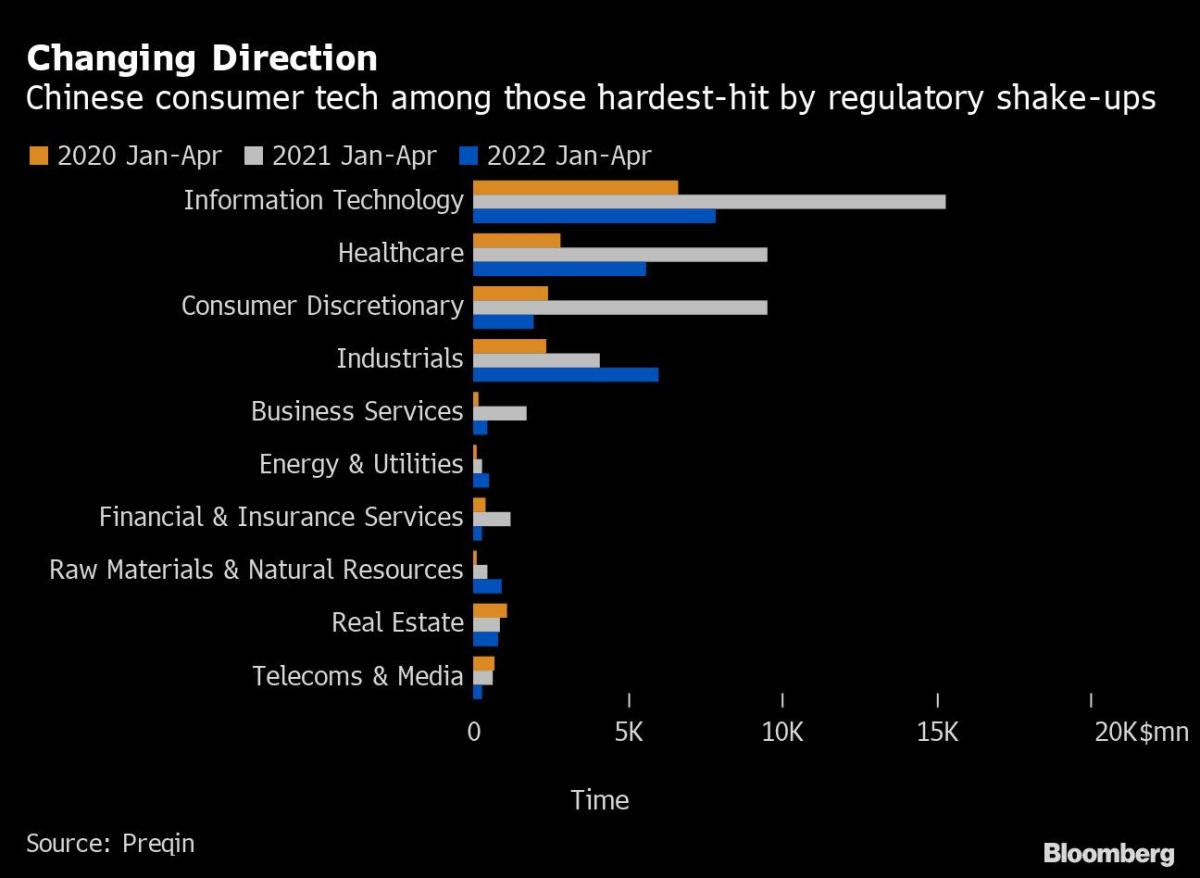 (Bloomberg) — Six-year-old biotech startup MegaRobo Technologies has raised about $300 million from investors including an arm of Goldman Sachs Group Inc., securing one of the year’s largest Chinese venture capital investments despite a global tech sector rout.

The investment highlights how cutting-edge firms can still attract capital, after a global selloff in names from Amazon.com Inc. to Tesla Inc. and Beijing’s crackdown on its own internet sector spooked startup financiers. China — once envisioned as challenging Silicon Valley’s place in the technology sphere — is now leading a global decline in venture capital investments and investors don’t foresee a quick recovery.

Still, money is flowing into sectors favored by the government, including robotics, renewable energy and electric vehicles. Under President Xi Jinping, the Chinese authorities have made a priority of increasing the competitiveness of key industries, including semiconductors and AI.

Beijing-based MegaRobo, founded in 2016 by first-time entrepreneur Daniel Huang and two former colleagues, plans to use the fresh funding to advance technology and expand production. MegaRobo is now also stepping up efforts to tap international markets, the 36-year-old chief executive officer told Bloomberg News. Roughly 10% of its revenue comes from overseas sales, but the company aims to increase that to 50% by 2027, Huang said in an interview.

MegaRobo didn’t disclose its valuation but has joined the “unicorn club” of startups valued at more than $1 billion, according to Huang. It’s one of just about a dozen Chinese health-care unicorns, according to CB Insights, in a country where consumer-oriented giants such as ByteDance Ltd. have commanded most of the investment and attention.

Founded in 2016, the firm employs nearly 1,000 people — of which three-fifths are researchers — in offices and labs from China to the US and the UK, it said in the statement. It’s raised about 1 billion yuan ($150 million) in seven rounds of private financing prior to the latest deal, from backers including the venture arm of German conglomerate Robert Bosch GmbH.

AI and robotics have emerged as a key area of competition between the US and China, which are racing to develop technologies of the future. Firms like MegaRobo are expected to benefit from government support as Beijing seeks to move beyond low-end manufacturing and up the technology ladder by dominating key fields like automation and machine learning.