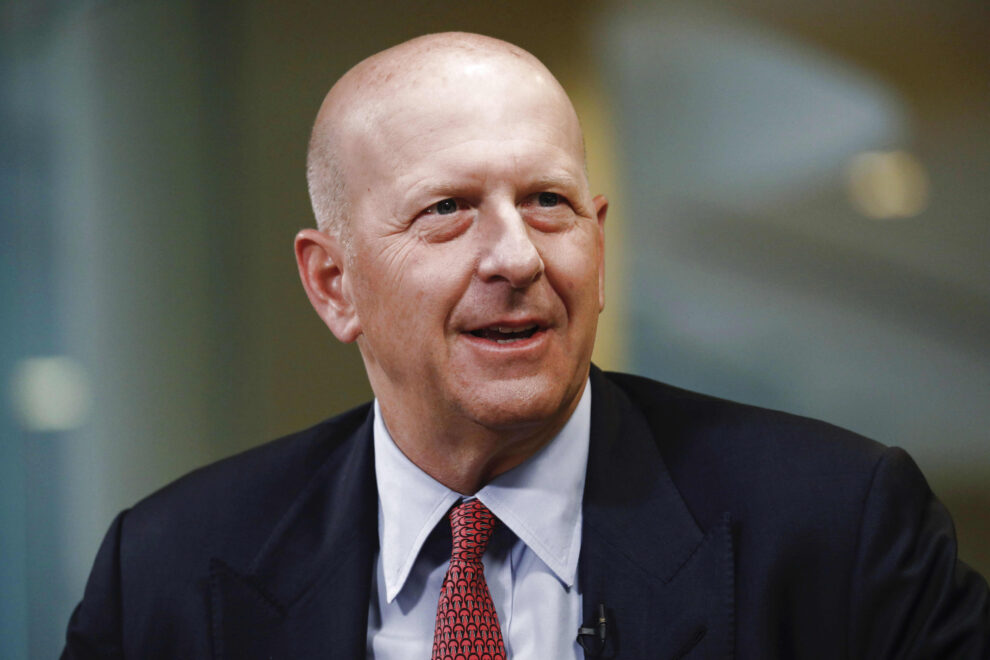 Goldman's traders tends to outperform other banks during periods of high volatility, which could help the firm in the third quarter. Read more...

Goldman Sachs is scheduled to report third-quarter earnings before the opening bell Tuesday.

Goldman’s traders tends to outperform other banks during periods of high volatility, which could help the firm. But falling markets could also result in markdowns in other divisions, which could offset some of that strength.

Another question is how long the bank’s consumer business will continue to lose money, a sore subject among investors because of its drag on the company while the stock has been depressed.

CEO David Solomon is set to announce a corporate reorganization that combines the bank’s four main divisions into three, according to people with knowledge of the plan. The move splits Goldman’s consumer operations and puts the parts into two new divisions, the people said.

Goldman shares trade for the lowest price to tangible book value ratio among the six biggest U.S. banks except for Citigroup, a situation that Solomon surely wants to address.

The bank’s shares have fallen almost 20% this year through Monday, compared with the 26% decline of the KBW Bank Index.