Early indications show the country is bouncing back faster than expected due to its COVID-19 vaccine rollout. Read More... 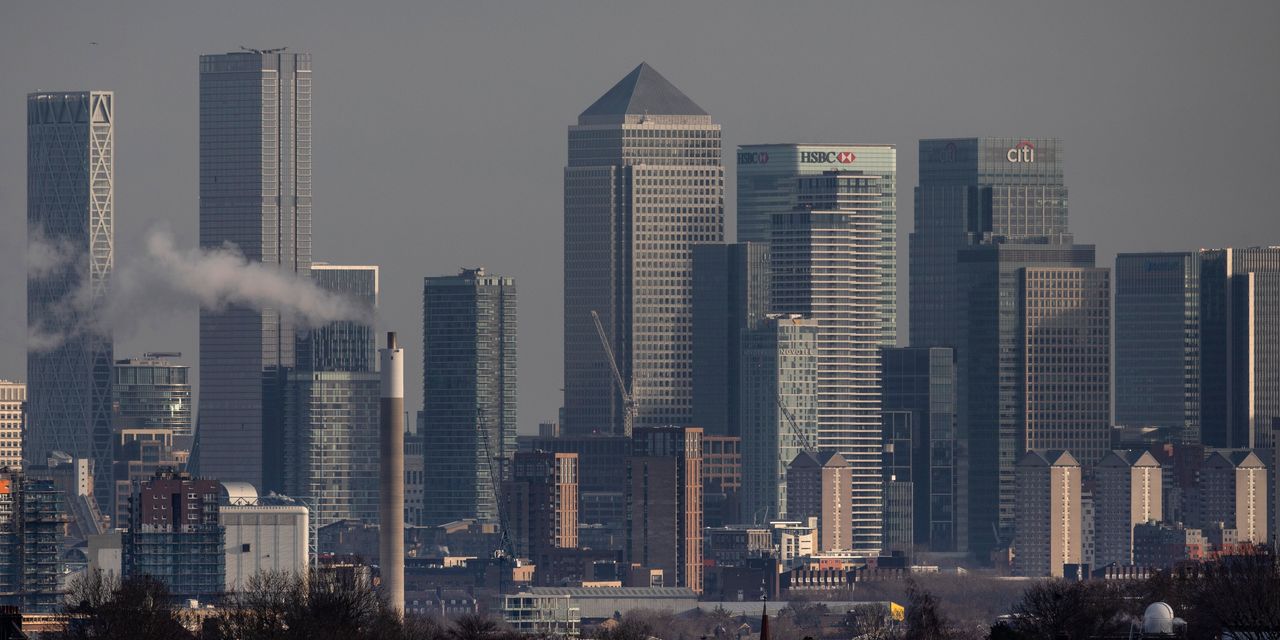 The fast rollout of COVID-19 vaccine in the U.K. means its economy is set to grow faster than the U.S., its trans-Atlantic ally, according to a Goldman Sachs economist.

Early indicators show the country is bouncing back faster than expected, said Goldman economist Sven Jari Stehn, as half the population has now had its first COVID-19 shot and restrictions on nonessential shops and drinking in outside beer gardens have been relaxed.

“The U.K. economy is rebounding sharply from the COVID crisis,” said Stehn, in a note entitled “European Views.” “Given recent upward revisions to real gross domestic product, our 2021 forecast is now at a striking 7.8% for 2021, above our expectations for the U.S. [Goldman forecasts it to grow 7.2%] and sharply above the Bloomberg consensus of 5.5%.”

Read: Biden to visit U.K. and Belgium in June for first overseas travel

The turnaround is all the more surprising because the U.K. was the worst-performing economy of the G-7 last year, with an economy that shrank by 9.8%.

But its success in vaccinating its citizens and a general adherence to tough lockdown rules means the spread of coronavirus has reduced. Since the peak of the second wave, deaths involving COVID-19 in England and Wales have fallen by 97%, according to data from the Office for National Statistics. The amount of people hospitalized linked to the virus has also fallen to 4% of a January peak.

The population has been out spending in shops and restaurants and is on course to return to some form of normality by July.

In April, the flash purchasing managers index (PMI), the economic indicator that measures future manufacturing trends, was much stronger than expected in the U.K., with the services PMI moving strongly further into expansionary territory.

Stehn wrote: “Combined with other recent growth metrics — including a 5.4% jump in March retail sales — our Current Activity Indicator (CAI) is now running at an annualized pace of 7.1% in April. Moreover, COVID case growth has remained low and the vaccine rollout has surged ahead, with half of the population vaccinated.

“We therefore see the government’s reopening plans as on track…As a result, we expect very strong growth in the April and May data, and remain comfortable with our 5.5% (not annualized) growth forecast for Q2.”

If the Goldman prediction comes true, the U.K. economy will grow its fastest since World War II. Bank of England economist Andy Haldane has predicted it will return back to life like a “coiled spring.” While the U.K government has invested in significant stimulus to keep businesses afloat, this has been dwarfed by the $1.9 trillion stimulus seen in the U.S., even after allowing for the differences in size.

Here is Why Growth Investors Should Buy Microsoft (MSFT) Now

Why didn't this Fortune 500 company move its HQ to Nashville? The CEO has a list

US STOCKS-Wall St gains ahead of Amazon, Alphabet results; stimulus hopes a boost