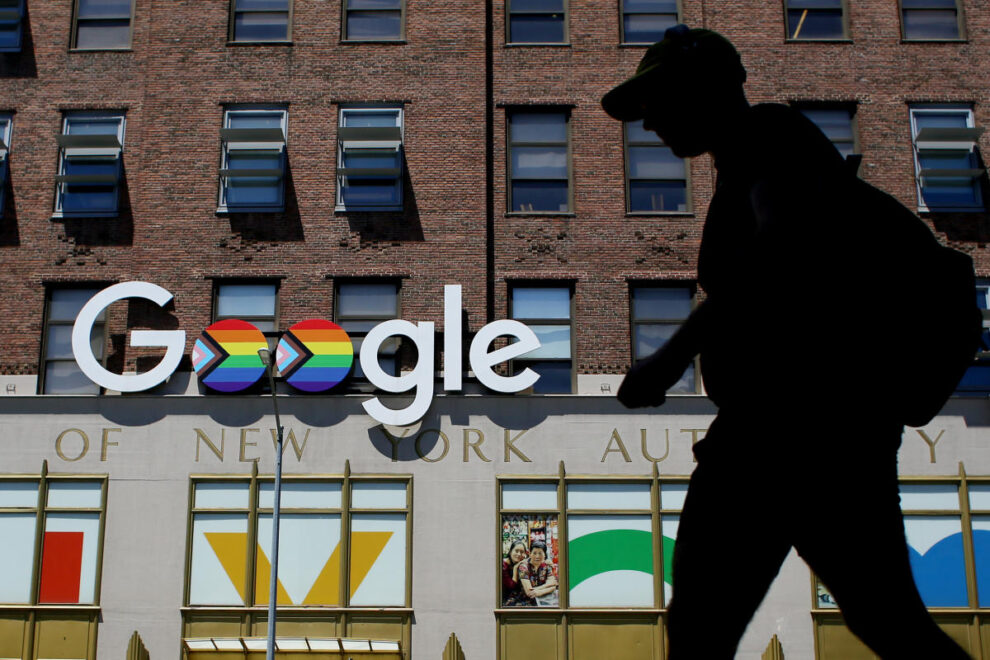 Tech companies continue to hit the breaks on hiring against the backdrop of a declining stock market and recession fears. Read More... 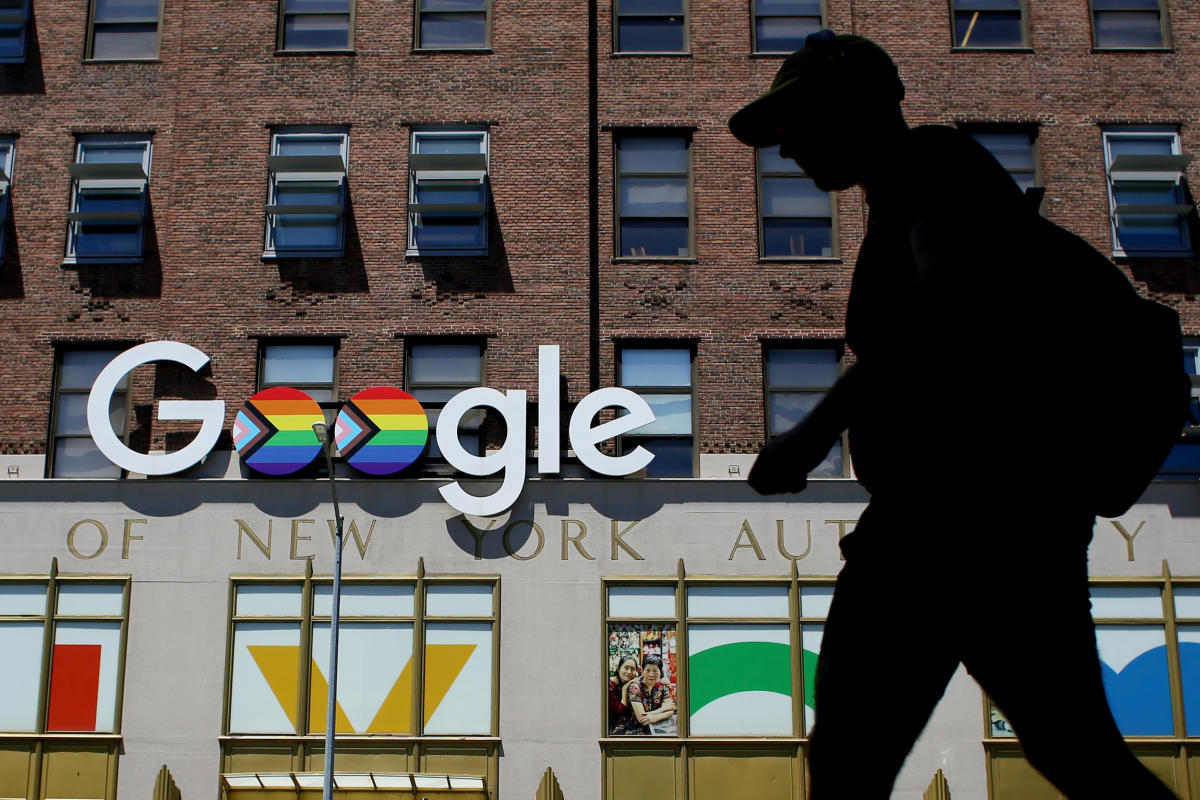 Alphabet’s Google (GOOGL) (GOOG) is the latest tech company to hit the brakes on hiring amid tightening Fed monetary policy and recession concerns.

The tech giant will slow hiring this quarter, according to an email to staff from CEO Sundar Pachai, viewed by news outlets. Google will prioritize engineers and other roles it deems critical.

The move is similar to Meta’s (META) recent plan to scale back on new hires. On June 30th, the social media giant’s CEO Mark Zuckerberg warned of an economic downturn.

“If I had to bet, I’d say that this might be one of the worst downturns that we’ve seen in recent history,” Zuckerberg told employees during a weekly Q&A session which was recorded and heard by Reuters.

JPMorgan’s CEO Jamie Dimon also warned of an economic “hurricane” ahead as the Federal Reserve continues its process of normalizing interest rates.

Hiring pauses, rescinded offers, and layoffs accelerated last quarter as stocks in every sector of the S&P 500 declined. Communications Services and Technology were among the worst performing sectors, behind Consumer Discretionary. The S&P 500 closed out its biggest loss for the first half of the year since 1970.

Yahoo Finance is tracking how tech companies are responding to a bear stock market and a slowing economy.

The tech giant will slow hiring for the rest of the year, according to an email sent to staff from CEO Sundar Pachai, viewed by Bloomberg. “The uncertain global economic outlook has been top of mind. Like all companies, we’re not immune to economic headwinds,” Pichai wrote. He went on to say, “We’ll be slowing the pace of hiring for the rest of the year, while still supporting our most important opportunities.” The company plans to focus hiring on “engineering, technical and other critical roles,” in 2022 and next year. Alphabet employs more than 150,000 people.

Facebook’s parent company plans to slash hiring plans for engineers by at least 30%, according to Reuters.

In late June, CEO Mark Zuckerberg told employees the company aims to hire between 6,000-7,000 engineers in 2022, down from an initial target closer to 10,000. Meta had confirmed it would limit its intake of new employees in May, but exact figures had not been reported. The social media giant had 77,805 employees worldwide as of March 31, 2022.

The world’s largest online streaming service has been on a spending spree, plowing cash into its podcast division in an effort to dive deeper into the higher margin business. But the company isn’t immune to the current economic backdrop.

According to Bloomberg, Spotify will cut its hiring plans back by 25%, meaning the company will not stop hiring new employees, but will bring on fewer workers than originally expected in the year ahead.

Online real estate platform Redfin announced it is laying off approximately 8% of its workforce, with CEO Glenn Kelman citing the continuing slowdown in the housing market and a sharp rise in mortgage rates.

According to Kelman, while the company raised hundreds of millions to prevent layoffs, the decline in housing sales made the move necessary. “We’re losing many good people today, but in order for the rest to want to stay, we have to increase Redfin’s value,” Kelman said in a press release.

“And to increase our value, we have to make money. We owe it to everyone who has invested your time or treasure in this company to become profitable, and then very profitable.

Like Redfin, Compass is also laying off employees as the real estate market cools following the pandemic-driven rise in home sales and subsequent slowdown. The company is eliminating 10% of its workforce, or some 450 positions, in the restructuring.

In an SEC filing, the company laid out its plans to reduce U.S. hiring and hold off on backfilling positions lost through attrition, as well as pause any mergers and acquisitions through the rest of 2022.

Shares of Compass have lost half their value in 2022.

The crypto exchange platform said it is laying off about 18% of its workforce citing an economic downturn. “We appear to be entering a recession,” wrote CEO Brian Armstrong in a message to employees. “A recession could lead to another crypto winter, and could last for an extended period.”

Armstrong also said the company grew too quickly during a bull market.

The June 14th announcement came after crypto prices tanked in recent days. Previously Coinbase had announced it would extend a hiring freeze for the foreseeable future. The company has more than 4,900 employees.

Stitch Fix is cutting 15% of its salaried positions, according to Reuters. On June 9, the online styling service told employees it is slashing about 330 positions in non-technology corporate and styling leadership roles. The decision “was one we needed to make to position ourselves for profitable growth … There will be tough choices along the way, and this is one of those,” CEO Elizabeth Spaulding wrote in a message to employees. Stitch Fix has about 11,260 workers.

Intel has frozen hiring for its PC and laptop chip unit. The cost-cutting measure was announced in a June memo reviewed by Reuters. The company is “pausing all hiring and placing all job requisitions on hold” within its client computing group, said the memo. Intel has 122,900 full-time workers.

The vehicle sharing platform is cutting 23% of its staff, according to Layoffs.fyi. In an email to TechCrunch on June 7th, the startup confirmed the layoffs, noting “macro economic trends” have accelerated its plans to profitability. “This path required us to reduce our cost structure in a way that allows us to responsibly and sustainably expand our service beyond the more than 400 cities we operate in today,” read the statement. Bird has 572 full-time employees.

In addition to Musk’s email to execs, the electric vehicle giant’s CEO also sent a message to employees on Friday, June 3rd, informing them of plans to cut 10% of the workforce. “Note, this does not apply to anyone actually building cars, battery packs or installing solar,” Musk wrote in the note. In late June, Tesla cut about 200 autopilot jobs after cuttting a Tesla has almost 100,000 employees worldwide.

Chip maker Nvidia is similarly pumping the brakes on hiring at the moment, with CFO Colette Kress writing in her own commentary following the company’s Q1 earnings report that the graphics card giant will slow hiring in the second half of of its fiscal 2023 to integrate the employees it has already hired. Nvidia was stung by both China’s COVID lockdowns and stopping sales in Russia, missing analysts’ estimates for its Q2 and saying it will take a $500 million hit due to the twin crises. The company has 22,473 employees across 57 locations worldwide.

In May, Microsoft told Bloomberg that it was slowing hiring for its Office, Windows, and Teams groups to better prepare itself for the coming fiscal year and contend with the current economic environment. The Redmond-based tech giant reported strong Q3 earnings, with a 26% year-over-year increase in cloud revenue, but in early June, the company revised its Q4 revenue and earnings guidance downward, citing the impact of foreign exchange fluctuations. The tech giant has 181,000 employees.

Last month, Netflix confirmed it would cut about 150 positions of the streaming giant’s 11,000 workforce in an effort to reduce costs amid slowing revenue growth. “These changes are primarily driven by business needs rather than individual performance, which makes them especially tough as none of us want to say goodbye to such great colleagues,” a Netflix spokesperson said in a statement. Netflix has roughly 11,300 employees.

The ride hailing company announced it would slow down hiring and reduce costs, though it promised there would be no layoffs. “It’s clear from our discussions with other business leaders that every company is taking a hard look at how they respond to concerns about an economic slowdown and the dramatic change in investor sentiment,” Lyft president John Zimmer wrote in an internal message reviewed by The Wall Street Journal. Lyft currently has about 4,791 employees.

Snap recently warned it will not meet its revenue goals and aims to reduce costs. The parent company of Snapchat sad it would slow hiring. “Moving forward, we will be taking steps to reprioritize our investments — continuing to invest across our business priorities, but in many cases doing so at a slower pace than we had planned given the operating environment,” CEO Evan Spiegel wrote in an internal memo to employees in May. The social media co has 5,661 employees.

Also in May, e-commerce giant Wayfair announced a 90-day hiring freeze citing macro uncertainty. In a statement to Yahoo Finance, the e-commerce platform said, “We’re pleased that typical seasonal sales trends are taking hold, but we see a great deal of uncertainty in the overall economy and believe it’s prudent to make some adjustments that will allow us to control our own destiny.” The company employs 16,681 people.

In early May, Uber’s CEO Dara Khosrowshahi said the ride sharing company would scale back hiring and cut costs. “The least efficient marketing and incentive spend will be pulled back. We will treat hiring as a privilege and be deliberate about when and where we add headcount,” Khosrowshahi said in an email viewed by Reuters. The company employs 29,300 workers.

Online used car retailer Carvana recently laid off 12% of its workforce, or 2,500 employees. The startup laid off many of its employees over a Zoom call. “Recent macroeconomic factors have pushed automotive retail into recession,” the company stated. “While Carvana is still growing, our growth is slower than what we originally prepared for in 2022, and we made the difficult decision to reduce the size of certain operations teams to better align with the current needs of the business.” The company employs 21,000 workers.

In May, Twitter froze hiring and said it would retrieve some job offers ahead of a buyout offer from Musk. The social media company also scaled back on costs such as travel, consulting, and marketing, according to the memo. Twitter employs roughly 7,500 employees.

While Apple isn’t making changes on the corporate level, Bloomberg reports that the company is slowing hiring of employees at its retail locations. Specifically, the iPhone maker is holding off on filling positions for some of its tech support Genius roles at retail stores. Recently, Bloomberg reported that Apple will keep the number of iPhone orders flat year-over-year. The tech giant employs 154,000 people around the world.

In April, the popular investing app Robinhood announced it will cut about 9% of its full time work force following a massive hiring spree. “As you know, throughout 2020 and H1 2021, we went through a period of hyper growth accelerated by several factors including pandemic lockdowns, low interest rates, and fiscal stimulus,” CEO Vlad Tenev told employees in a blog post. The brokerage platform employs 3,800 full-time workers.

The food delivery platform warned staff of a slowdown in headcount back in April. Doordash ballooned to 8,600 employees last year, an increase of more than 50%. The company reportedly plans to scale back its count this year to anywhere between 10%-15%. DoorDash employs 8,600 workers.

In February, Peloton said it would cut 2,800 jobs amid a strategy overhaul. The connected fitness equipment maker announced the departure of CEO John Foley after a challenging quarter and slowing demand. The company has 8,662 full-time employees.