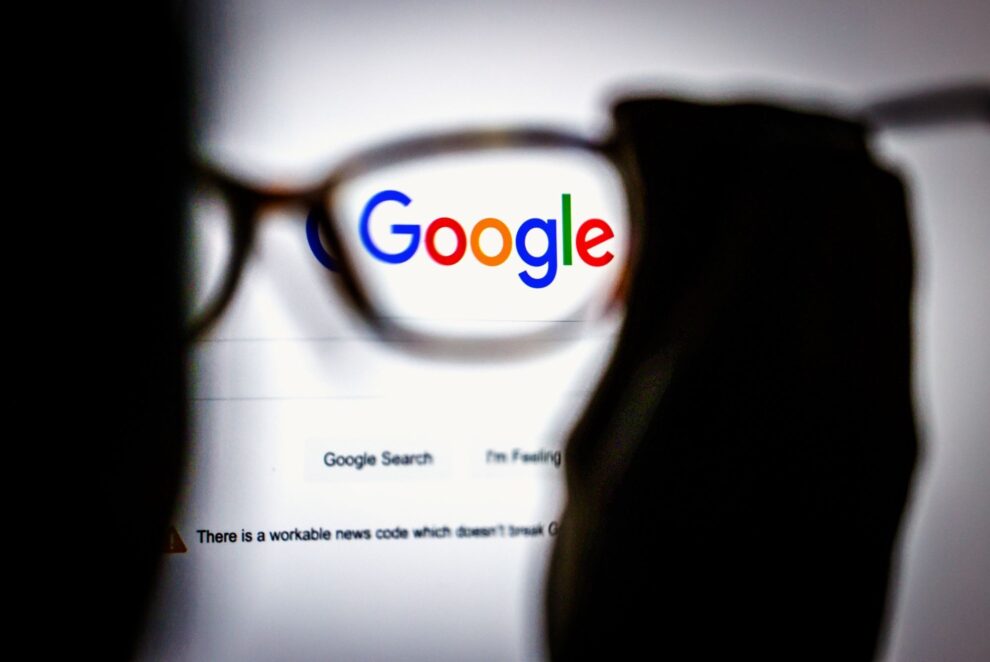 (Bloomberg) -- Google failed to kill a lawsuit alleging that it secretly scoops up troves of internet data even if users browse in “Incognito” mode to keep their search activity private.The consumers who filed the case as a class action alleged that even when even they turn off data collection in Chrome, other Google tools used by websites end up amassing their personal information. A federal judge on Friday denied the Alphabet Inc. unit’s initial request to throw out the case.“The court concludes that Google did not notify users that Google engages in the alleged data collection while the user is in private browsing mode,” U.S. District Judge Lucy Koh in San Jose, California, wrote in her ruling.The ruling comes as Google and Apple Inc. face intense scrutiny by lawmakers over their data gathering practices. Google has said it will next year eliminate third-party cookies that help advertisers keep tabs on consumers’ web activity and won’t employ alternative methods to track individuals.Read more: Google Sued for Secretly Amassing Vast Trove of User DataThree Google users filed a complaint in June claiming the company carries on a “pervasive data tracking business.” Google collects browsing history and other web activity data even after users employ safeguards to protect their data such as using “Incognito” private browsing mode, according to the complaint.“Google knows who your friends are, what your hobbies are, what you like to eat, what movies you watch, where and when you like to shop, what your favorite vacation destinations are, what your favorite color is, and even the most intimate and potentially embarrassing things you browse on the internet -- regardless of whether you follow Google’s advice to keep your activities ‘private,’” according to the complaint.Google argued the plaintiffs consented to its privacy policy, which the company said explicitly discloses its data collection practices.“Google also makes clear that ‘Incognito’ does not mean ‘invisible,’ and that the user’s activity during that session may be visible to websites they visit, and any third-party analytics or ads services the visited websites use,” Google said in a court filing.Google had no immediate comment on the ruling.The case is Brown v. Google LLC, 20-3664, U.S. District Court, Northern District of California (San Jose).(Updates with excerpt from ruling.)For more articles like this, please visit us at bloomberg.comSubscribe now to stay ahead with the most trusted business news source.©2021 Bloomberg L.P. Read More... 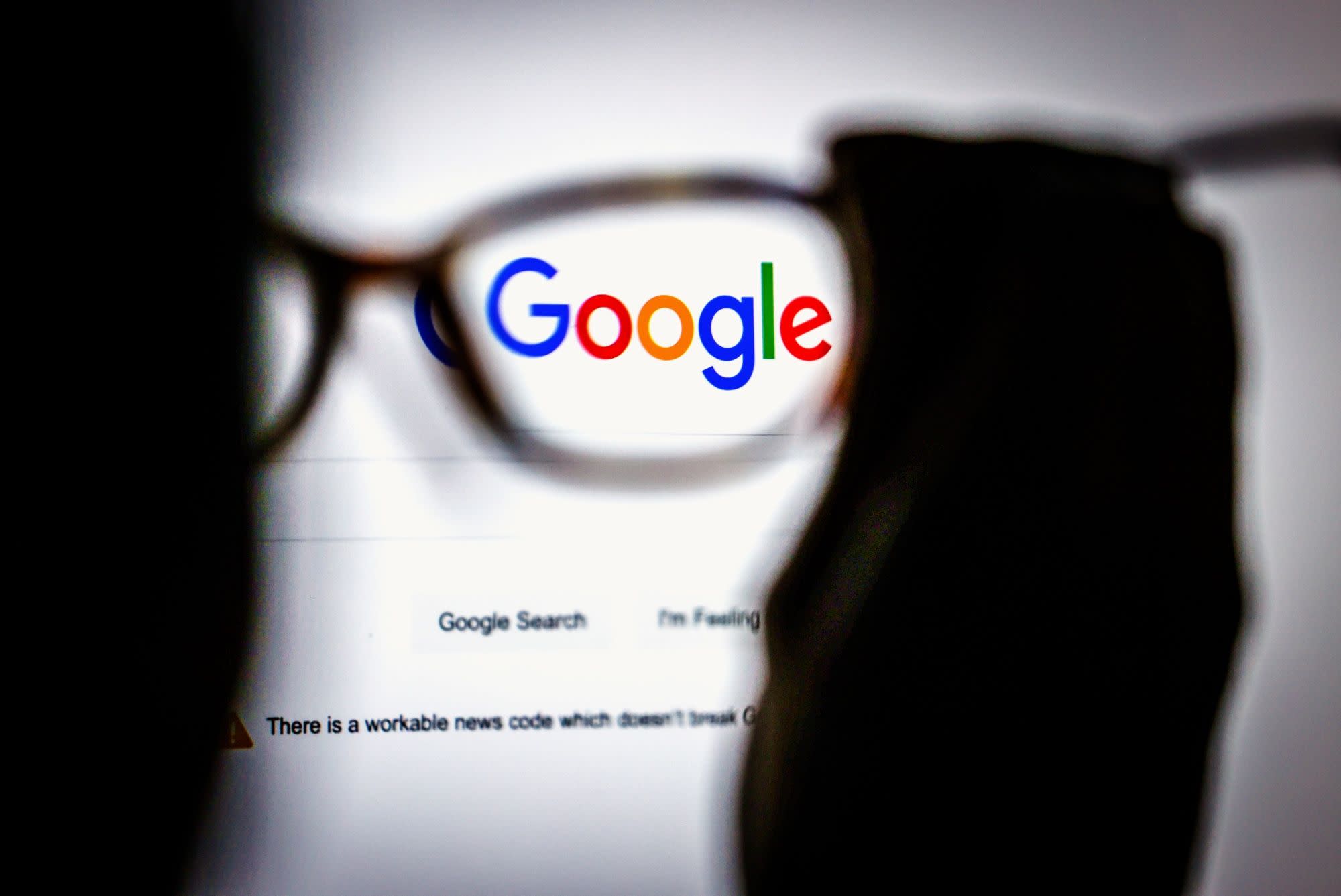 UPS Needs To Play Weekend Warrior To Catch Up To FedEx

At UPS Inc. (NYSE: UPS), a project aimed at cutting one day from transit times for all its U.S. ground parcel deliveries has been dubbed “Our Fastest Ground Ever.” It is indeed an ambitious endeavor to merge UPS’ network infrastructure and technology to shrink the time between pickup and delivery of 15 million or so daily shipments. The program, which kicked in solidly late last year, has made good progress. Today, 90% of UPS’ ground-parcel shipments move in one- to three-day transit times. More than half of the improvements under the initiative have come from shrinking two- to four-day transit times to one to three days. To speed deliveries, UPS has diverted millions of parcels from the railroads — it is a huge intermodal customer — to two-person, over-the-road sleeper teams. But there’s a hole in Big Brown’s delivery net: Its weekend operations lag behind those of arch-rival FedEx Corp. (NYSE: FDX), which possesses an internally controlled seven-day-a-week delivery network. Until UPS can raise its weekend game to match its rival, it may not gain the traction it needs in the time-in-transit battle that will likely determine supremacy in e-commerce delivery. Weekend operations are a crucial lubricant in keeping parcels flowing and customers happy. With buyers and sellers demanding shorter purchase-to-delivery times, sellers must fulfill an order as fast as possible, and carriers must deliver in all good haste. Transit times are measured in calendar days instead of weekdays, and weekend services must provide deliveries, pickup options and the advancement of shipments for delivery the following Monday or Tuesday. All of the above is the view of Josh Taylor, senior consultant at Shipware LLC, a parcel consultancy. Taylor is anything but an outsider looking in. Before joining Shipware in January, he spent more than 17 years at UPS, often in roles putting him at the center of the daily parcel scrum. Taylor worked on UPS’ weekend services project that was launched a couple of years ago. He wrote the text that appears on UPS’ website describing the operation. Taylor’s team and the Fastest Ground Ever group worked so closely together that the two effectively merged earlier this year, he said. In a separate position, Taylor developed UPS’ go-to-market platforms to support its revenue management strategy. Not surprisingly, Taylor refers to himself on his LinkedIn page as a “UPS Expert.” In a detailed analysis provided to FreightWaves on UPS’ positioning vis-a-vis FedEx, Taylor said both carriers are neck and neck in the battle over the speed of business-to-business (B2B) deliveries. An “unweighted” average of all lane pairings gives FedEx a modest lead, Taylor said. However, because UPS focuses its time-in-transit improvements on higher-volume lanes, it has the slight upper hand if the analysis measures the length of time between the pickup and delivery of actual packages, Taylor said. However, it is in the business-to-consumer (B2C) segment, which has become the holy grail for delivery due to the exponential surge in e-commerce activity, where FedEx is the “clear winner,” Taylor said. That’s because FedEx Ground’s Home Delivery unit delivers to nearly 100% of the U.S. population on Saturday and to about 95% on Sunday, Taylor said. By contrast, UPS’ Ground Residential service reports 75% population coverage on Saturday and near zero on Sunday, although the Postal Service delivers some Sunday volume, according to Taylor. FedEx matches UPS in delivering 90% of its volume within one to three days. There is little performance differential on B2C parcels picked up on Mondays and Tuesdays, Taylor noted. Because of FedEx’s wider weekend coverage, the gap emerges on Wednesdays and widens as the traditional workweek progresses, he said. For example, packages picked up by FedEx on Thursday are typically delivered on Saturday or Sunday, depending on the transit times. Because of its smaller Saturday coverage area and virtually no deliveries on Sunday, UPS’ Ground Residential may not deliver a package picked up on Thursday until Monday or Tuesday, Taylor said. By Friday, FedEx is faster than UPS on more than half of all shipments due to its broader Saturday and Sunday coverage. By contrast, about a quarter of UPS’ Friday pickups with one-day transit times are not delivered until Monday, with all two- and three-day transit time volumes not delivered until Tuesday or Wednesday, Taylor said. UPS offers Saturday pickups as a regular service offering. Currently, some packages picked up by UPS on Saturday are delivered on Monday. While the numbers are small, they could grow now that Amazon.com Inc. (NASDAQ: AMZN) requires sellers on its site to provide Saturday pickups and deliveries through their service partners if they want to remain eligible to sell goods on Amazon’s wildly popular Prime service but still use their own delivery providers. The new requirements, which took effect Feb. 1, are designed to improve what Amazon has said is woeful delivery performance under the Seller Fulfilled Prime service. UPS had planned to make Juan Perez, its chief information and engineering officer, available for an interview to discuss the time-in-transit program. However, the interview never materialized. The accelerated transit times and the expanded weekend service took life under David P. Abney, who was UPS’ CEO until June 2020. Carol B. Tomé, Abney’s successor, supports the program, saying faster delivery times are a top priority of small to midsize businesses that UPS covets because they generate higher margins. However, Tomé has not followed through on plans to expand Sunday operations, and UPS has not announced any meaningful expansion of weekend services, according to Taylor. On the company’s most recent analyst call to discuss fourth-quarter and full-year results, CFO Brian Newman made “vague references to not being done” with transit-time enhancements, Taylor noted. However, the “lack of funding or specific plan should be a more reliable barometer for UPS’ true intentions,” he said. See more from BenzingaClick here for options trades from BenzingaPostal Service Earmarking B To Boost Share Of Package MarketPilots Ask FedEx To Halt Hong Kong Layovers Over COVID Rules© 2021 Benzinga.com. Benzinga does not provide investment advice. All rights reserved.

The Streaming Stock Ready for a Rebound