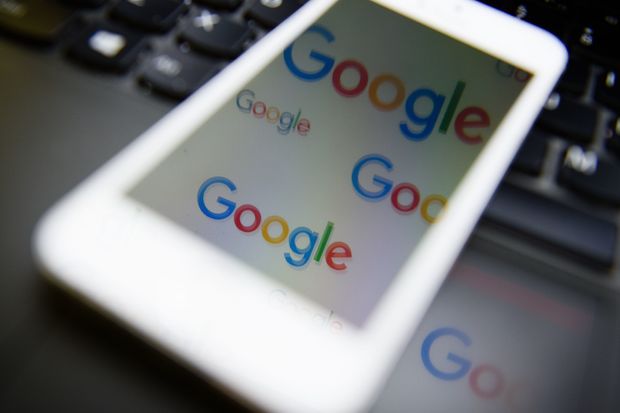 “Google is a monopolist in the general search services, search advertising, and general search text advertising markets,” reads the Justice Department’s complaint, filed in federal court in Washington, D.C., on Tuesday morning. “Google aggressively uses its monopoly positions, and the money that flows from them, to continuously foreclose rivals and protect its monopolies.”

Deputy Attorney General Jeff Rosen said Tuesday morning that Google GOOG GOOGL was charged with violating the Sherman Act with its search and search-advertising businesses after a 16-month investigation. The specific issues referenced included Google’s deals to be the default search engine on popular online services and browsers, Google tying its search engine into phones running Alphabet’s Android operating system, and “anti-forking” agreements that manufacturers who use Android sign.

Google “has maintained its monopoly power though exclusionary practices that have harmed competition,” Rosen said in a teleconference with the news media Tuesday morning.

Proceedings were filed in federal court in Washington, D.C., for United States of America et al vs. Google LLC; states joining the U.S. in that suit were listed on the docket as Arkansas, Florida, Georgia, Indiana, Kentucky, Louisiana, Mississippi, Missouri, Montana, South Carolina and Texas.

“Google is now the unchallenged gateway to the internet for billions of users worldwide. As a consequence, countless advertisers must pay a toll to Google’s search advertising and general search text advertising monopolies; American consumers are forced to accept Google’s policies, privacy practices, and use of personal data; and new companies with innovative business models cannot emerge from Google’s long shadow,” the initial complaint in the case states.

“For the sake of American consumers, advertisers, and all companies now reliant on the internet economy, the time has come to stop Google’s anticompetitive conduct and restore competition.”

Seven other states that were investigating Google — Colorado, Iowa, Nebraska, New York, North Carolina, Tennessee and Utah — will continue investigating, and any eventual complaint would seek to consolidate with the feds’ charges and litigate cooperatively, as in the Microsoft Corp. MSFT, +0.03% antitrust case during the dot-com boom, New York Attorney General Letitia James said Tuesday morning.

For more: Big Tech was built by the same type of antitrust actions that could now tear it down

Charges center on Google’s search business, which dominates the key arena of finding information on the internet world-wide, with Justice Department officials noting Tuesday that Google receives 80% of search queries in the United States. Google has repeatedly denied any wrongdoing, and insists consumers have access to other sources for information than its dominant search engine, such as Twitter Inc. TWTR, +0.21% for news and Amazon.com Inc. AMZN, +0.19% for products. The company says it competes for advertising with Facebook Inc. FB, +1.29%, Amazon, Oracle Corp. ORCL, +0.22%, Verizon Communications Inc. VZ, -0.77%, and others.

The complaint does not specify what specific changes are sought to rectify Google’s market power, instead requesting “structural relief as needed to cure any anticompetitive harm” and “restore competitive conditions in the markets affected by Google’s unlawful conduct.”

The DOJ-Google suit is expected to be followed by legal actions by the Federal Trade Commission against Facebook later this year. Amazon and Apple Inc. AAPL, +0.55% are also being investigated for their business practices. In Tuesday’s event, Justice Department officials noted that investigations into other tech issues were continuing.

That has little sway on Congress, the Trump administration, and the Biden-Harris campaign, all of whom agree that tech’s biggest names have too much power. Everyone from liberal Democrats to conservative Republicans have painted tech as the modern-day corporate and cultural boogeyman, and state attorneys general were pushing their own suits before several Republican-controlled states apparently signed on with the feds for their suit Tuesday morning. The Senate Commerce Committee has scheduled a hearing with chief executives of Google, Facebook, and Twitter on Oct. 28.

The Google suit, as well as anticipated Facebook action, will spill into 2021 and beyond, and would most likely continue under a Democratic-controlled House and Senate. While a House subcommittee on antitrust has urged solutions from breaking up large tech companies to restricting their ability to gobble up some acquisitions, a handful of Senators led by Elizabeth Warren, D-Mass., and Amy Klobuchar, D-Minn., have advocated similar measures and the notion of revisiting antitrust law.

Read more: If the Democrats win the Senate, Big Tech better be ready for a bigger fight

“Antitrust enforcement against Google is long overdue,” Rep. David Cicilline, D-R.I., said in a statement Tuesday morning; he leads the subcommittee that released the antitrust report.

“It is critical that the Justice Department’s lawsuit focuses on Google’s monopolization of search and search advertising, while also targeting the anticompetitive business practices Google is using to leverage this monopoly into other areas, such as maps, browsers, video, and voice assistants.”

The Justice complaint does not portend an onslaught of legislation against tech companies but could signal consumer-protection laws down the line, Shubha Ghosh, a law professor specializing in tech issues at Syracuse University, told MarketWatch.

“If Congress does flip, you could end up with some kind of new scheme for the big digital marketplaces,” Columbia University law professor Tim Wu told CNN. “It’d be like the Radio Act of 1927, a different paradigm for thinking of online platforms.”

: Sweden prepares to join the rest of the world with lockdowns — but they are voluntary
Better Buy: Alibaba vs. Facebook
Comment

A Bullish View of Microsoft’s Outlook

JBS Moves to Reopen ‘Vast Majority’ of Plants After Cyberattack