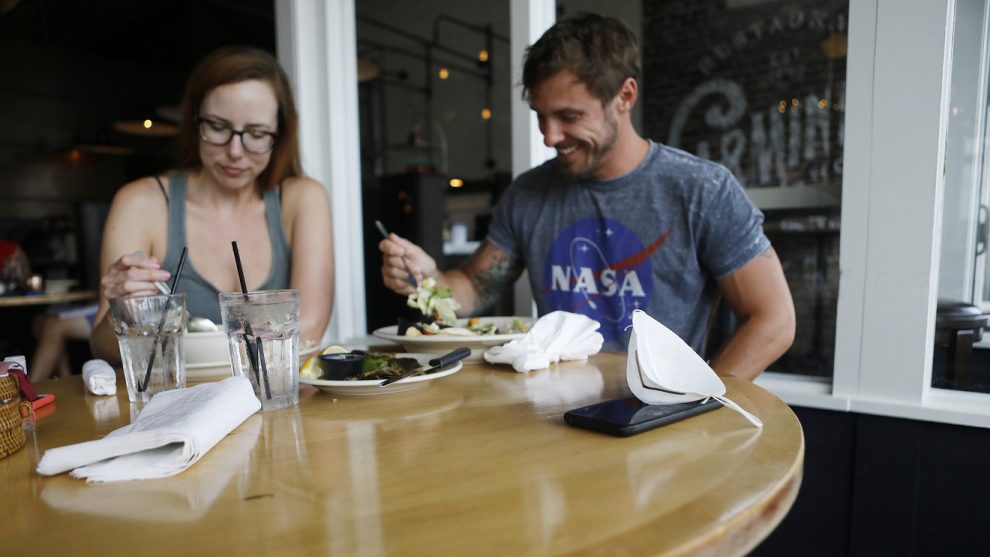 ‘We’re moving back into a modification mode of our original stay-at-home order,” Gov. Gavin Newsom, a Democrat, said. ‘This continues to be a deadly disease.’ Read More... 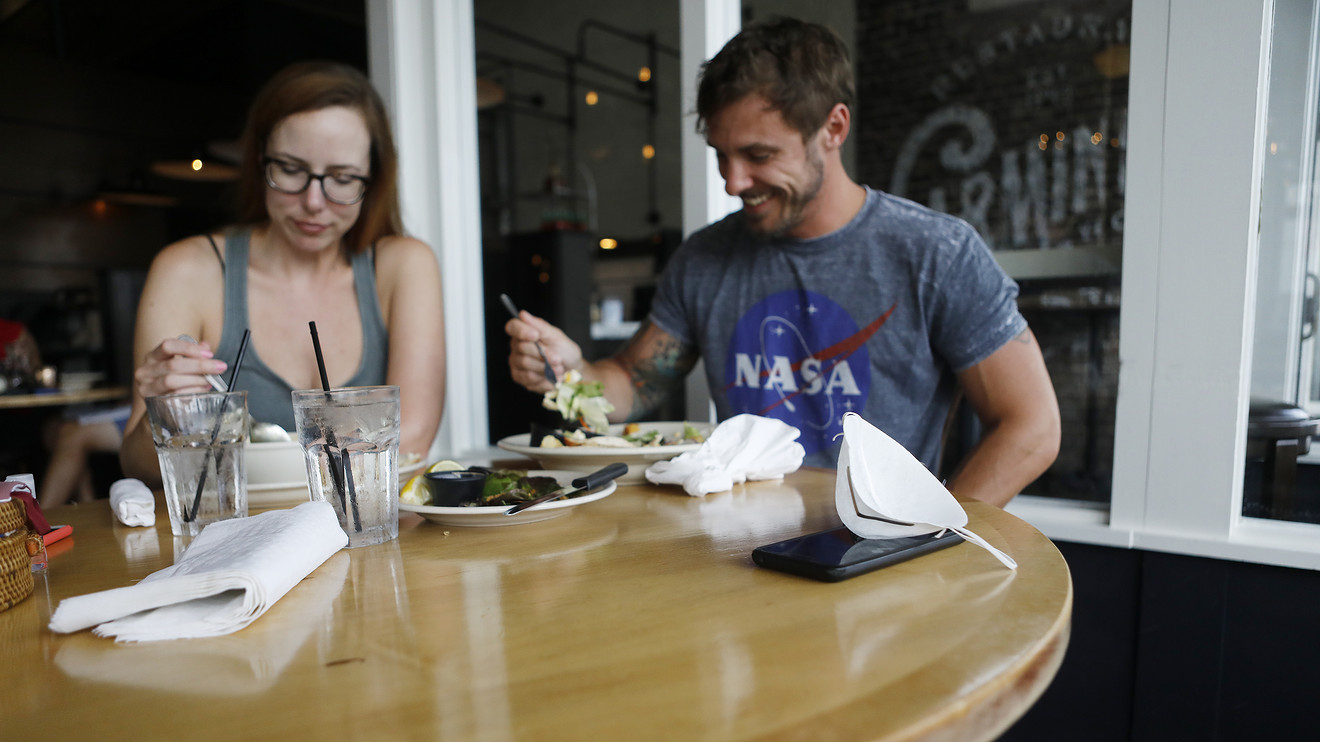 Gov. Gavin Newsom announced on Monday a rollback of operations state-wide at restaurants as well as bars, zoos, wineries, museums, card rooms, and movie theatres. “This is in every county in the state of California, not just those on the watch list,” he said. He said the coronavirus was spreading at an “alarming rate.”

In addition, the shutdown also affects indoor operations of gyms, places of worship, offices for non-critical offices, hairdressers, beauty salons, indoor malls, and other places of businesses in 30 counties on California’s ”monitoring list,” and represent 80% in the state of California.

“We’ve made this point on multiple occasions and, that is, we’re moving back into a modification mode of our original stay-at-home order,” Newsom said. “This continues to be a deadly disease.” He added, “It’s a dynamic list. Counties come on and, in some cases, counties come off.”

Confirmed cases in the state have risen by 48% over the last two weeks. California confirmed another 8,358 new COVID-19 cases and 23 deaths from the virus on Monday. That brings the total number of cases in California to more than 331,620 cases and number of fatalities to 7,045.

The COVID-19 pandemic, which was first identified in Wuhan, China in December, had infected nearly 13 million people globally and more than 3.3 million in the U.S. as of Monday. It had claimed at least 570,435 lives worldwide, 135,425 of which were in the U.S., according to Johns Hopkins University.

Prior to California’s state-wide announcement, New Jersey restaurants were set to reopen for indoor dining on July 2, but days before Gov. Phil Murphy said that it won’t happen. New York Gov. Andrew Cuomo, however, only halted indoor dining in New York City, which was set to reopen the week after July 4, and not across the state.

“ ‘There’s nothing magical about six feet. That’s about that average distance respiratory droplets can travel, so being further apart from people is always better.’ ”

— Ryan Malosh, an infectious disease epidemiologist at the University of Michigan School of Public Health

“This is a New York City only modification because frankly, it’s a problem that is most pronounced in New York City,” Cuomo said earlier this month. “New York State is doing great, but I feel that there are storm clouds on the horizon,” he added.

“Outdoor dining has worked very well all across the state, New York City included,” Cuomo said on July 2. That said, “there have been no major outbreaks related to indoor dining,” a New York Department of Health spokesman told MarketWatch.

“We have seen spikes in other states driven in part by the return of patrons to indoor dining establishments where they are seated and without face coverings for significant periods of time,” Murphy said during a briefing held June 29.

So what makes indoor dining riskier?

For starters, it can be much harder to space tables further apart when you’re inside. Even though six feet is the widely publicized distance people should maintain from one another to avoid potentially coming in contact with respiratory droplets that can transmit coronavirus, there’s scientific evidence that these droplets have the ability to travel well beyond six feet.

“There’s nothing magical about six feet,” said Ryan Malosh, an infectious disease epidemiologist at the University of Michigan School of Public Health. “That’s about that average distance respiratory droplets can travel, so being further apart from people is always better.”

On top of that, air filtration is generally better outdoors than indoors because particles have more room to be dispersed, Malosh said. “Outdoors, a light breeze can disperse particles with no constraint on the distance they can then travel.”

Diners don’t tend to wear masks outdoors. If people wear masks indoors, however, that can significantly lower the chances of dispersing virus-containing particles, said Thomas Russo, chief of the division of infectious disease at the University at Buffalo.

“ ‘It’s already going to be dicey going into the school year and getting elementary students to wear masks is going to be hard, but it’s an important activity that’s much different than going into restaurant indoors.’ ”

— Thomas Russo, chief of the division of infectious disease at the University at Buffalo

In fact, over 140 clients who visited a hair salon based in Springfield-Greene County, Mo. where two stylists tested positive for coronavirus did not contract the virus themselves. The county’s Director of Health, Clay Goddard, cited the “value of masking” as the reason 140 clients and six other employees at the salon did not contract coronavirus.

Meanwhile, more than 100 cases of coronavirus were traced back to one bar in East Lansing, Mich. which reopened on June 8. Malosh used this as an example of the increased risk of dining indoors.

The bar, Harper’s Restaurant & Brew Pub, has since closed down to install “air purifying technology,” according to a statement made on Facebook FB, -2.47% on June 22.

(Harper’s did not respond to MarketWatch’s request for a comment.)

Even though malls and movie theaters in some states’ reopening plans are allowed to reopen after restaurants can reopen for indoor dining, Russo said indoor dining poses greater risks.

Related: How COVID-19 could spread on college campuses. Will students be safe?

“Whenever there’s a scenario where everyone can wear masks at all times the risk is lower,” Russo said. “When eating you physically can’t wear a mask but you can minimize that risk by popping it back on between bites.”

States like New York and Jersey which have been hit particularly hard by the virus, are also planning to reopen schools in the fall and “want to start off the school year with the best possible conditions,” Russo told MarketWatch.

“It’s already going to be dicey going into the school year and getting elementary students to wear masks is going to be hard, but it’s an important activity that’s much different than going into a restaurant indoors.” 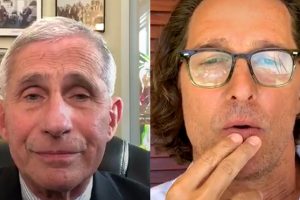 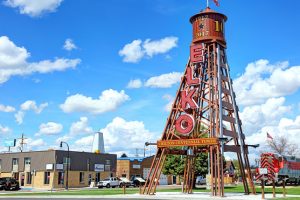 The Tell: SocGen’s Albert Edwards hopes his ‘dystopian vision’ for the global economy’ is wrong

How Google Performed in April