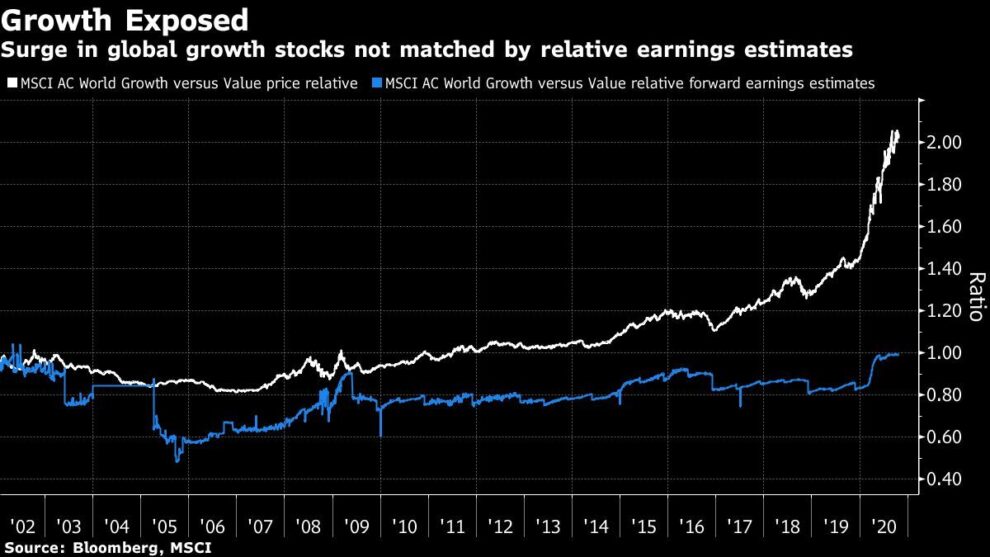 (Bloomberg) -- As Netflix Inc. shareholders found out to their dismay this week, lofty global growth stock valuations can come back to bite, when a company’s outlook isn’t bullish enough to back them up.Since 2002, the MSCI AC World Growth Index has about doubled the return of its value counterpart, yet its relative earnings expectations have failed to grow at a similar pace. That means a significant valuation gap has emerged between the two types of stocks, one that isn’t necessarily justified by higher relative earnings growth.That leaves growth stocks vulnerable to a sharp valuation correction should investors become disappointed. Netflix fell about 7% on Wednesday after missing Wall Street’s estimates for subscribers, renewing doubts about its ability to maintain growth.About 15% of the companies in the Bloomberg World Index have reported so far this season, according to data compiled by Bloomberg. More than 80% of firms in the traditional growth sector -- technology -- have beaten earnings estimates, it showed.But traders have been unimpressed despite the positive reporting. The average one-day price move for tech companies that have reported was -0.4%, the data showed.And for those that disappointed, the share price reaction has been more severe. International Business Machines Corp. shares slumped 6.5% on Tuesday, the most in four months, after failing to provide an earnings outlook. Citrix Systems Inc. fell more than 7% Thursday, to the lowest since March, after cloud growth lagged investor expectations.“Optimism is fraying at the edges with recent disappointing earnings results beginning to undermine the growth qualities of U.S. IT,” Societe Generale SA strategist Albert Edwards said in a note. “Woe betide any stock that profit-warns, making the market realize it has been fooled, having wrongly valued it as a growth stock.”For more articles like this, please visit us at bloomberg.comSubscribe now to stay ahead with the most trusted business news source.©2020 Bloomberg L.P. Read More... 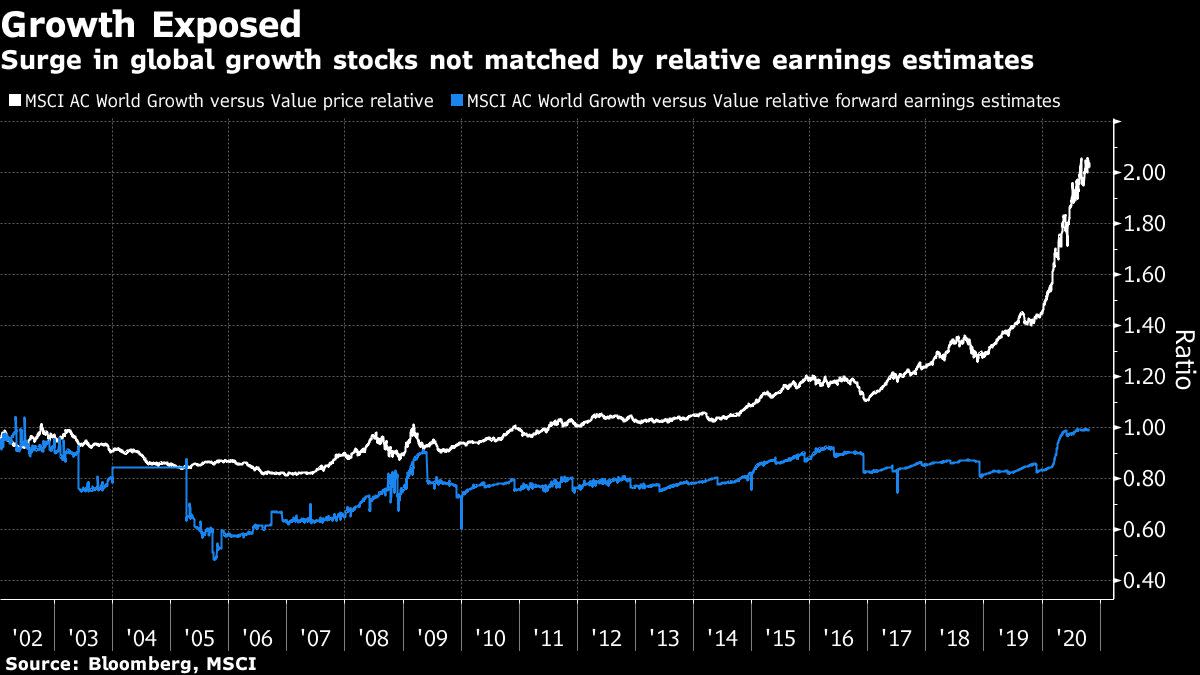