Homeless Americans who don’t have a fixed address or bank accounts can claim stimulus money by filing a tax return, even if they make too little money to owe taxes. Read More... 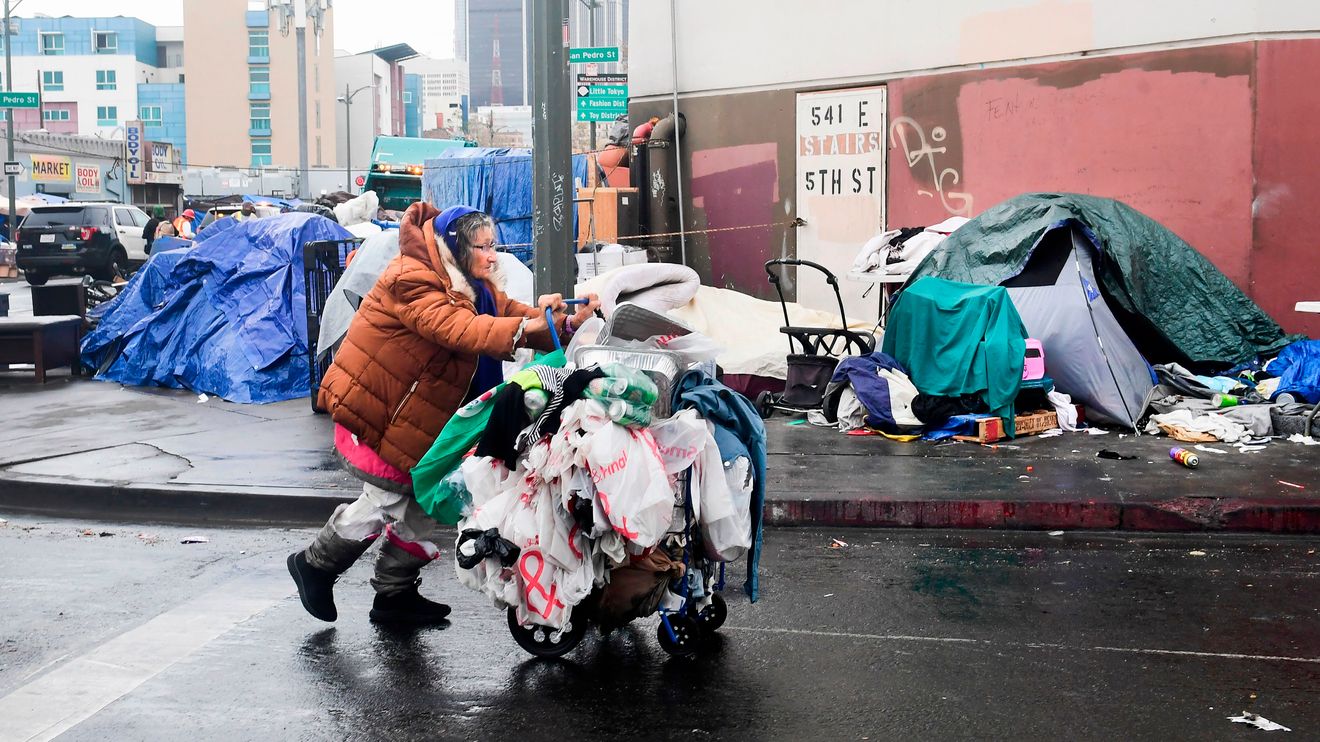 Millions of Americans won’t have to do anything to receive their third stimulus check. It will either automatically be mailed to them or deposited directly into their bank accounts.

But homeless Americans who don’t have a fixed address or bank accounts will have to jump through an array of hoops to claim theirs.

Hamdia Ahmed, a Somali-American model and advocate for refugees and migrants, drew attention to the hurdles homeless people face to claim their stimulus checks in a tweet that was shared more than 174,000 times after she posted it March 15.

“If you are homeless, you can go to a tax return office where they will file something called EIP return. They will put the money on a debit card after,” she said in her tweet.

There isn’t technically something called an “EIP return,” but Ahmed’s tweet was correct in pointing out that people experiencing homelessness can claim the latest round of economic impact payments — also known as stimulus checks — by filing a tax return.

Though Ahmed suggested going to “a tax return office,” it’s important to note that you can file electronically, and you have to make an appointment first if you want to visit an IRS taxpayer assistance center. People experiencing homelessness can get free in-person tax help by visiting their nearest IRS Volunteer Income Tax Assistance office. You can locate a provider here.

Volunteers have been helping homeless people claim their stimulus checks

During the first round of stimulus payments, the Internal Revenue Service automatically sent the checks to people who had filed taxes in 2019. The IRS instructed homeless people, as well as anyone who didn’t file taxes in 2019, to enter their information on the IRS’ online non-filer tool.

What if I missed the Nov. 21 deadline?

Some 9 million non-tax-filing Americans had not claimed their stimulus checks six months after the 2020 CARES Act, which sent out $1,200 stimulus checks, according to the IRS.

Americans who missed the Nov. 21 deadline can still claim all three stimulus checks by electronically filing a 2020 tax return. That will enable them to receive the stimulus-check money they’re owed through a “Recovery Rebate Credit.”

Americans who earned less than $12,200 last year (or $24,400 if they are married) won’t have to pay any taxes. But they will need to enter their personal identifying information, such as their Social Security number, through the IRS’ Free File Program, where tax software companies prepare returns free of charge for people who make up to $72,000 a year. Americans can access this program on a cellphone or computer.

Americans who were eligible for stimulus money but missed out on some or all of the payment can also get funds they are owed using the same programs if they qualify.

This group could include households with a new baby in 2020, people who earned less in 2020 than they did in 2019, and young adults who are filing their taxes for the first time.

“ If you don’t have a permanent address, you can arrange to have your stimulus money sent to a local post office, homeless shelter or religious place of worship. ”

If you do not have a bank account and don’t wish to open one, the IRS can mail you an  Economic Impact Payment Card, which functions like a debit card.

If you don’t have a permanent address, you can arrange to have your stimulus money sent to a local post office, homeless shelter or religious place of worship. You can also contact United Way’s 211 Economic Impact Payment Helpline by calling (844)-322-3639 for assistance.

Sen. Tina Smith (D., Minn.) in a letter signed by 28 Democratic senators in February,  urged Treasury Secretary Janet Yellen to “commit to conducting outreach to all populations to make sure [homeless people] are aware of their potential eligibility and can sign up for and receive the payment.”

The IRS did not respond to MarketWatch’s request for a comment.

There are also several local organizations that are assisting homeless people claim their stimulus checks such as:

Don’t miss: When will you get your $1,400 stimulus check? Some payments already arrived, but many to hit Wednesday

Related: COVID-19 will cause twice as much homelessness as Great Recession, researchers say

Apple to Begin Online Sales in India Ahead of Holiday Season

Tesla to trim ‘Musk friendly’ board amid SEC fight