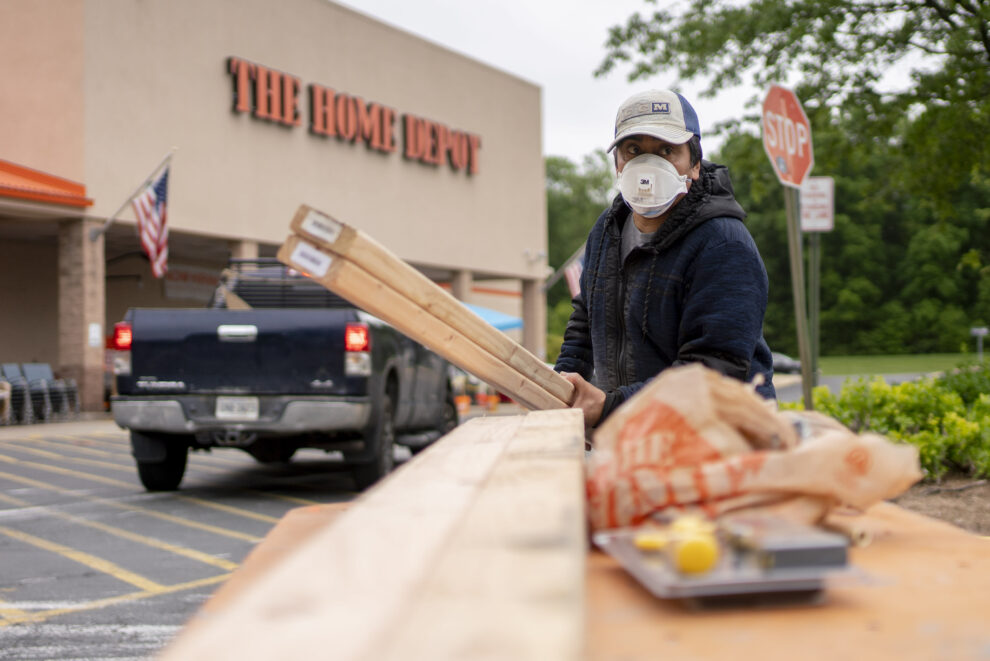 Home Depot on Tuesday reported third-quarter earnings that beat estimates as consumers continued to focus on home improvement during the coronavirus pandemic and sales surged 24% from a year ago.

Despite the higher-than-expected earnings, Home Depot stock fell more than 2% in premarket trading. In an interview on CNBC’s “Squawk Box,” Brian Nagel, senior analyst at Oppenheimer, attributed the move to concerns that Home Depot’s gains during the pandemic aren’t sustainable.

Nagel added that the permanent compensation plans Home Depot is now offering to employees are “one more indication” that it’s increasingly more expensive to operate as a retailer during the pandemic. Home Depot did not provide a full-year outlook.

Here’s what the company reported compared with what Wall Street was expecting for the fiscal third quarter, based on a survey of analysts by Refinitiv:

“Our ability to effectively adapt to this high-demand environment is a testament to both the investments we have made in the business as well as our associates’ focus on customers,” CEO Craig Menear said in a statement. “We continue to lean into these investments because we believe they are critical in enabling market share growth in any economic environment.”

The company said it was continuing to benefit from the stay-at-home spending patterns through the beginning of November.

With people spending more time at home and some leaving cities during the pandemic for spacious homes in the suburbs, Home Depot and its rival Lowe‘s have seen a surge in sales. It began in the spring, when both were deemed essential businesses as other retailers shuttered, and it continued into the summer as people traveled less and tackled more projects at home.

Neil Saunders, managing director of GlobalData, said in a statement that Home Depot was largely unaffected by the end of enhanced unemployment benefits, because “this difficulty is mostly confined to lower income groups who were never particularly big spenders on home improvement.”

“Among those still in work, spending on the home continues to be a priority,” he said. “Savings from lower outlays on commuting, eating out and not taking vacations have given consumers a pool of cash which they have diverted into home projects and activities.”

As for Home Depot’s professional business, it announced Monday that it will acquire HD Supply, a former unit and one of North America’s largest industrial products distributors, in a deal valued at $8 billion. Home Depot spun off HD Supply in 2007 to a group of private equity firms that included Carlyle Group, Bain Capital and Clayton, Dubilier & Rice.

The deal could help Home Depot cement its leading edge in the professional contractors business. Lowe’s has been trying to capture a greater share of that side of the business, but Home Depot remains dominant. Along with do-it-yourself projects, the professionals market has boomed during the pandemic, too.

Lowe’s is scheduled to report fiscal third-quarter earnings before the market open on Wednesday.

How Amazon Web Services Stacked Up Against Microsoft's Azure