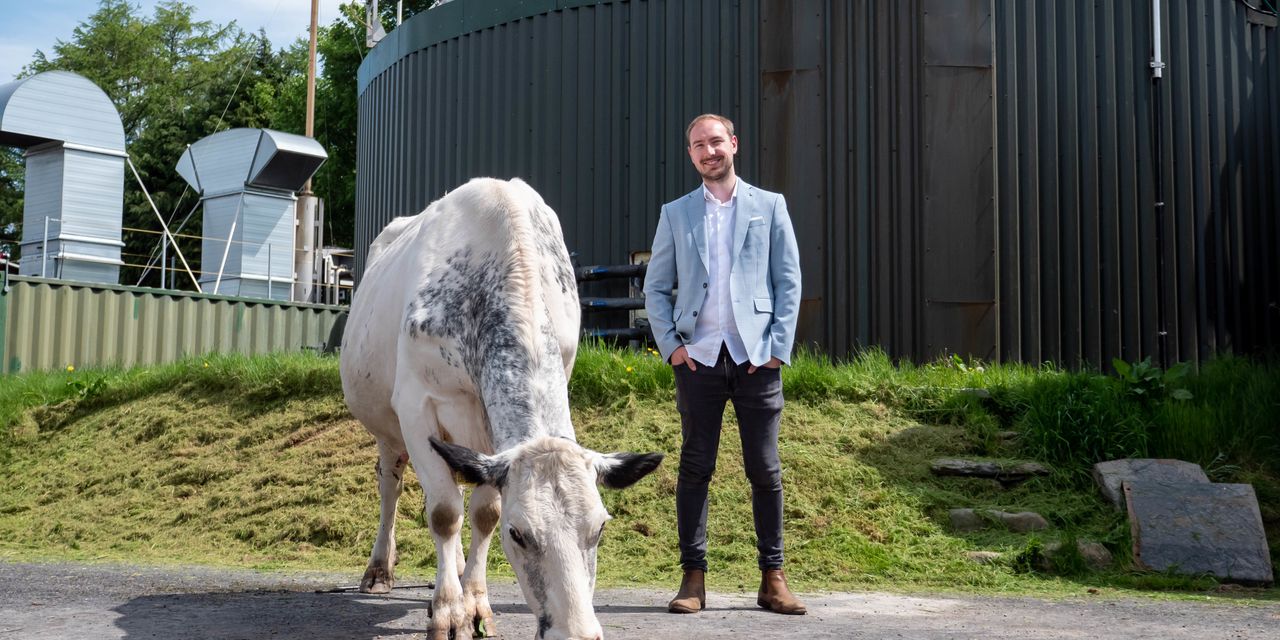 An entrepreneur who has set up a cryptocurrency mining business powered by cow manure has seen business boom since Tesla TSLA, -0.80% boss Elon Musk questioned bitcoin BTCUSD, +0.84% over its environmental credentials.

U.K.-based Josh Riddett, who started Easy Crypto Hunter in 2017 in Manchester, has carved a niche selling farmers equipment powered by renewable energy such as anaerobic digestion, which turns animal dung into energy.

Bitcoin is probably the best known cryptocurrency, a form of digital money, although dogecoin DOGEUSD, -1.47% is also popular, and mining is a form of auditing or record-keeping that uses computer-processing power and consumes a large amount of electricity.

Read: A Goldman Sachs boss has reportedly quit after making millions on dogecoin

Riddett’s mining machines — measuring 70 cm x 35 cm x 40 cm — are designed to mine other digital currencies like Ravencoin and ethereum, and use far less energy.

The company’s mining rigs typically retail for £18,000 ($25,000) and have averaged approximately £30,000 each in annual profit over a three-year period, with the bulk of these gains made in 2021 as digital currencies won institutional acceptance.

Farmers with renewable energy sources like solar, hydro, wind or anaerobic digestion can sell their power back to energy companies for around 4-7 pence per kilowatt-hour — but they can earn up to 10 times that running a crypto mining machine instead.

Riddett — who was among delegates at a European Union summit on crypto last year — says the company has been experiencing huge growth in sales among the U.K.’s agricultural community, as farmers tap into on-site renewable energy like solar, hydro, wind or anaerobic digestion.

Riddett said in a statement: “Elon Musk wiped billions off global crypto markets when he said bitcoin mining was bad for the environment but what we’re doing couldn’t be greener.

“Our computers are capable of mining hundreds of different digital currencies but we don’t mine bitcoin because it’s not as energy efficient as other coins and it’s not as profitable.

“When we started this business four years ago, green energy wasn’t on our customers’ radar, but now it’s approximately 40% of our business, and growing every day.”

Green Sheet: This German utility — the EU’s largest emitter — has a 2040 pledge to be carbon neutral

Why Pinterest Shot as Much as 5.5% Higher on Thursday