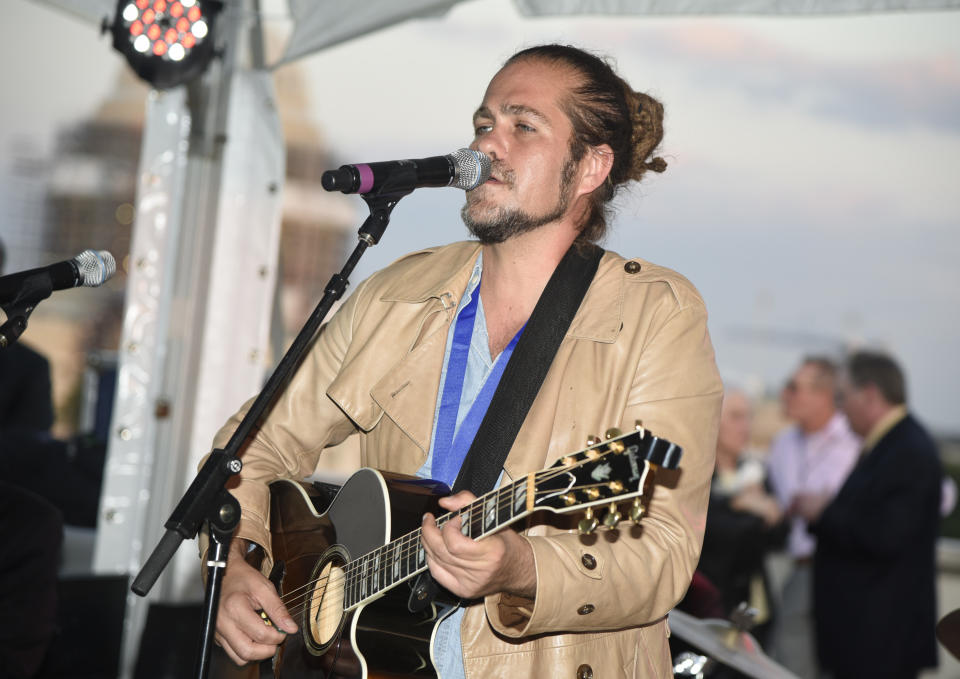 Clarence Greenwood, also known by his stage name, Citizen Cope, has been making music for more than 20 years. The 53-year-old artist has seen the changes within the industry first-hand — from the explosion of NFTs and streaming to the sector’s pivot amid COVID-19 shutdowns.

“You always kind of have to adjust and change, because [the industry] has always been changing,” Greenwood, whose work has appeared in top TV series and films from “Scrubs” and “One Tree Hill” to “Coach Carter” and “The Lincoln Lawyer,” told Yahoo Finance in a new interview, detailing the transition from CDs to Napster to streaming.

“I think streaming is amazing,” Greenwood revealed, adding that platforms have “done a really good job at getting music out there.”

At the end of 2021, there were 523 million users of paid subscription accounts.

Yet market share alone doesn’t guarantee total power to streaming platforms. Taylor Swift famously pulled her “1985” album, along with the rest of her catalog, off of Spotify back in 2014, as a means of protesting artist compensation in the digital era.

“The artist has not really been in the room for those conversations,” Greenwood admitted, directly referencing the complicated relationships artists have with the current payment structure.

Swift eventually rejoined the platform in 2017, but similar issues remain top of mind for musicians struggling to profit from Spotify’s ‘pro rata’ model in which users’ monthly fees go into one single pot. That money is then divided and distributed by the total number of streams, with Spotify receiving roughly 30% of the total subscriber’s fee.

Critics of the model say it alienates smaller artists who don’t have the backing of a big label, and takes power away from the consumer, who has no say as to where his or her money lands.

The model has also been accused of being outdated, created at a time when listening habits were drastically different, and streaming was fairly unproven.

Flash forward several years, and streaming is one of the main forms of audio consumption. Spotify boasts an impressive 406 million users, including 180 million subscribers, across 183 countries and markets.

Greenwood maintains hope that artists will soon be part of those royalty conversations as “streaming companies have relied on the record companies and the master holders to report to the artists, but this is a whole new kind of paradigm and a whole new world.”

“You can’t really place blame on a streaming service or a record company because it’s so brand new, but at the same time, the artists haven’t been at the table,” he continued.

“Artists should stand up and start to be represented in some way when these licenses occur with streaming companies,” Greenwood stated.

Streaming royalties: By the numbers

However, it’s important to note that Spotify doesn’t directly pay out its artists or songwriters — hence the key word, “generated.” Rather, payments go through the rights holders (record label, distributors, aggregators, or collecting societies), which then pay out the respective parties.

Although every agreement is different, Spotify says it pays out roughly 2/3 of every dollar it makes through subscribers and advertisers. It has paid more than $23 billion in royalties to music rights holders as of 2020, (including $5 billion in just 2020 alone, up from $3.3 billion in 2017.)

To break it down even further, once the royalties are in the hands of the rights holders, the money is then divided into two buckets: recording (the recordings of the actual songs) and publishing (the copyrights for songwriting and composition, such as lyrics and melodies.)

Although publishing rights are often not worth as much as actual recordings, they can still lead to a significant amount of revenue over time with radio play, advertising, movie licensing and more.

However, some big artists are crafting their own lucrative deals in ways that circumvent the current compensation model. In December 2021, Bruce Springsteen sold both his master recordings and publishing rights to Sony Music in a deal reportedly worth north of $500 million.

And last May, The Red Hot Chili Peppers sold the rights to its song catalog for a reported $150 million, followed by Bob Dylan, who sold over 600 copyrights to Universal Music Group in a deal reportedly valued at over $300 million. Meanwhile, Stevie Nicks sold a majority stake in her songwriting for a reported $100 million.

“The key is that the business has become predictable,” according to Page, who now teaches in the music program at the University of Miami.

Investors “can trust in the future of the business because it’s growing. When you eliminate the uncertainty, it opens up a new door for investors to come in and snap those assets,” he added.

Bottom line? Streaming balloons the value of songs and records which make platforms necessary for artists.

Not every artist will see the same cash flow, and the biggest ones have the most power, but up-and-comers need the exposure that streaming provides.

“At the end of the day, you still gotta have people listen to your music,” Greenwood said.