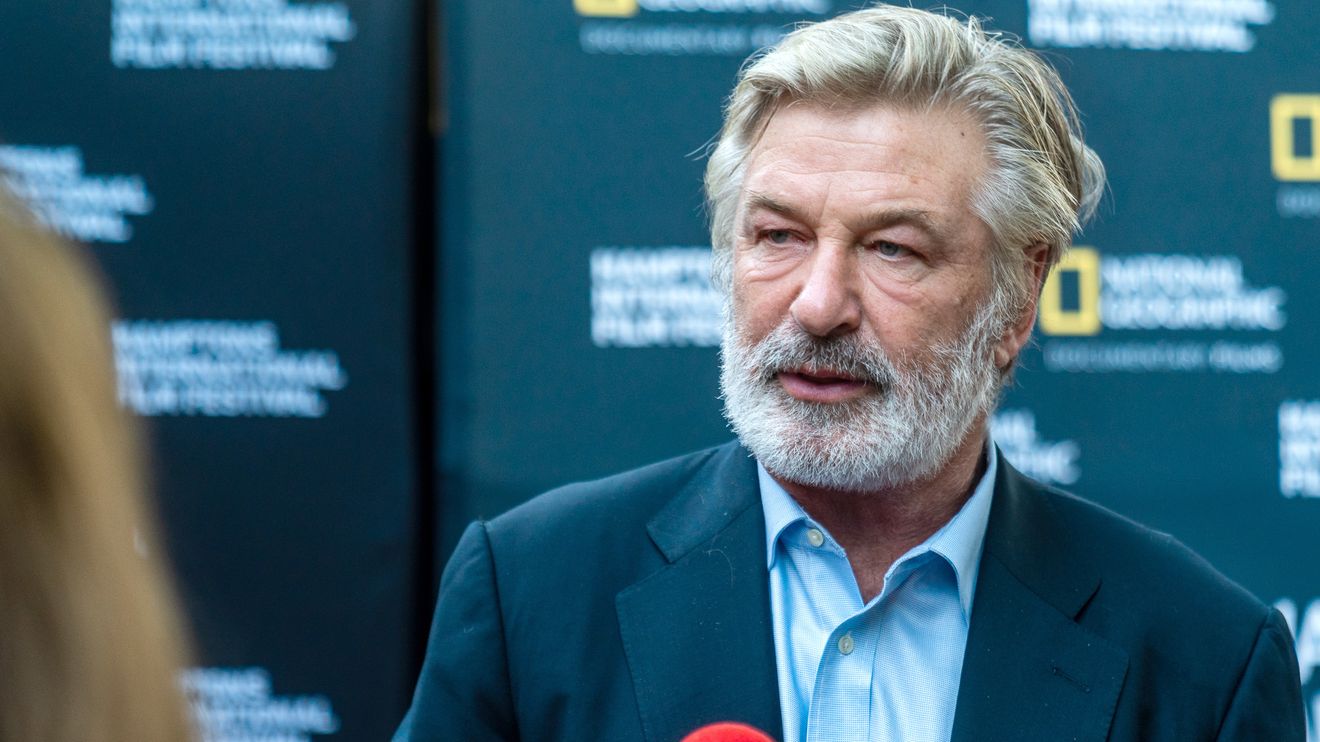 As details continue to emerge surrounding the Alec Baldwin prop-gun shooting last week that killed cinematographer Halyna Hutchins, another story about firearms in America is also unfolding — namely, the fact the gun sales have been soaring since the start of the pandemic.

And though the matters may seem unrelated, some do see a connection in that the Baldwin shooting could prompt discussions around gun safety and usage.

Certainly, that could be the case in Hollywood, where already there are calls for rethinking how guns should be handled on film and television sets.

Baldwin fired a prop gun on the New Mexico set of the film “Rust” Thursday, killing 42-year-old Hutchins and wounding director Joel Souza, who was standing behind her. Assistant director Dave Halls reportedly grabbed a gun off a cart and gave it to Baldwin, indicating that it was safe by shouting “cold gun,” court papers said.

But some are also saying the shooting could serve as a warning for society as a whole about the risks and dangers of guns, given how widespread firearm ownership is becoming.

“ Some are also saying the Alec Baldwin prop-gun shooting could serve as a warning for society as a whole about the dangers of guns.”

“People are injured and die by firearms in so many different situations,” said Josh Horowitz, executive director of the Coalition to Stop Gun Violence, a non-profit organization based in Washington, D.C.

Background checks for gun sales in the U.S. hit an all-time high of 21 million in 2020, according to the National Shooting Sports Foundation (NSSF), the trade group for the firearms industry. NSSF, whose research is based on government data, doesn’t track actual sales, but said the background-check figure is a reliable measure of such.

And while the NSSF doesn’t expect the 2020 number to be surpassed in 2021, it says sales are continuing at a strong pace — with 13.7 million background checks recorded through the end of September 2021. That already puts the 2021 year-to-date figure ahead of the entire of 2019.

The continuing sales surge speaks to societal fears brought upon by the pandemic and the civil unrest of last year, NSSF spokesman Mark Oliva said.

“There’s still a lot of concern for personal safety,” he said.

“‘There’s still a lot of concern for personal safety.’”

Oliva believes that sales have also remained strong this year in part because first-time gun buyers are likely opting to purchase another firearm as they become more comfortable and familiar with gun ownership. He noted there were 8.4 million first-time buyers in the U.S. last year.

Another factor that Oliva and others cite behind the sales surge: the election of Joe Biden, a Democrat who has been a gun-control advocate and talked about the need for legislation to keep the firearms industry in check. Given the concern among some people that their ability to buy a gun in the future may be limited, they are making those purchases now, Oliva said.

Oliva doesn’t think the Baldwin shooting will necessarily change or reshape the larger debate around gun control. Rather, he said it will simply reinforce the need for a deeper understanding of gun safety: “The answer is to get better education.”

To some extent, Horowitz of the Coalition to Stop Gun Violence doesn’t disagree. He isn’t anticipating discussion about major new gun-control initiatives in the wake of the Baldwin shooting, as has often been the case following mass shootings, such as the ones at schools.

“‘I don’t care what precautions you’re taking. I never willingly put myself on the other end of the barrel.’”

But he said the Baldwin shooting speaks to something that needs to be emphasized increasingly in terms of gun safety, even if the situation involves a prop or toy gun: “I don’t care what precautions you’re taking. I never willingly put myself on the other end of the barrel.”

Horowitz and others do anticipate that Hollywood will make major changes in terms of how it deals with guns on sets going forward. Some are suggesting that firearms be banned altogether and that computer-generated imagery be used for any scenes involving guns.

Alexi Hawley, an executive behind “The Rookie,” an ABC DIS, +1.53% police series, announced he was already making changes, according to a story in the Hollywood Reporter. The show will substitute something similar to a BB gun for a traditional one and will use computer imagery to create “muzzle flashes.”

“There will be no more ‘live’ weapons on the show. The safety of our cast and crew is too important. Any risk is too much risk,” Hawley said in a memo.

Facebook Touts Metaverse, Future During Maelstrom of Bad News
: So what exactly is a billionaires’ tax — and how would it work?
Comment

Tax Guy: This type of LLC is ideal for real estate investors

What Can We Conclude About Amazon.com's (NASDAQ:AMZN) CEO Pay?