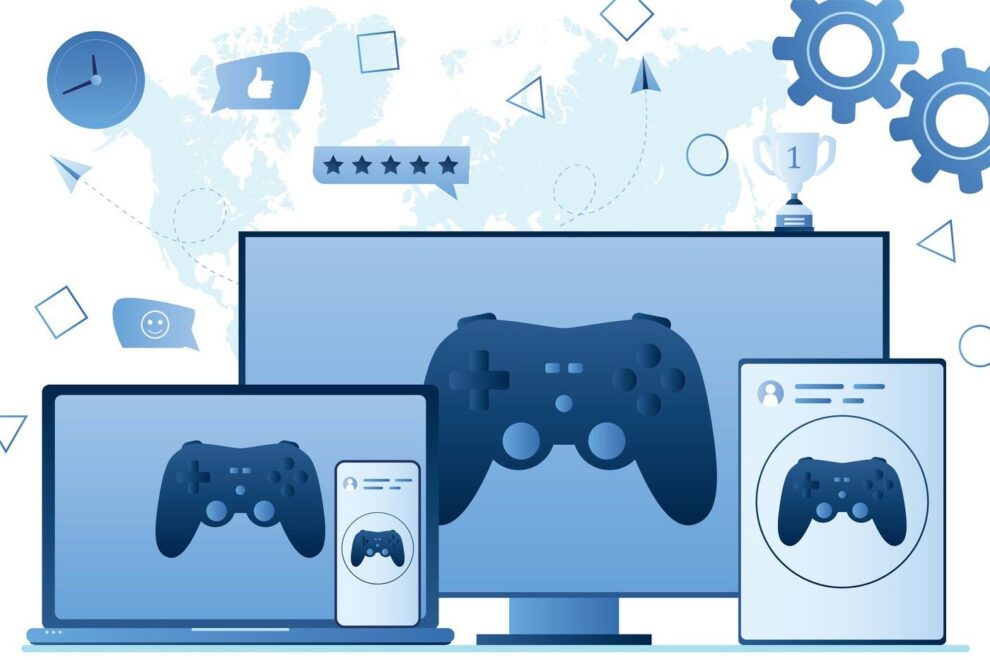 Zynga (NASDAQ: ZNGA) has made smart use of acquisitions to fuel its growth for several years, and it just landed another one with Echtra Games. Zynga didn't disclose the purchase price, so it was likely a small deal, but the potential returns from this one acquisition could be significant as Zynga aims to tap into the talent at Echtra to expand its gaming empire beyond mobile devices. A key reason why Zynga acquired Echtra Games is the expertise the studio has in developing cross-platform games, which Zynga has in its current development pipeline. Read More... 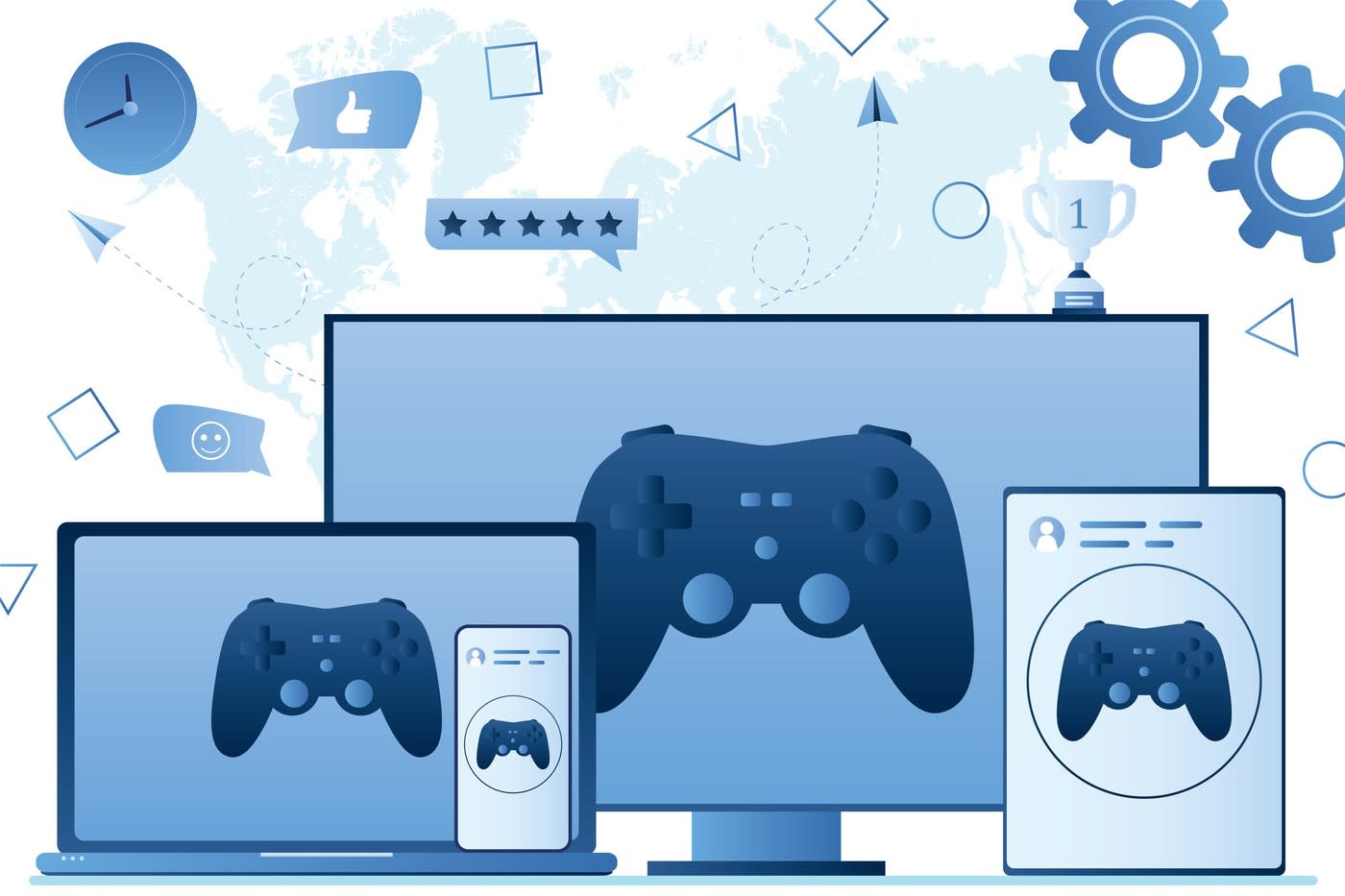 Zoom Is Doing Great, But Can It Continue Being A Necessity?

On Monday, Zoom Video Communications (NASDAQ: ZM) shares rose 11% in extended trading after the company reported fiscal fourth-quarter earnings, beating top and bottom-line expectations and issuing strong guidance. As COVID-19 made physical contact impossible one year ago, video conferencing became a necessary work tool. Microsoft Corporation (NASDAQ: MSFT) benefited from the trend thanks to its Microsoft Teams and Google Meet enabled Alphabet Inc. (NASDAQ: GOOG) to take a piece of the pie, but Zoom’s share price has almost quadrupled last year, resulting in a market value of more than $100 billion. Q4 The video-calling software maker reported its revenue grew 369% YoY in the quarter that ended on January 31st, after growing 367% in the third quarter and losing fewer customers than executives had expected. Revenues soared to $883 million, up from $188 million the year before. Based on formal accounting rules, Zoom’s net income rose from $15 million to $260 million, or 87 cents a share. Gross margin expanded from the previous quarter’s 66.7% to 69.7%. The company also posted gains among small customers as it had 467,100 customers with more than 10 employees at the end of the fiscal fourth quarter, nearly five times as many as it had before the pandemic hit, or up 470% on an annualized basis, compared with 354% growth in the previous quarter. It ended the quarter with $4.24 billion in cash, cash equivalents and marketable securities, significantly up from the previous quarter’s $1.87 billion. The video conferencing start-up turned in a surprisingly strong performance in the latest quarter during which Covid-19 vaccines were intensively administered and predicted faster than expected growth in the coming year. The news sent Zoom’s shares up nearly 10 percent in after-market trading on Monday, valuing it at $131billion. They are still more than 20 percent below their highest level reached back in October, before investors started thinking about the impact of pandemic restrictions. FY2021 For the year characterized by lockdowns across the globe, sales quadrupled to $2.65 billion with Zoom’s app being downloaded nearly half a billion times or twice as many times as Google’s video chat app, as reported by Apptopia. FY2022 Despite predictions that its service will play a less central role in the lives of many workers and students in 2021, Zoom expects revenues for its next fiscal year to grow by 43 per cent to $3.76 billion to $3.78 billion, compared to Wall Street projections of about $3.5 billion. It also predicted pro forma earnings per share of $3.59 to $3.65, higher than the $2.96 a share analysts had penciled in. Still, churn rates remain higher than they were before the pandemic and the trend is expected to persist as people begin to travel. View more earnings on ZM For the undergoing Q1, adjusted EPS are expected to be between 95 cents and 97 cents with revenue in the range between $900 million and $905 million in revenue. The outlook is significantly brighter than 72 cents and $829.2 million that Refinitiv gathered analysts penciled in. “Zoom fatigue” A possible major bump in the road was recently identified by a study from the Silicon Valley Itself that was published on February 23rd in the journal of Technology, Mind and Behavior. Researchers from Stanford University found that all those hours of video calls take more of a toll on our brain and body than regular office work. Seemingly never-ending video calls leave us utterly drained, even though our most strenuous physical activity during the workday involved smiling at the camera. Although it concerns all video chat platforms, researchers named it “Zoom fatigue.” Researchers say Zoom fatigue has four main culprits: excessive and intense eye contact, constantly watching video of yourself at a frequency and duration that hasn’t been seen in the history of people, the limited mobility of being stuck at your desk, and more energy spent identifying social cues that is much easier to do in person. The “non-verbal overload” is a result that we are gifting even strangers with the behavior that is ordinarily reserved for close relationships. Although some issues can be easily resolved such as by removing our selfie from the user interface and going for an audio call, others might require a lot more effort. Zoom’s prospects Oddly enough, the founder of a company whose success is inextricably linked to the pandemic-fueled rise of remote work and home offices, Eric Yuan, himself admitted that everybody’s desperate to return to the office. But then again, the company knows too well it has to show no fear about the world going back to its pre-pandemic days if it wants to protect its equity value. The video call software company’s 2020 growth story will probably never be repeated and a post-pandemic slowdown is inevitable but Zoom’s betting on a new normalcy that combines in-person meetings with video calls. Zoom has plans for an independent future. Like Salesforce.com, inc (NYSE: CRM), it is trying to take on Microsoft Teams with a suite of office collaboration products. The pandemic awarded Zoom with the sort of brand recognition that no money can’t buy. But Microsoft has $132 billion in its war chest and is busy improving Teams, so there’s no way it will relinquish its domination over workplace software willingly. This article is not a press release and is contributed by IAMNewswire. It should not be construed as investment advice at any time please read the full disclosure. IAM Newswire does not hold any position in the mentioned companies. Press Releases – If you are looking for full Press release distribution contact: [email protected] Contributors – IAM Newswire accepts pitches. If you’re interested in becoming an IAM journalist contact: [email protected] The post Zoom Is Doing Great But Can It Continue Being a Necessity? appeared first on IAM Newswire. See more from BenzingaClick here for options trades from BenzingaThis Week’s Stars Are Zoom, Target And CostcoRemote Work Had Several Implications For Dropbox Earnings© 2021 Benzinga.com. Benzinga does not provide investment advice. All rights reserved.

IMAX CEO sees blockbuster summer season: ‘People are screaming to come back to movies’
Economic Preview: The U.S. economy is ready to surge again. So is inflation
Comment

As IPOs roar back to life, Wall Street readies for new breed of tech giants

Give the Gift of Investing With This Classic Stock Bundle