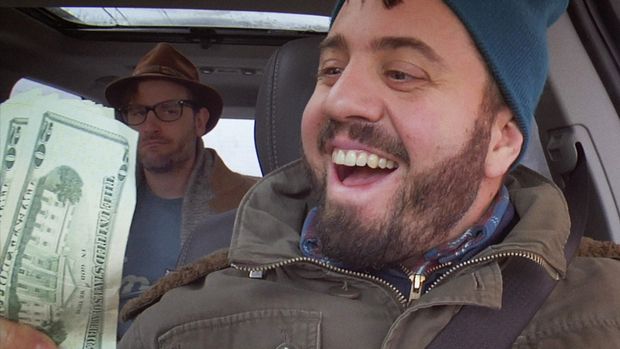 Howard Gold reviews "How I Invest My Money," a collection of essays by 25 financial experts. Read More...

Do money managers and financial advisers put their money where their mouths are? If not, how do they invest?

That’s the premise of a new book edited by Joshua Brown and Brian Portnoy. “How I Invest My Money,” published Tuesday, is already No. 2 on Amazon’s bestseller list in Investing, trailing only “Rich Dad, Poor Dad” by Robert Kiyosaki and ahead of “The Intelligent Investor” by Ben Graham.

Unfortunately, readers are buying the idea, not the execution. The book is a hodgepodge of blog posts by 25 financial advisers and money managers–some well known, like the authors, Christine Benz of Morningstar and Howard Lindzon of StockTwits, but the rest pretty obscure—who mix specific advice on investing with personal stories (some of them quite moving, by the way).

It’s a slim paperback—less than 200 pages, including lots of filler—that offers conflicting ideas and doesn’t provide a coherent roadmap for investors. And some of the advice is either irrelevant or even, in my view, just wrong,

But first you should know a couple of my own biases. I like investing books with consistent themes that give readers clear takeaways, such as “The Intelligent Investor” or “A Random Walk Down Wall Street” by Burton Malkiel or “Against the Gods” by Peter Bernstein. Brown and Portnoy might rightly say, hey, we’re offering something for everyone, but they made little effort, except for a slapdash conclusion, to extract common themes. Maybe because there weren’t many.

Second, I think the passive vs. active investing debate ended long ago, and indexing won hands down. So, for several contributors to still be pushing individual stocks or, even worse, actively managed mutual funds is—well, what can I say?

Some of them, like Brown, say they buy this stuff just because they like to, and one manager, Jenny Harrington, buys only dividend-paying stocks in her portfolios, which is more defensible. But for the vast majority of people, low-cost indexing is the only way to go: “Nearly all of us nearly all of the time should own stock and bond beta index funds (or ETFs)…and then get on with life,” Portnoy writes.

And indeed, that’s what most of these advisers do, mainly through Vanguard, it seems. More importantly, and here I think there was some consistency throughout, they emphasize human capital—investing in yourself and your career. This is especially germane to business owners, who invest big chunks of their cash flow in their own enterprises with the belief it will pay off later.

But it applies to employees and independent contractors as well: Your career will help you build wealth far more than your investments will, and putting in the time and money to improve your skills will make you more marketable and translate into long-term financial security. Many contributors also recommend building deep emergency funds, particularly timely advice in the age of COVID.

The book is best when it presents the narratives of people who appear to be privileged but had childhoods marked by instability, even poverty. No wonder so many of them seek financial security and see money as the path to independence. I commend Brown and Portnoy especially for including the stories of Black financial professionals, which I found particularly poignant. (They also feature several women.) I came away with more respect for and understanding of many of the contributors who seem like good people who want to help their clients as well as themselves.

But I was surprised to see some of them say they bought their homes with cash rather than a mortgage. Nice work if you can afford it, but with rates so low, buying a home with a mortgage is a no-brainer these days because the lender takes on most of the risk and your small down payment frees the rest of your assets for investing in retirement plans or college savings accounts for your kids. And you can always add on extra each month to pay off your mortgage quicker.

Some of the investments mentioned by the higher-end advisers—hedge funds, private real-estate partnerships, early-stage venture capital—are simply out of reach for most people. One even recommended buying art at auction because it “consistently holds its value over time and in all economic conditions.”

But when was the last time you bought art as an investment? For me it was during the Gilded Age, when in a previous life as Henry Clay Frick I bought up boatloads of Rembrandts and Vermeers to decorate my mansion on Fifth Avenue.

Just kidding, of course, but it illustrates the book’s main problem: The good, practical suggestions throughout are scattered among boilerplate prescriptions (pay yourself first, don’t spend too much) and ultra-elite niche advice that seems particularly discordant now. So readers have to do most of the work in finding what’s meaningful. In “How I Invest My Money,” the signal is too often drowned out by the noise.

Now read: These are the 8 most popular books about money and investing ever

And: 9 books about financial markets you really should read

Canopy Growth Corporation (CGC) Stock Sinks As Market Gains: What You Should Know