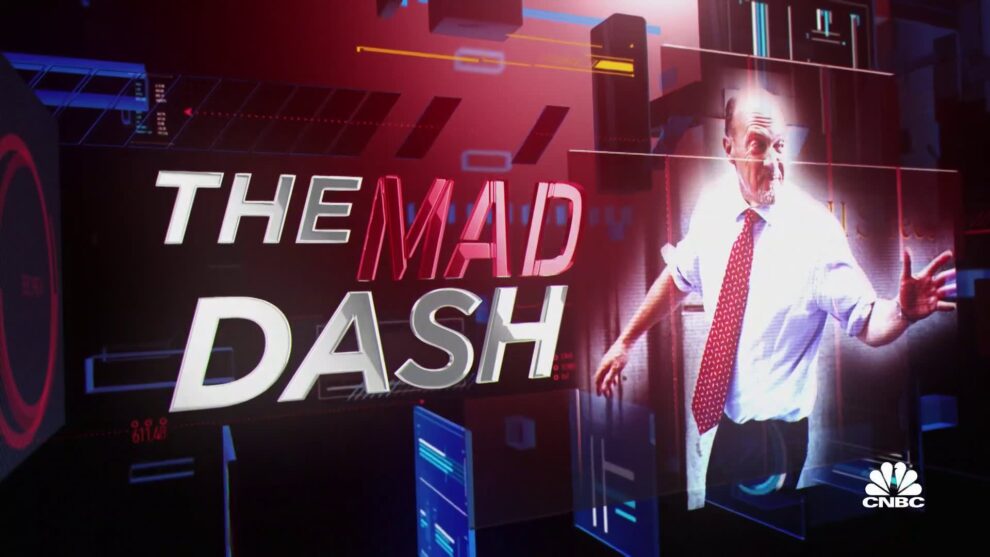 Growth in mainframe sales helped IBM avoid slipping back into a pattern of declining revenue. The company faces a high bar for free cash flow in 2023 and 2024. Read more...

IBM CEO Arvind Krishna speaks at a panel session at the World Economic Forum in Davos, Switzerland, on Jan. 17, 2023.

IBM reported quarterly revenue on Wednesday that topped analysts’ estimates, driven by higher-than-expected growth in the company’s software and infrastructure segments. Here’s how the company did:

Analysts had expected IBM’s total revenue to decline for the first time in two years, but it ended up being flat, according to a statement. Net income rose 16% to $2.71 billion.

On Tuesday Microsoft highlighted a slowdown in new business in December, but IBM CEO Arvind Krishna said he was not seeing that pattern.

“I see that our clients do want to do new development,” Krishna said.

The company plans to cut around 3,900 jobs, representing 1.5% of IBM’s workforce, CNBC confirmed. Bloomberg reported earlier on the cuts. IBM said it expects to record a first-quarter charge of $300 million tied the spinoff of Kyndryl, its managed infrastructure business, and the divestiture last year of its Watson health-care unit.

IBM’s software segment posted $7.29 billion, which works out to nearly 3% growth and above the $7.12 billion consensus among analysts polled by StreetAccount.

The company picked up $4.77 billion in revenue from consulting, up 0.5% and slightly lower than the $4.8 billion consensus from StreetAccount.

The company is also lengthening the useful life of servers and networking equipment, starting Jan. 1, which will boost pre-tax income by over $200 million, Kavanaugh said. Amazon and Microsoft have previously made similar changes.

During the quarter, IBM revealed a plan to invest $20 billion in New York’s Hudson Valley area over the course of a decade. The company also announced a next-generation quantum computer featuring 433-qubits and the acquisition of Octo, one of a handful of consulting companies IBM has absorbed since spinning out Kyndryl in 2021.

IBM outperformed its tech peers in 2022, the worst year for the Nasdaq since 2008. IBM rose 11% last year and was one of only two U.S. tech companies valued at $50 billion or more to notch gains. The other was VMware, which agreed in May to be acquired by Broadcom for $61 billion.