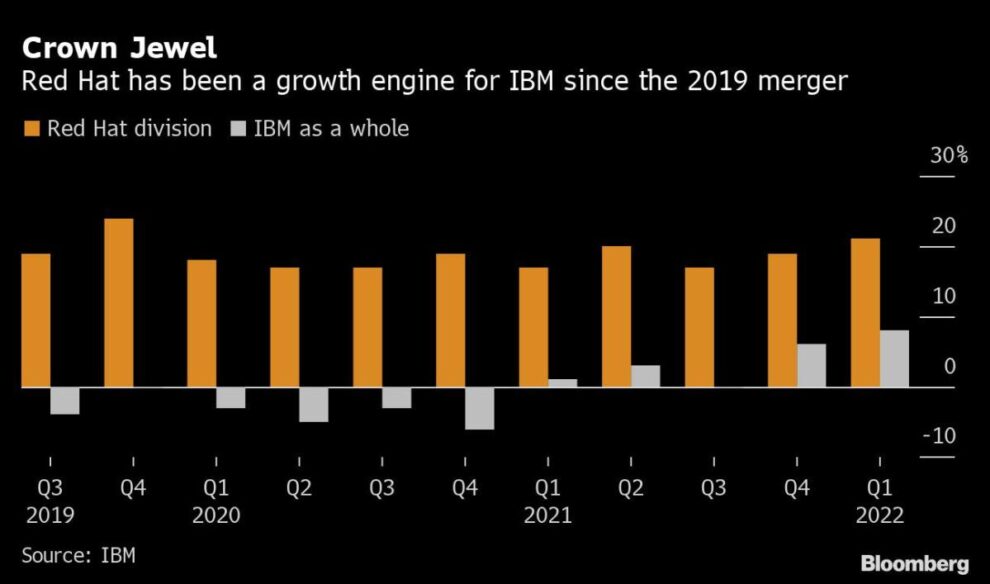 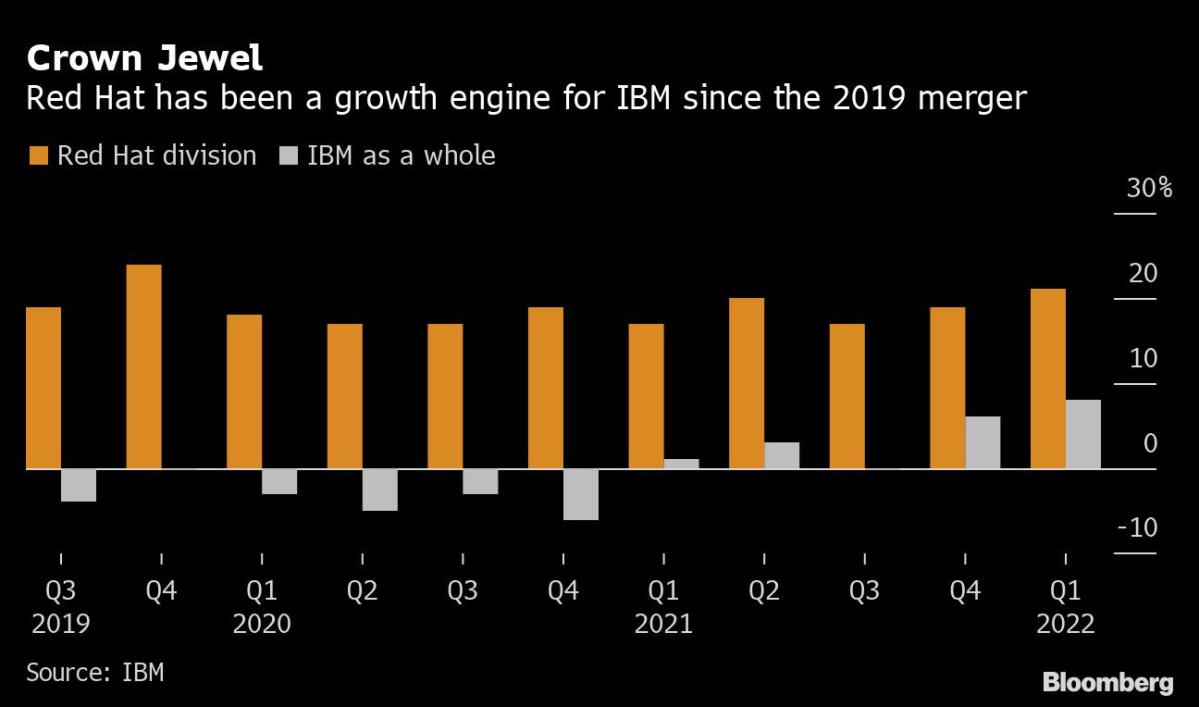 Hicks takes over as the software unit’s chief executive officer and president from Paul Cormier, who will serve as chairman. “Paul and I have planned this for a while,” Hicks said Tuesday in an interview. “There’ll be a lot of similarities in what I did yesterday and what I’ll be doing tomorrow.”

International Business Machine Corp. acquired Red Hat for about $34 billion in 2019 as a central component of Chief Executive Arvind Krishna’s plan to steer the century-old company into the fast-growing cloud-computing market. As a division, Red Hat’s has seen steady revenue growth near 20%, far outpacing IBM as a whole.

IBM hopes to distinguish itself in the crowded cloud market by targeting a hybrid model, which helps clients store and analyze information across their own data centers, private cloud services and servers run by major public providers such as Amazon.com Inc. and Microsoft Corp. IBM has been a rare pocket of stability in the recent stock market meltdown. The shares have gained 4.1% this year, closing at $139.18 Tuesday in New York, compared with a 28% decline for the tech-heavy Nasdaq 100.

“Together, we can really lead a a new era of hybrid computing,” said Hicks, who joined Red Hat in 2006. “Red Hat has the technology expertise and open source model — IBM has the reach.”

Hicks said demand for hybrid cloud and software services should remain strong despite questions about the global economic outlook, touting recent deals with General Motors Co. and ABB Ltd. The telecommunication and automotive industries are two areas he is targeting for expansion because they require geographically distributed data.