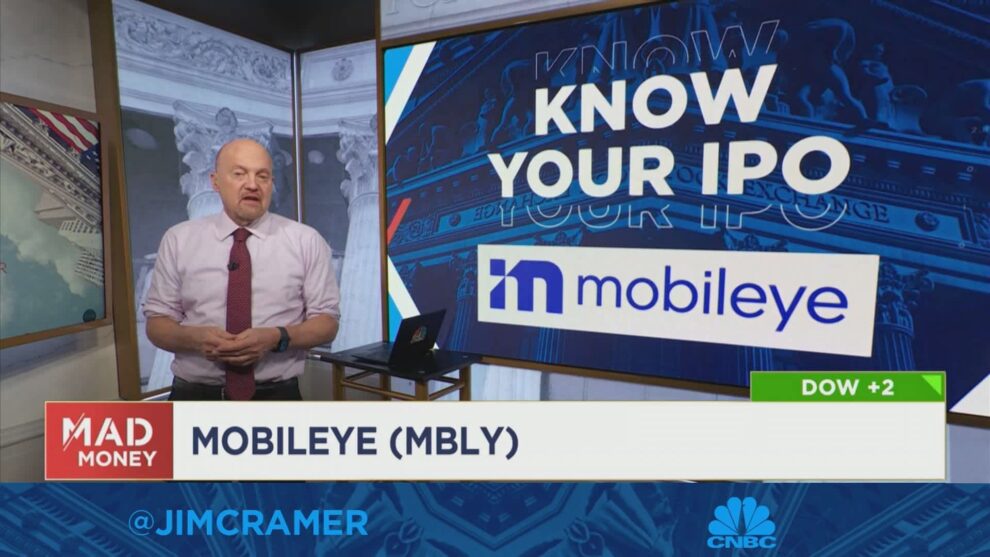 Intel said that it intends to find cost reductions and efficiencies worth up to $10 billion through 2025. But guidance for the full fiscal year came up short. Read more...

Intel CEO Pat Gelsinger speaks during the Mobileye Global Inc. IPO at the Nasdaq MarketSite in New York on Oct. 26, 2022. Mobileye Global Inc., the self-driving technology company owned by Intel Corp., priced one of the biggest US initial public offerings of the year above its marketed range to raise $861 million.

Intel shares moved as much as 7% higher in extended trading on Thursday after the chipmaker announced lower-than-expected earnings guidance for the full fiscal year but said it will deliver up to $10 billion in cost reductions and efficiency improvements.

Overall revenue declined 15% year over year in the quarter, which ended on Oct. 1, according to a statement. In the previous quarter, revenue declined 22%. The company’s net income, at $1.02 billion, was down from $6.82 billion in the year-ago quarter.

“We are planning for the economic uncertainty to persist into 2023,” CEO Pat Gelsinger said on a conference call with analysts. A global recession is possible, said Intel’s finance chief, David Zinsner.

Intel said it’s aiming for $3 billion in reductions of cost of sales and operating expenses in 2023, and amount of annual savings will reach $8 billion to $10 billion by the end of 2025. Bloomberg reported earlier this month that Intel was planning to cut employees, possibly in the thousands, in a bid to lower costs. Days later the Oregonian reported that Gelsinger warned employees that the company would be instituting cost-cutting measures.

“Inclusive in our efforts will be steps to optimize our headcount. These are difficult decisions affecting our loyal Intel family,” Gelsinger said on Thursday’s call.

The company’s Client Computing Group that includes PC chips generated $8.12 billion in revenue, down 17% but above the $7.58 billion consensus among analysts polled by StreetAccount. Technology industry researcher Gartner said that in the third quarter PC shipments declined almost 20%, after two years of consumers buying computers to work, study and play games from home during the pandemic.

Intel said demand for PCs softened in the quarter mainly in consumer and education markets, while device makers reduced their inventories.

The company’s Datacenter and AI segment, including server chips, memory and field-programmable gate arrays, posted $4.21 billion in revenue, down 27% and lower than the StreetAccount consensus of $4.67 billion.

“The data center TAM is holding up better, although enterprise in China continued to show signs of weakness, as do some, but not all, cloud customers,” Gelsinger said. In the data center category, Intel grew share slower than the rest of the market, he said.

The Network and Edge segment segment that features networking products kicked in revenue of $2.27 billion, which was up 14% and less than the $2.40 billion StreetAccount consensus.

During the quarter Intel said MediaTek would rely on Intel Foundry Services for chip manufacturing, and the company broke ground on a production facility in a planned investment in Ohio exceeding $20 billion.

And on Wednesday Intel-backed autonomous-driving technology company Mobileye started trading on the Nasdaq. Intel bought it in 2017 and retains control of the company.

Notwithstanding the after-hours move, Intel shares have fallen nearly 49% so far in 2022, while the S&P 500 index is down about 20% over the same period.

WATCH: Cramer breaks down what Intel’s spinoff of Mobileye means for the market