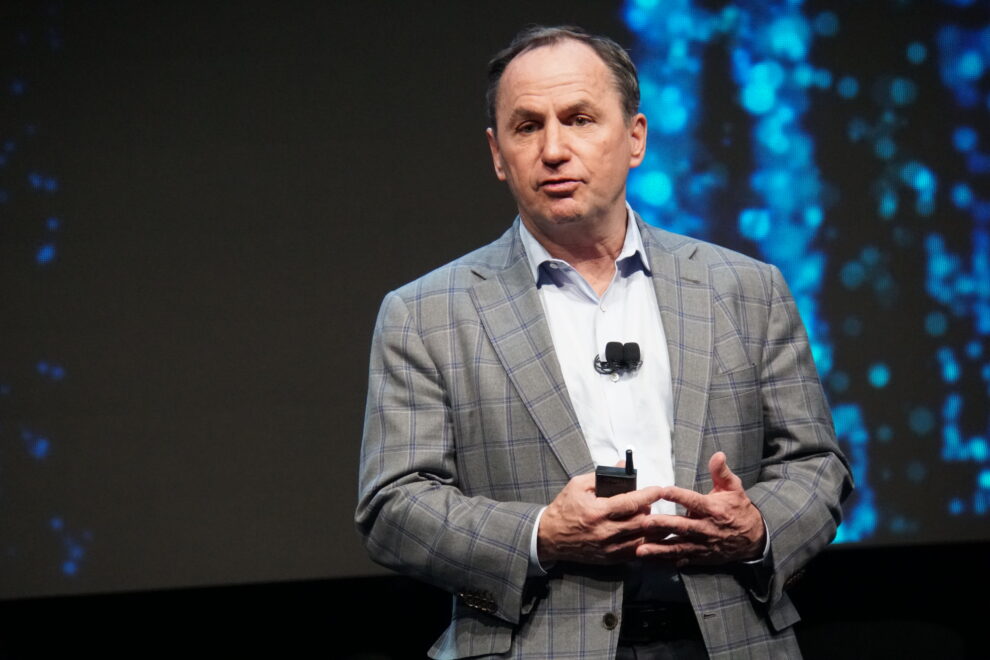 The pandemic fueled growth in Intel's PC business, but data center spending fell off in the quarter. Read more...

Intel shares fell as much as 10% in extended trading on Thursday after the company reported fiscal third-quarter earnings that were stronger than analysts had expected but showed new weakness in its data center business.

Overall, Intel’s revenue in the quarter, which ended Sept. 26, declined 4% on an annualized basis, according to a statement. In the prior quarter revenue had increased 20%.

Intel’s Data Center Group came up with $5.91 billion in revenue, down 7% and less than the FactSet consensus estimate of $6.21 billion. Intel said revenue from enterprises and governments went down 47% after two quarters of growth above 30% because of the coronavirus pandemic, but cloud revenue in the quarter grew 15%. Average selling price across the division was 15% lower than in the year-ago quarter.

Intel’s largest business, the Client Computing Group that sells PC chips, produced $9.85 billion in revenue, up 1% year over year and above the $9.09 billion consensus among analysts polled by FactSet. Earlier this month technology research company Gartner estimated that PC shipments grew 3.6% in the third quarter, as people kept buying machines to work and study from home.

Intel’s Non-Volatile Memory Solutions Group had $1.15 billion in revenue, down about 11% and lower that the $1.50 billion consensus. On Tuesday South Korean memory maker SK hynix said it would buy part of that division, Intel’s NAND memory and storage business, for $9 billion.

Intel’s operating margin narrowed to 27.6% from 33.6% in the year-ago quarter. Operating margin for the Data Center Group reached 32%, down from 49%.

During the quarter Intel did not announce progress on its goal of increasing the ranks of women and minorities in leadership positions. The company last issued statistics in December, saying that 72.6% of its global employees were male and that 61.2% of U.S. employees were White or Asian.

Shares of competing chipmaker AMD rose 2% in extended trading after the announcement.

Executives will discuss the results with analysts on a conference call starting at 5 p.m. Eastern time.

The Fed: Industrial output slumps in January for fourth decline in past five months