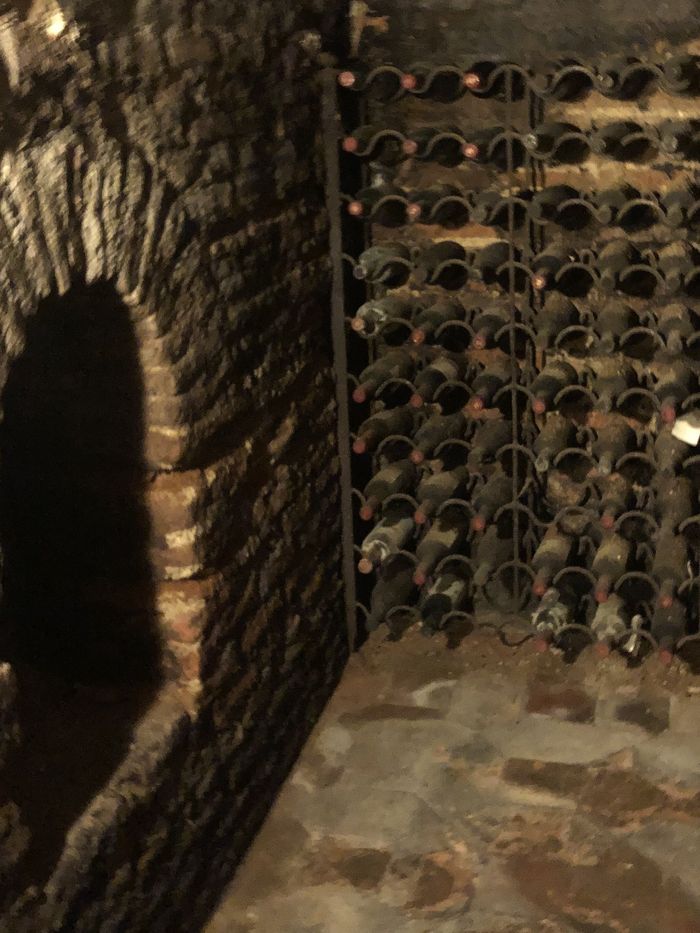 Among Spaniards the cherished tradition of a summer holiday has been thrown into question by rising prices. Read More...

It’s an early summer afternoon in Madrid, and the world’s oldest restaurant is abuzz with a cacophony of tourist and local voices, knives and forks, bottles and glasses.

But just as the famed Restaurante Botín sees business returning to normal after the Spanish capital’s pandemic lockdowns, it has another challenge to overcome: soaring inflation. Retail prices in the Iberian nation surged 10.2% in June — a 37-year high and among the loftiest inflation rates in the euro area.

The costs of keeping the lights on and diners cool at the 300-year-old establishment have been a strain, reported co-owner and manager Antonio González, who estimated his electricity bill is roughly 70% higher than it was just a year ago. Yet he has only passed 2% of that on to customers.

“We can’t raise prices more, probably, because we survive by our clients and you can’t tell them, ‘Listen, prices are going up 10% because my costs are up that much.’ People won’t understand,” González told MarketWatch in an interview last week.

Spot electricity prices in Spain averaged $162.26 per megawatt-hour between June 4 and July 4, lower than Germany’s $236.41, but more than twice the U.S.’s $72.75 during that same period, according to International Energy Agency data. Behind the doubling and even tripling of prices at times over the past year has been Russia’s invasion of Ukraine and the resulting disruption of global commodity markets.

Resting at the foot of Plaza Mayor, Botín is directly in the path of some of the city’s heaviest tourist foot traffic. That fact helps keep the restaurant’s four available floors occupied, including the famous cavernous chamber and the 16th-century wine cellar, reached by a tiny staircase. The eatery, purchased by González’s grandparents in 1930, has, along with its location, two further bits of good fortune in its favor, according to their grandson: Hemingway and history.

“We lunched upstairs at Botín’s. It is one of the best restaurants in the world,” wrote Ernest Hemingway in the 1926 novel “The Sun Also Rises,” of the eatery famed for its roast suckling pig and lamb dishes. In 1987, Botín earned a spot in the Guinness Book of World Records as the world’s oldest restaurant.

Near the medieval Plaza de la Villa, not far from Botín, a pair of American travelers were working up an appetite to dine at the restaurant, which was on their checklist of Hemingway haunts to visit. While they weren’t likely to notice a slightly pricier menu, Danielle Walsh, 35, and her spouse, Jessica Schilling, 29, had seen plenty of inflation elsewhere.

The Boston couple told MarketWatch that their two-week tour of Spain kicked off with a ticket to Portugal, purchased in February, before war broke out on European soil.

“We actually chose going to Porto because the flights coming to Spain were more expensive,” said Schilling. They then hopped a plane over to Seville, observing that “smaller flights have been really expensive,” and drove to Granada, up to Barcelona and then back down to Madrid.

But their biggest shock came from a visit to a Spanish gas station. “It was so high,” Walsh said of the pump price. “We had a Mini. We used half a tank going from Sevilla to Granada and we had to fill it to return [the rental car], and filling half a tank on a Mini, which I can’t imagine is that big, was €45,” she said.

They said buying a half-tank of gasoline for their small SUV back home would have cost half as much, even as they acknowledged that gasoline prices have been rising in the U.S., too. Indeed, average gasoline prices per liter in Spain averaged $2.47 in June, versus $1.44 a year ago, according to GlobalPetrolPrices.com. In the U.S., the price was $1.355 in June, and $0.904 in that year ago.

From the archives (March 2022): Russia’s invasion of Ukraine is adding to inflationary pressures and ‘unsettling’ the stock market, in this strategist’s view

Fury over high gasoline prices in Spain provoked a crippling 20-day strike by truckers in March, and the government recently laid out a €9.5 billion package to help cushion Spaniards, comprising a 20-cent discount on a liter of fuel that’s been extended to the end of the year, reduced taxes on power bills, and direct government relief checks for poorer families.

Among locals, inflationary pressures have put their own cherished summer vacations at risk. Hotel chains in Spain are reportedly bumping up prices by as much as 15% to cope with higher costs, while global market research platform Appinio separately found that 30% of Spaniards surveyed will cancel their holidays this year due to high inflation.

Central banks across the world have struggled to contain soaring prices, exacerbated by the war and residual pandemic effects. The May inflation rate in Turkey exceeded 70%, while retail prices were up more than 50% in Argentina. Russia’s inflation rate was 17%-plus. Eurozone inflation surged to a record 8.6% in June, and a European Central Bank meeting later this month is expected to yield the first interest-rate hike in over a decade.

Despite elevated prices and airline scheduling woes, Americans remain eager to indulge their pent-up travel urges as the pandemic has waned.

“As of 25 June, US flight bookings for travel to Europe in July and August are at 96% of pre-pandemic (2019) levels and bookings for Spain are at 91%. The three most popular destinations for US travellers this summer are set to be Turkey, 75% ahead, Portugal, 42% ahead and Greece, 39% ahead,” said Olivier Ponti, vice president of insights at travel data and analytics company ForwardKeys.

In the busy Mercado de Madrid gourmet food marketplace, Denver native Alex Rodriguez was enjoying some local cuisine at the tail end of a 10-day trip to Spain with his wife and several other family members.

Rodriguez, 37, said prices seem reasonable in Spain, when he thinks back to his student days in London in 2008 when a pack of cigarettes would set you back $10. “Around here, our mini bar, our water prices, the wine, just seems so much cheaper to me and even from home, we travel a lot domestically, hit up a mini bar right? And this is the cheapest by far I’ve seen,” he said.

But he admits that as a dual-income household — he works as an attorney and his wife is an elementary school teacher — they probably aren’t being hit as hard by global price surges as others.

Rodriguez said they booked their trip through a travel agent, paying just over $10,000 per person. He also thinks Spain is just not that busy as they haven’t had to wait in any of their stops. “We can take our selfies and have no one in it, but at the same time, I understand that people around her are probably hurting.”

One American who will not be crossing the Atlantic anytime soon is 28-year old English teacher Christian Kelley. Living in Spain for six years now, three of those in Madrid, he is skipping a trip back home to Boston this year because the flights are just too expensive.